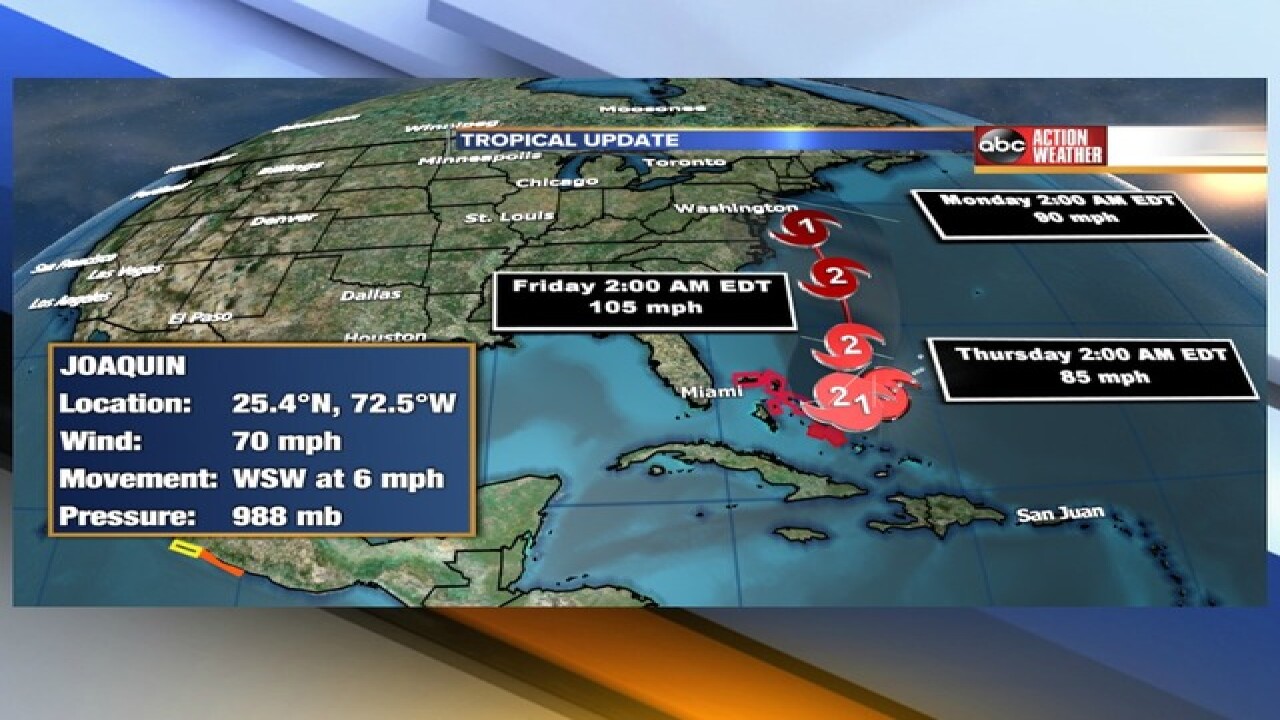 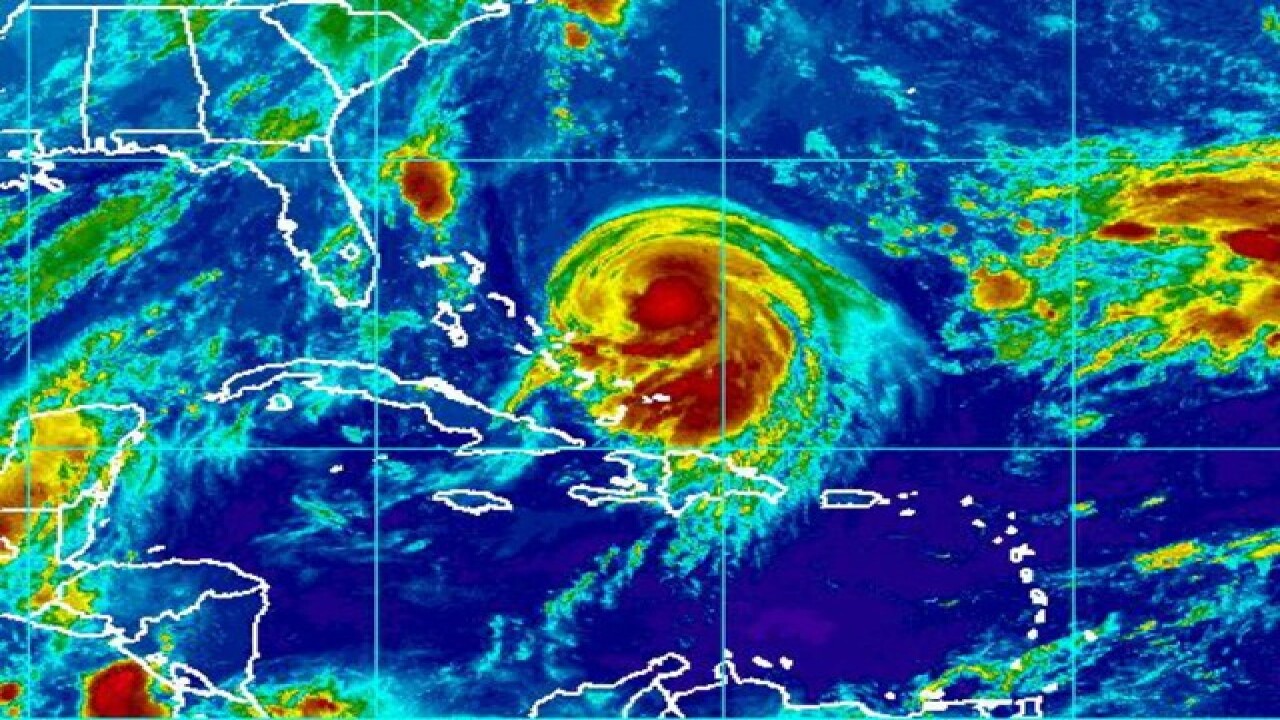 A hurricane warning has been issued for the central Bahamas as Tropical Storm Joaquin approaches.

The storm's maximum sustained winds early Wednesday are near 70 mph (110 kph). The U.S. National Hurricane Center says strengthening is expected and Joaquin is forecast to become a hurricane later in the day.

The storm is centered about 240 miles (390 kilometers) east-northeast of the central Bahamas and is moving west-southwest near 6 mph (9 kph).

Meanwhile in the Pacific, Marty has weakened to a tropical depression as it moves away from Mexico's coast.

Marty's maximum sustained winds have decreased to near 35 mph (55 kph) and it's expected to weaken to a remnant low later Wednesday or on Thursday. The depression is centered about 115 miles (185 kilometers) south-southwest of Zihuatanejo, Mexico.