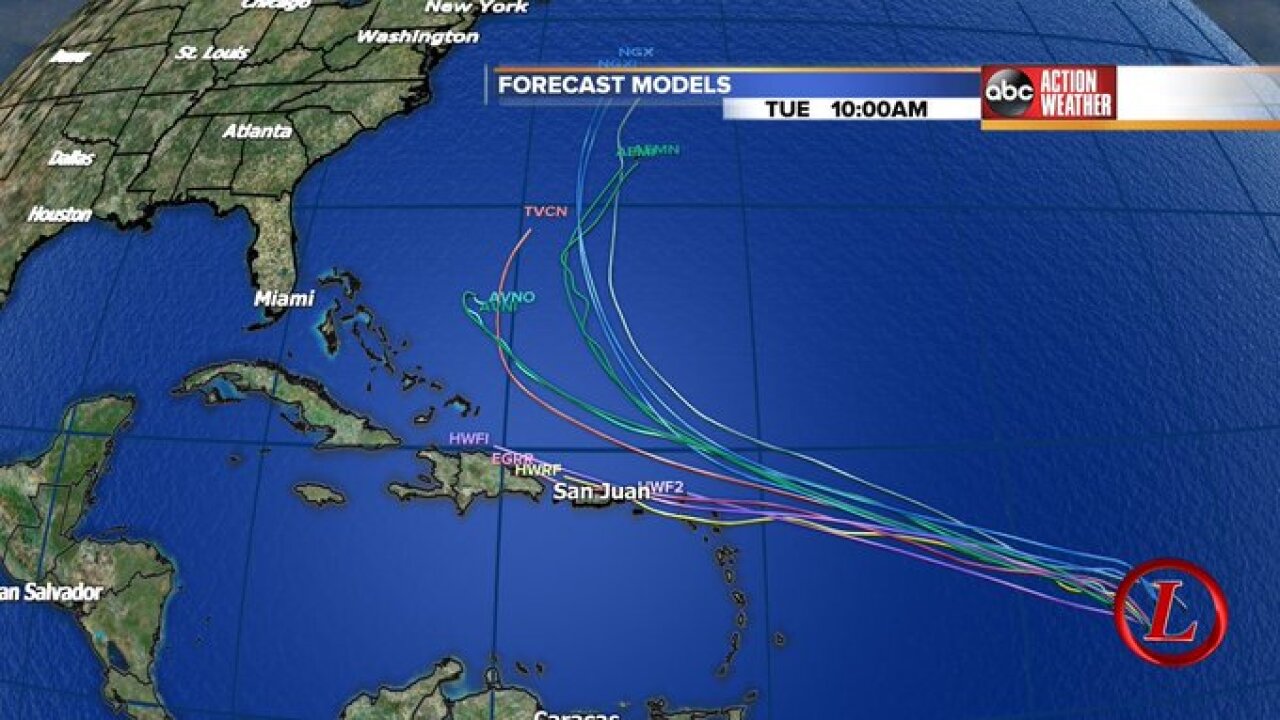 Tropical Depression 10 has formed in the central tropical Atlantic and could become a Tropical Storm later Tuesday.

TROPICS | TD #10 forms in the Atlantic. Right now, no worries for #Florida as most models keep this one in the Atlantic. You know the drill tho... Check back in as we head through the week for updates & changes. @abcactionnews #FLwx #Tropics pic.twitter.com/9SwqKMEsb9

Chief Meteorologist Denis Phillips said while TD-10 is worth watching, it's not a system Floridians will need to worry about just yet.

There are no coastal watches or warnings in effect but the National Hurricane Center says interests in the Northern Leeward Islands should monitor the progress of this system.