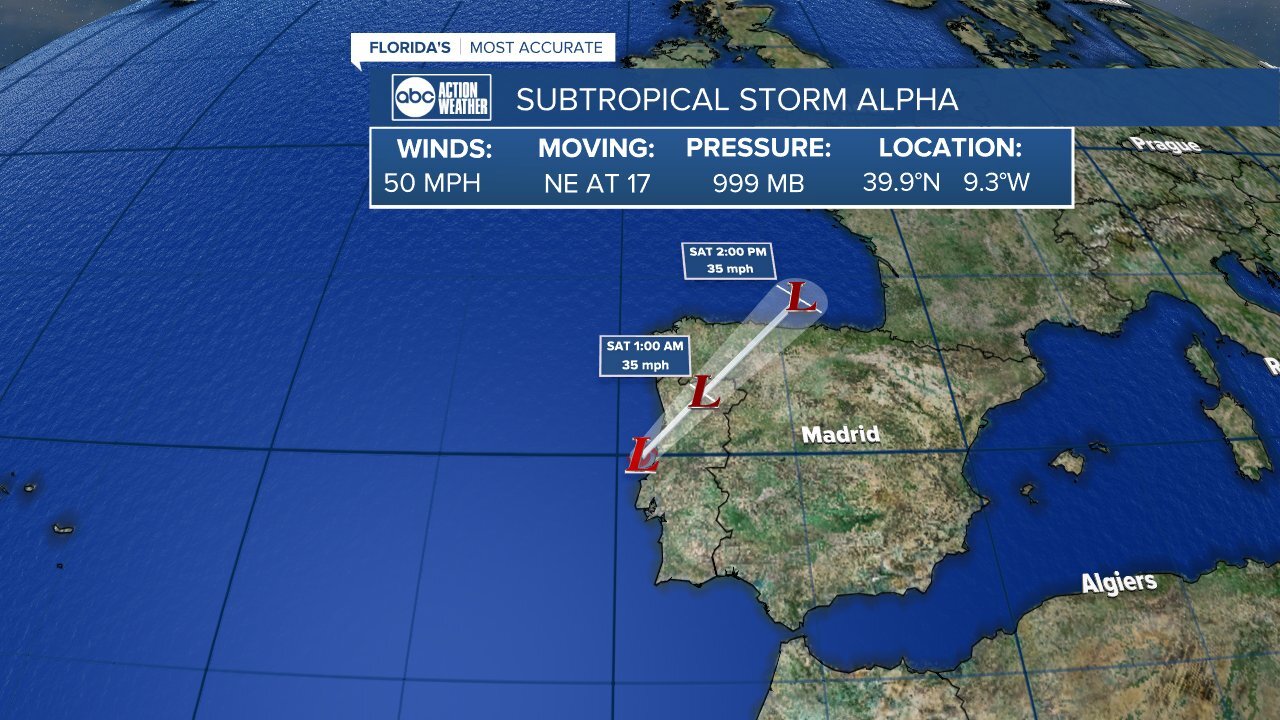 Subtropical Storm Alpha has formed in the Atlantic, marking only the second time in history we have gone through the entire English alphabet and needed to start using Greek letters.

The only time the Greek alphabet has been used for storm names was during the historic 2005 hurricane season, which had 28 named storms, including Hurricanes Katrina, Rita and Wilma.

The system is near Portugal and is expected to bring winds and rain to that area, but it will be short-lived, the National Hurricane Center says.

Alpha is 75 miles north of Lisbon, Portugal with 50 mph winds. The system is moving northeast at 17 mph.

Here are the Greek names for the 2020 Atlantic Hurricane Season for reference. pic.twitter.com/YsrpliN9fF

Alpha is described as a small storm.