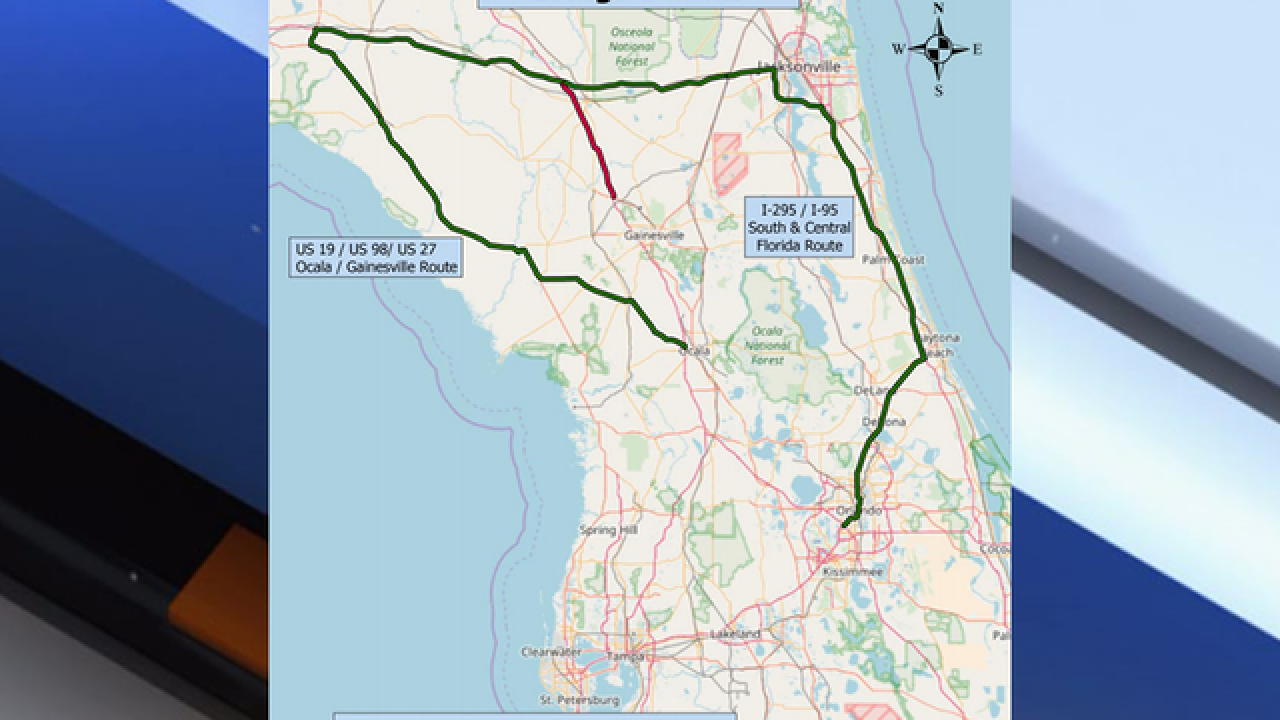 UPDATE | The Florida Department of Transportation announced that I-75 will remain open, as flood waters have been receding on the Santa Fe River. As of this morning, FDOT engineers and state meteorologists do not believe that the Santa Fe River will reach a level to make the interstate unsafe.

On Wednesday, FDOT and the Department of Highway Safety and Motor Vehicles announced that due to unprecedented flooding of the Santa Fe River, there was a potential for I-75 to close for motorist safety.

Because of high water levels of the Santa Fe River, US 41 and US 27 remain closed. Once these highways are safe, they will be reopened to motorists.

ORIGINAL STORY | As if Hurricane Irma evacuees didn't have enough troubles getting back to the bay area, now there's the threat of flooding that could shut down I-75.

The Florida Department of Transportation is closely monitoring the Sante Fe River under I-75 near mile mark 408 in Alachua County. The small bridge is south of I-10 and north of Gainesville.

FDOT says the river is expected to crest at historic and unprecedented levels. It's risen 15 feet within the past 36 hours due to heavy rainfall from Hurricane Irma.

For drivers heading to the bay area, prepare for significant delays. If the river floods, it will require the full closure of I-75 south of I-10 and north of U.S. 441. The Florida Highway Patrol will reroute traffic.

As of 12:45 p.m. Wednesday, the interstate remained open. Check back for updates.