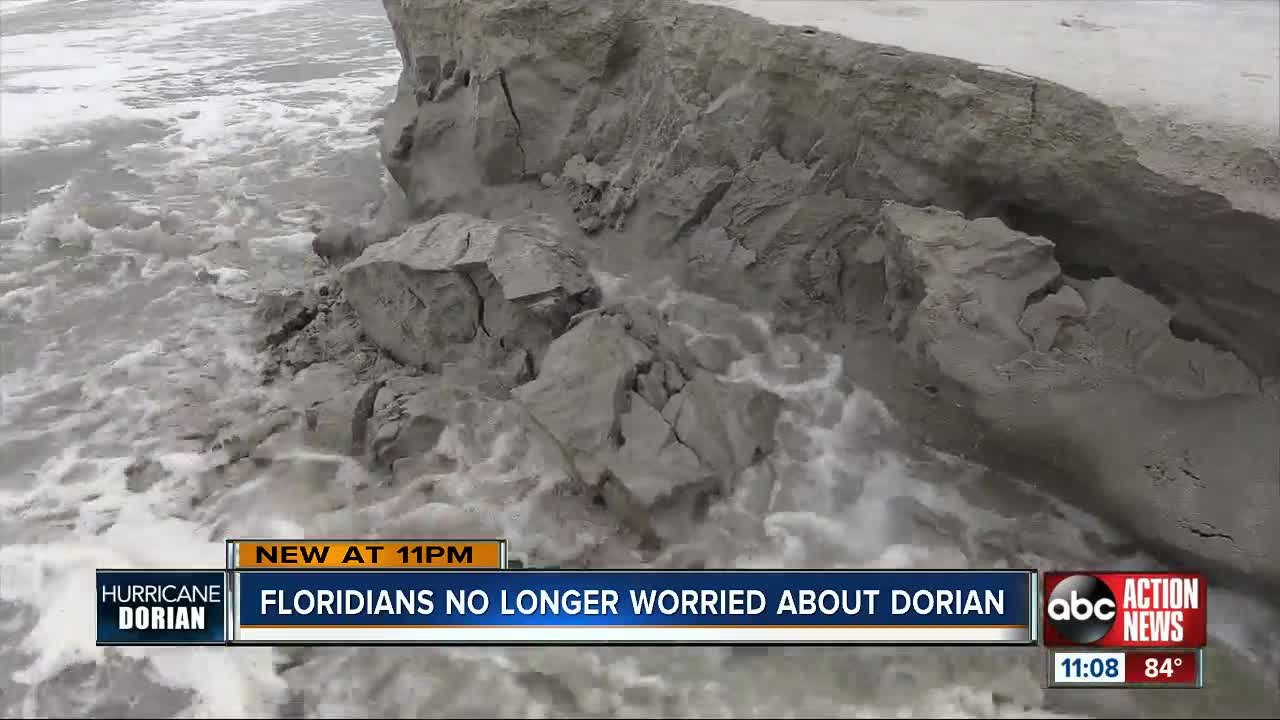 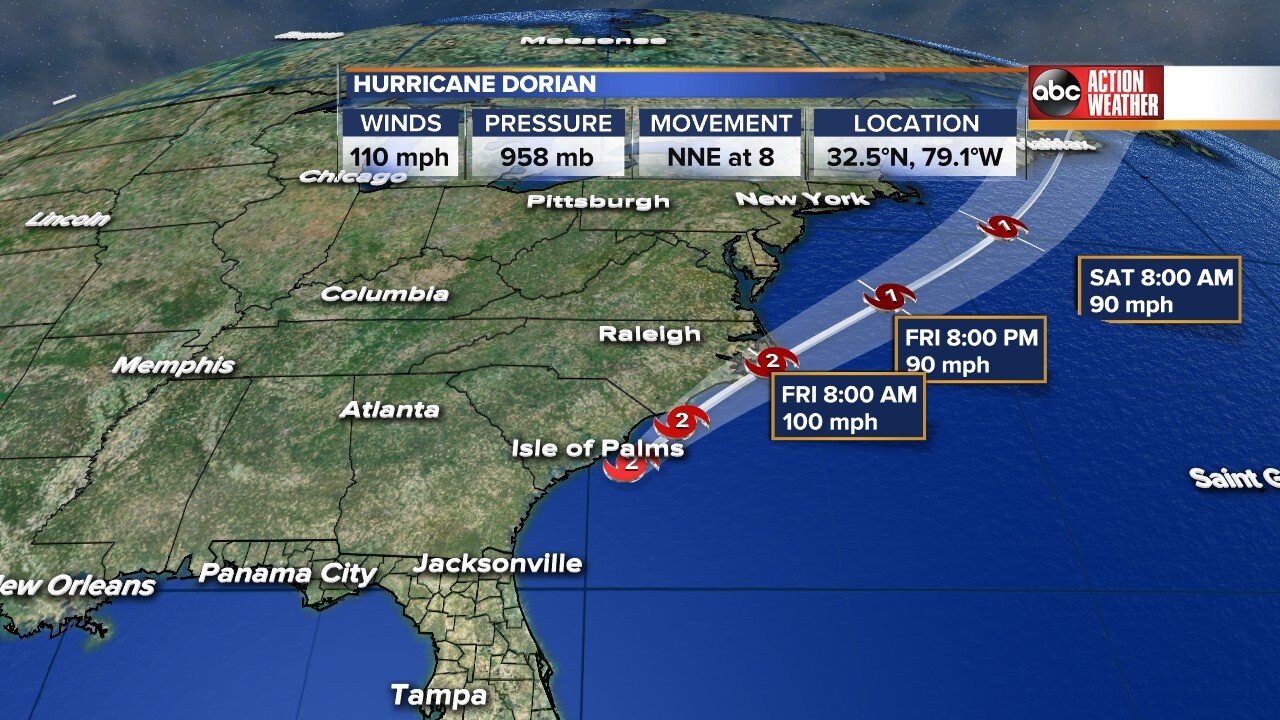 That's what Floridians are saying after the center of the now Category 2 hurricane crossed into Georgia Tuesday evening.

Dorian is packing winds of up to 110 mph and is moving north-northeast at about 8 mph. The hurricane is about 50 miles east-southeast of Charleston and about 140 miles south-southwest of Wilmington, North Carolina, according to the National Hurricane Center's 11 a.m. update.

Officials in the Bahamas say at least 20 people died from the catastrophic hurricane.

After the eye of Dorian made a second landfall on Great Abaco Island near Marsh Harbour, it tied for the strongest Atlantic hurricane landfall on record with the 1935 Labor Day hurricane.

Everything you need to know to be prepared this hurricane season