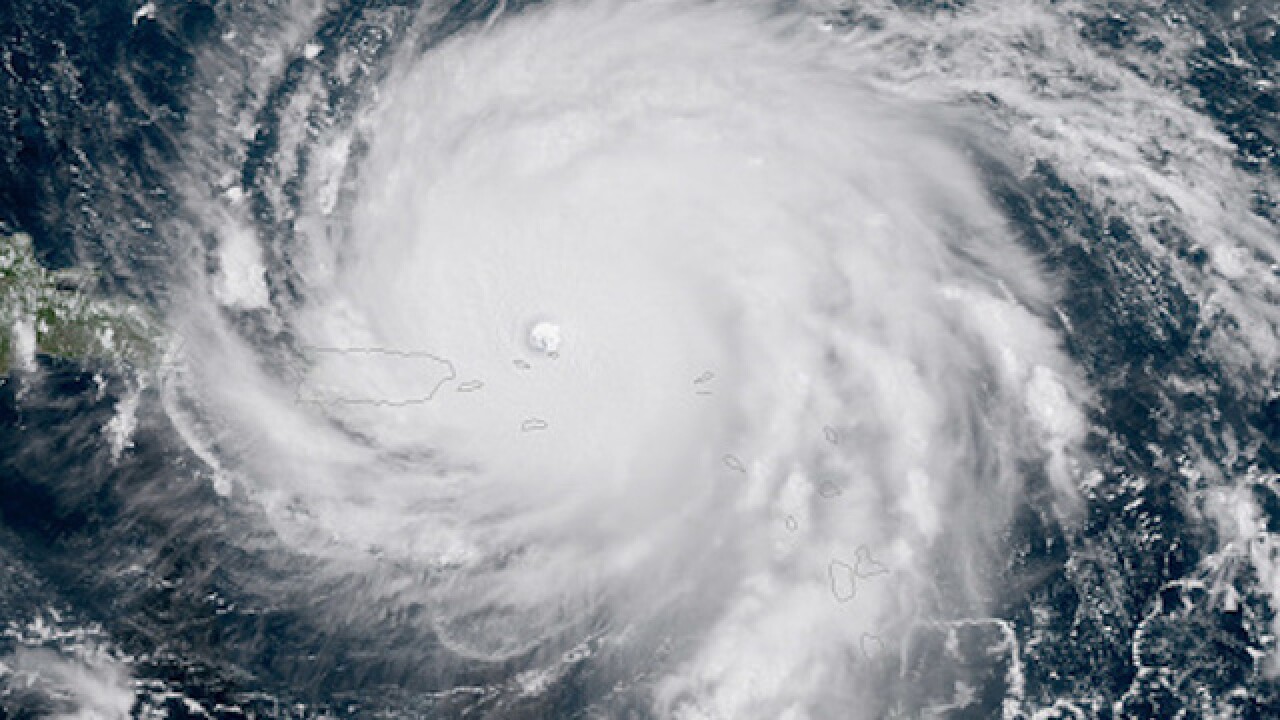 Copyright 2017 Scripps Media, Inc. All rights reserved. This material may not be published, broadcast, rewritten, or redistributed.
Handout
<p>CARIBBEAN - AUGUST 25: In this NOAA handout image, NOAA's GOES satellite shows Hurricane Irma as it makes its way across the Atlantic Ocean in to the Caribbean -- a category 5 storm with winds as high as 185 miles per hour -- today at about 3:15 pm (eastern), September 6, 2017. (Photo by NASA/NOAA GOES Project via Getty Images)</p>

Several counties in Florida have been ordered to evacuate as Hurricane Irma looms in the Atlantic, according to the county's public information office.

Click here to find out which evacuation zone you are in.

C lick here to find out which evacuation zone you're in.

Additional evacuations are expected throughout the state. All Floridians should pay close attention to local alerts and follow the directions of local officials.

Irma has set a record as the first hurricane to reach wind speeds of 180 miles per hour Caribbean and Gulf of Mexico.