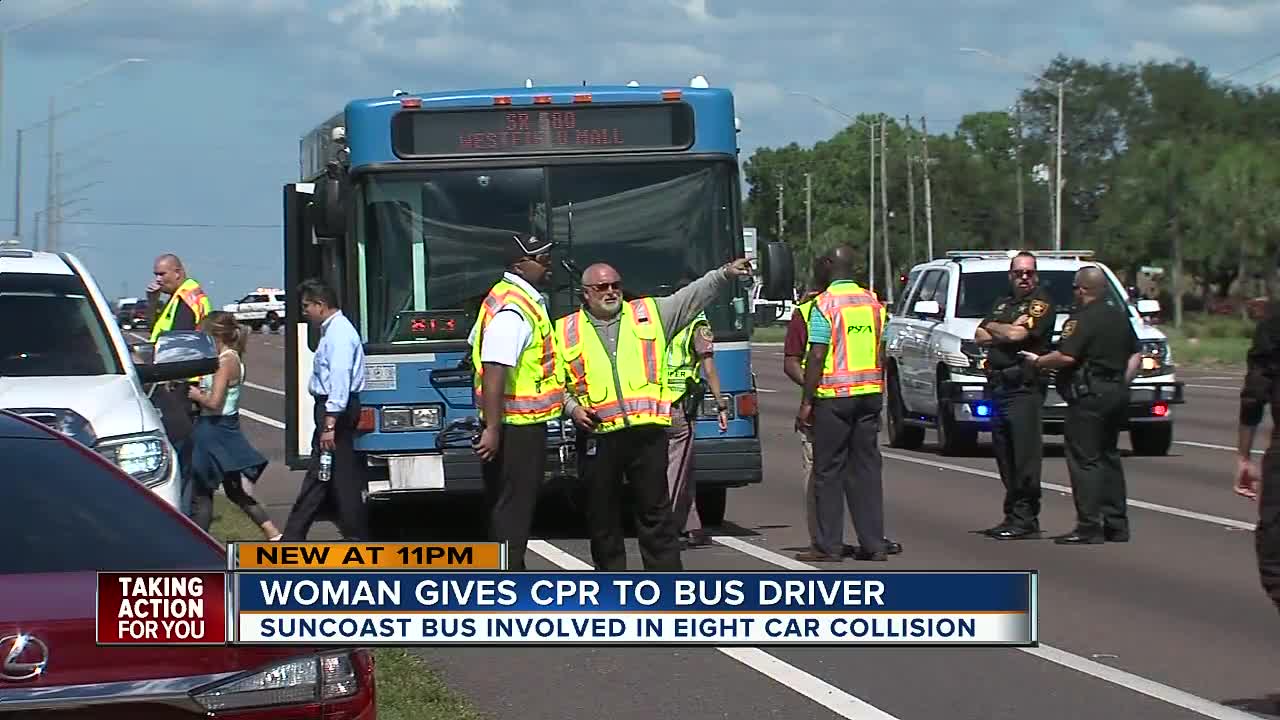 A crash involving nine vehicles, including a PSTA bus, shut down a portion of US-19 in Pinellas County on Thursday. 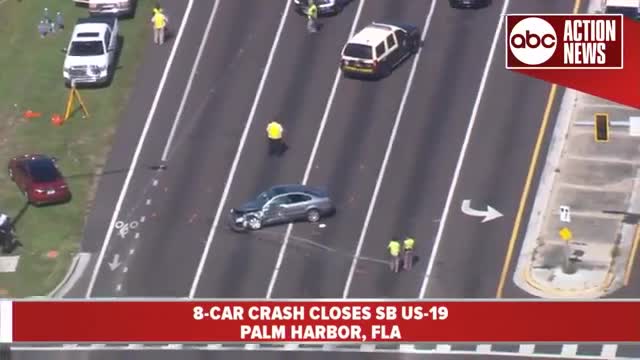 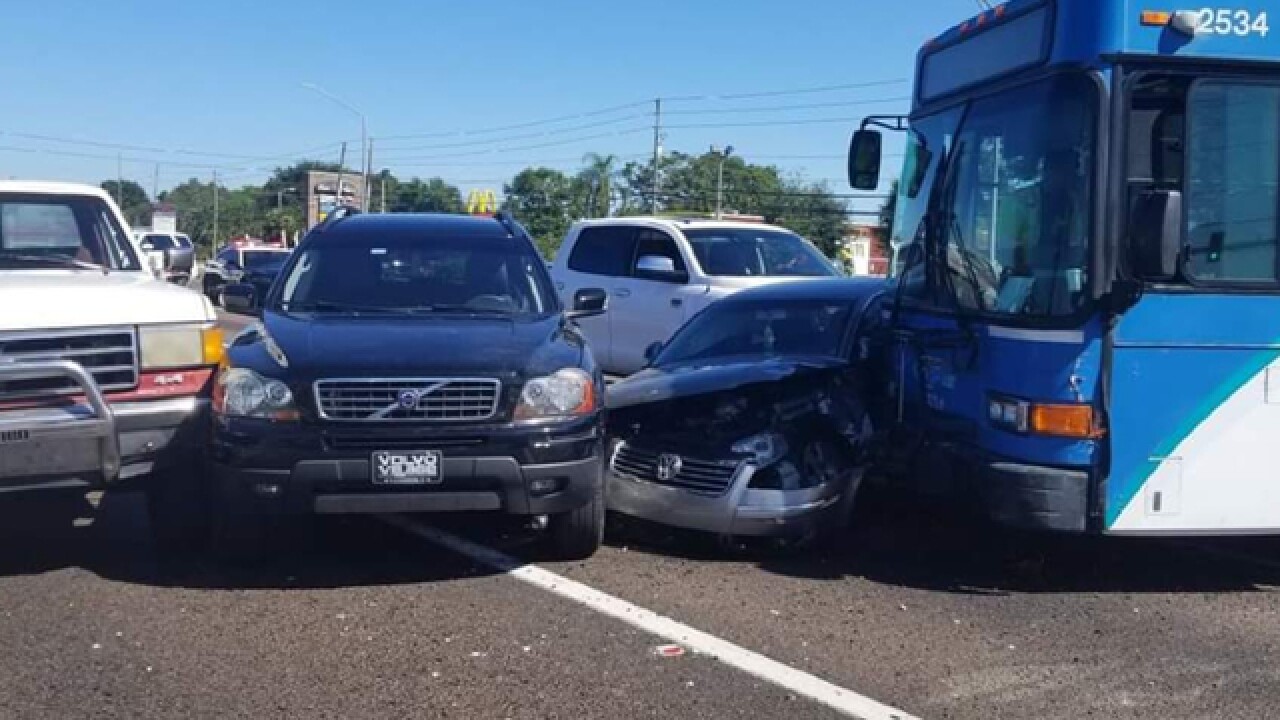 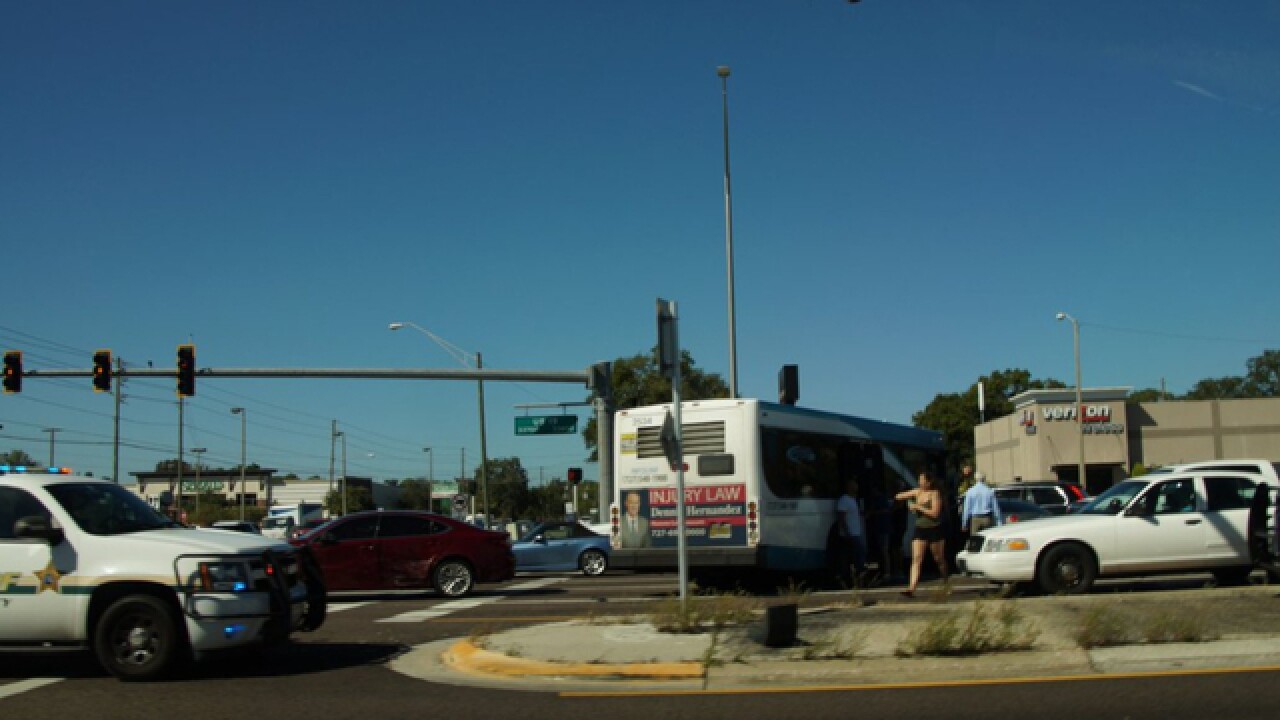 PALM HARBOR, Fla. — A crash involving nine vehicles, including a PSTA bus, shut down a portion of US-19 in Pinellas County on Thursday.

Florida Highway Patrol says the 56-year-old driver of the bus suffered a medical episode. He is currently in critical condition at an area hospital.

"A gentleman was trying to pry the doors open on the bus. He's like he's unresponsive. They kept prying and prying. It took about three guys," said Crystal Moore.

Moore said she performed CPR on the bus driver until two officers arrived.

"I immediately was like okay, get him out of the chair, put him on the ground so I can do CPR. I know CPR," said Moore.

The crash happened around noon near the intersection of US-19 and Nebraska Ave and closed down multiple lanes for several hours. Officials say the closed lanes re-opened around 2 p.m.

According to FHP, there were 11 people other than the bus driver involved in the accident, but only minor injuries were reported.

Moore said she learned CPR because she has six kids. She encourages others to become CPR certified.

"I have been shaken up all day," said Moore.