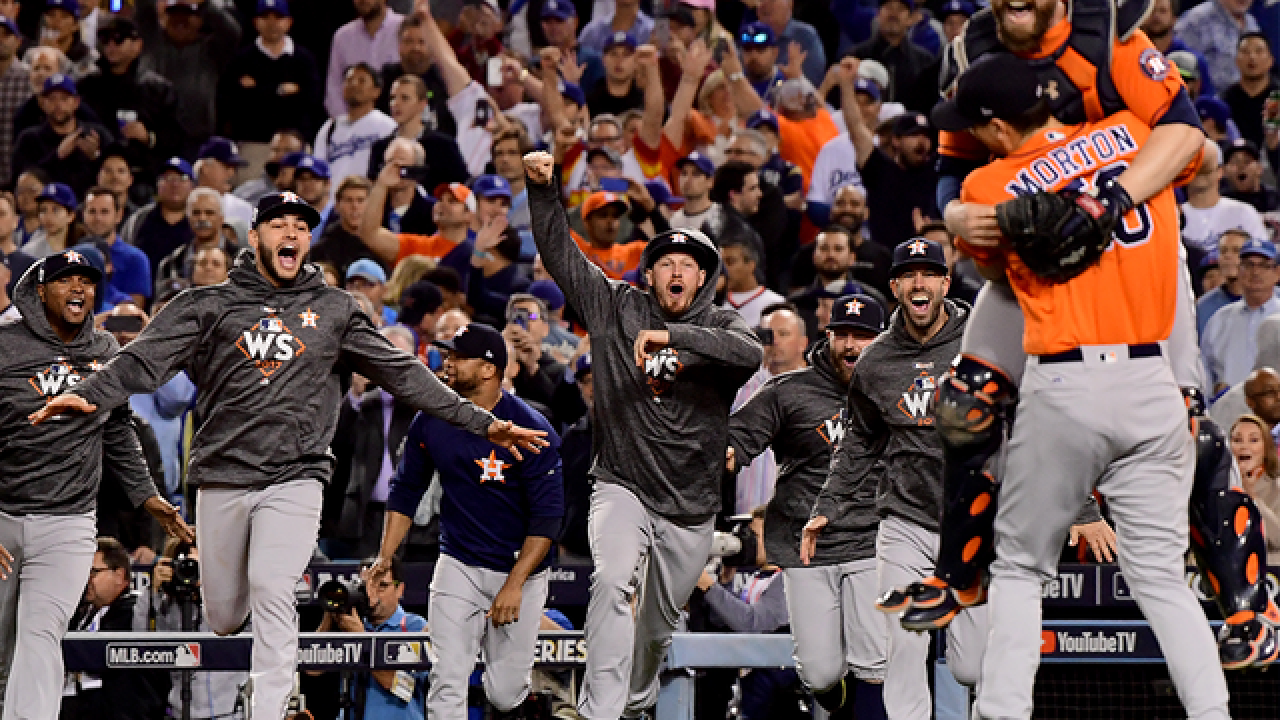 Many fans played catch in front of City Hall, where a rally will he held after the parade begins at 2 p.m. The crowd roared with cheers and applause when someone started playing Queen’s classic song, “We Are the Champions.”

Several cars drove along the parade route before the roads were closed to traffic, honking their vehicles’ horns as drivers and passengers waved to fans along the way.

Manuel Mejia and his 15-year-old son, Jonah, had snatched a key spot along the route by 9 a.m.. The pair set up four foldable chairs at a street corner where they’ll be able to see the start and end of the parade.

“I’m just trying to get a good spot. It’s going to get packed,” the 43-year-old father said, noting he’s been an Astros fan since his father took him to his first Astros game when he was 8 years old.

But he said the World Series win is great for all of Houston, as the city continues to recover from Hurricane Harvey and the devastating rains and flooding that followed the storm.

“For the city, this is great,” Mejia said.

The Astros took home their first championship in franchise history with a Game 7 win Wednesday in Los Angeles against the Dodgers. Playing for a city still recovering from Hurricane Harvey, and wearing an “H Strong” logo on their jerseys, the Astros won the title that had eluded them since they started out in 1962 as the Colt .45s.

The new champs will be honored with a parade that will travel through downtown Houston, culminating in a rally where Houston Mayor Sylvester Turner will be the master of ceremonies.

The Houston school district cancelled classes on Friday so students, staff and their families could attend the parade.

Sign up for the AP’s weekly newsletter showcasing our best reporting from the Midwest and Texas: http://apne.ws/2u1RMfv