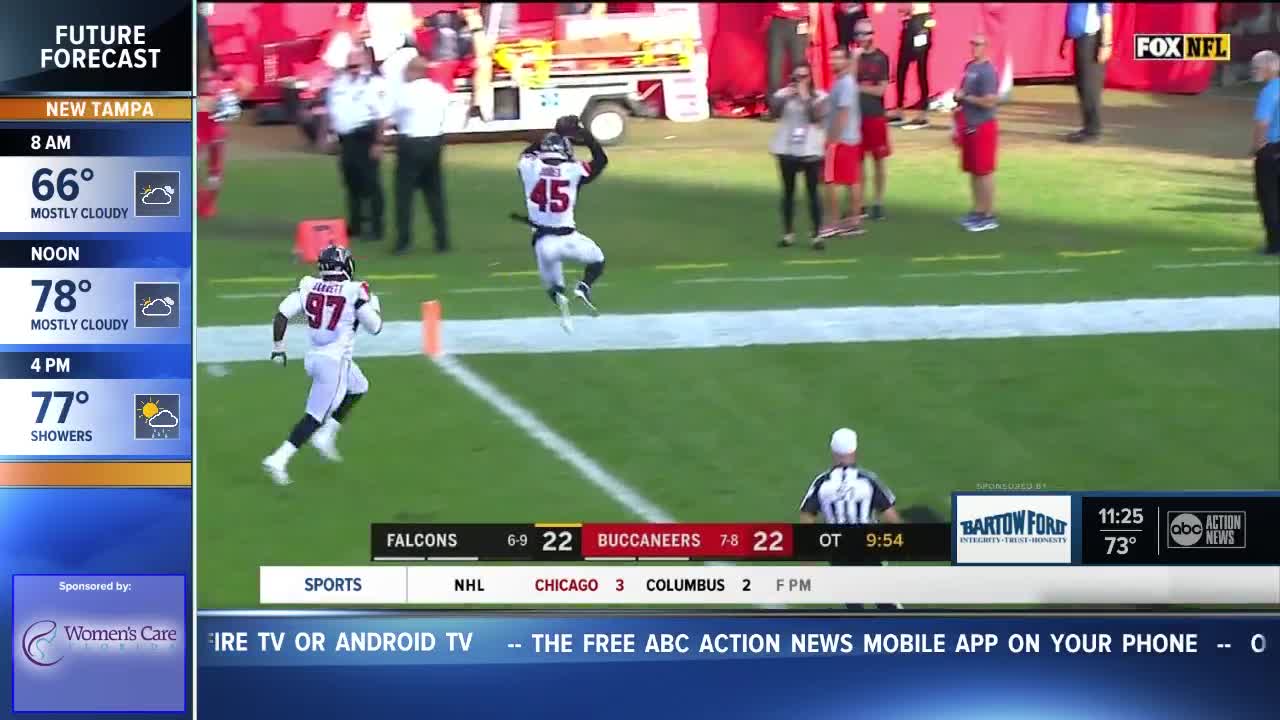 Deion Jones intercepted Jameis Winston on the first play of overtime and returned the ball 28 yards for a touchdown to give the Atlanta Falcons a 28-22 victory over the Tampa Bay Buccaneers on Sunday. 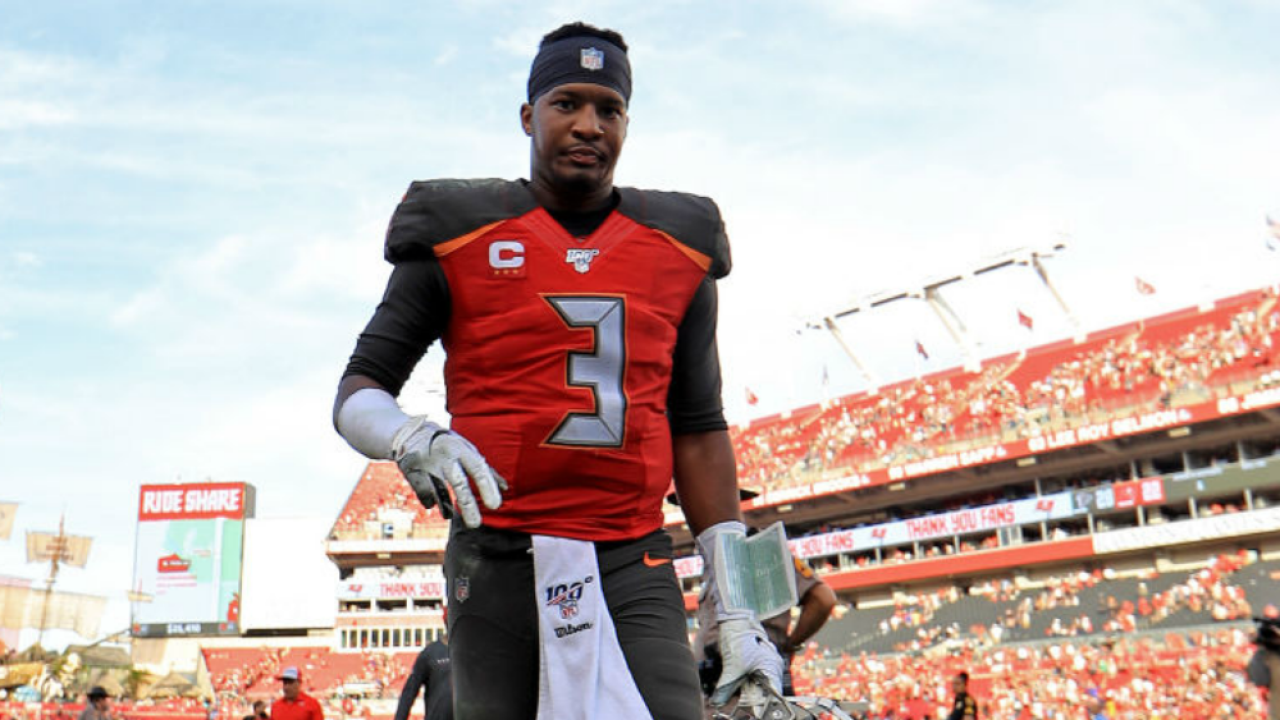 TAMPA, Fla. (AP) — Deion Jones intercepted Jameis Winston on the first play of overtime and returned the ball 28 yards for a touchdown to give the Atlanta Falcons a 28-22 victory over the Tampa Bay Buccaneers on Sunday.

Winston became the first Tampa Bay quarterback to pass for 5,000 yards in a season, but another non-playoff year ended on a sour note. The Falcons (7-9) tied the game with a field goal on the last play of regulation and won for the sixth time in eight games when Jones became the seventh opposing player to score on a pick-6 off Winston this season.

Matt Ryan completed 30 of 51 passes for 313 yards and one touchdown for the Falcons, who saved coach Dan Quinn’s job by rebounding from a 1-7 start to go 6-2 over the second half of the season. Atlanta will finish second in the NFC South despite posting a losing record for the second year in a row.

Winston threw for 201 yards, two touchdowns and two interceptions, hiking his NFL-leading total to 30. Ronald Jones II had the first 100-yard rushing performance and Breshad Perriman topped 100-yards receiving for the third straight week for the Bucs (7-9), who miss the playoffs for the 12th consecutive year.

Winston began the day leading the NFL in passing yards and finished with 5,109 yards and 33 touchdowns — both franchise single-season records. He threw TD passes of 2 yards to Cameron Brate and 24 yards to Perriman to help the Bucs escape an early 10-0 hole.

According to ESPN, Winston is the first player in NFL history with 30 pass touchdowns and 30 interceptions in the same season.

Jameis Winston is the first player in NFL history with 30 Pass TD and 30 Int in the same season. pic.twitter.com/oPe0EpfbLQ

Perriman, who stepped up in the absence of injured Pro Bowl receivers Mike Evans and Chris Godwin, had five catches for 134 yards. Jones rushed for 106 yards on 11 attempts.

Falcons: Cornerback Kendall Sheffield (ankle) limped off in the second quarter and did not return.

Buccaneers: Godwin was inactive for the second straight week with a hamstring injury, finishing the season with career highs of 86 receptions for 1,333 yards and nine touchdowns. ... Cornerback Sean Murphy-Bunting left in the second quarter with an ankle injury and did not return. ...Defensive lineman Rakeem Nunez-Roches (foot) left in the third quarter and did not return.

Falcons: The Falcons announced earlier in the week that Quinn, who guided Atlanta to the Super Bowl three years ago, will return for a sixth season in 2020. General manager Thomas Dimitroff will keep his job, too, and assistant head coach Raheem Morris will take over responsibilities as defensive coordinator.

Buccaneers: The biggest offseason decision will be whether to retain Winston, who earned $20.9 million this season in the final year of the contract he signed as the No. 1 overall pick in the 2015 draft. The Bucs have never signed one of their starting quarterbacks to a second contract. Coach Bruce Arians has said no decision on the fifth-year pro’s future would be made until after the season.