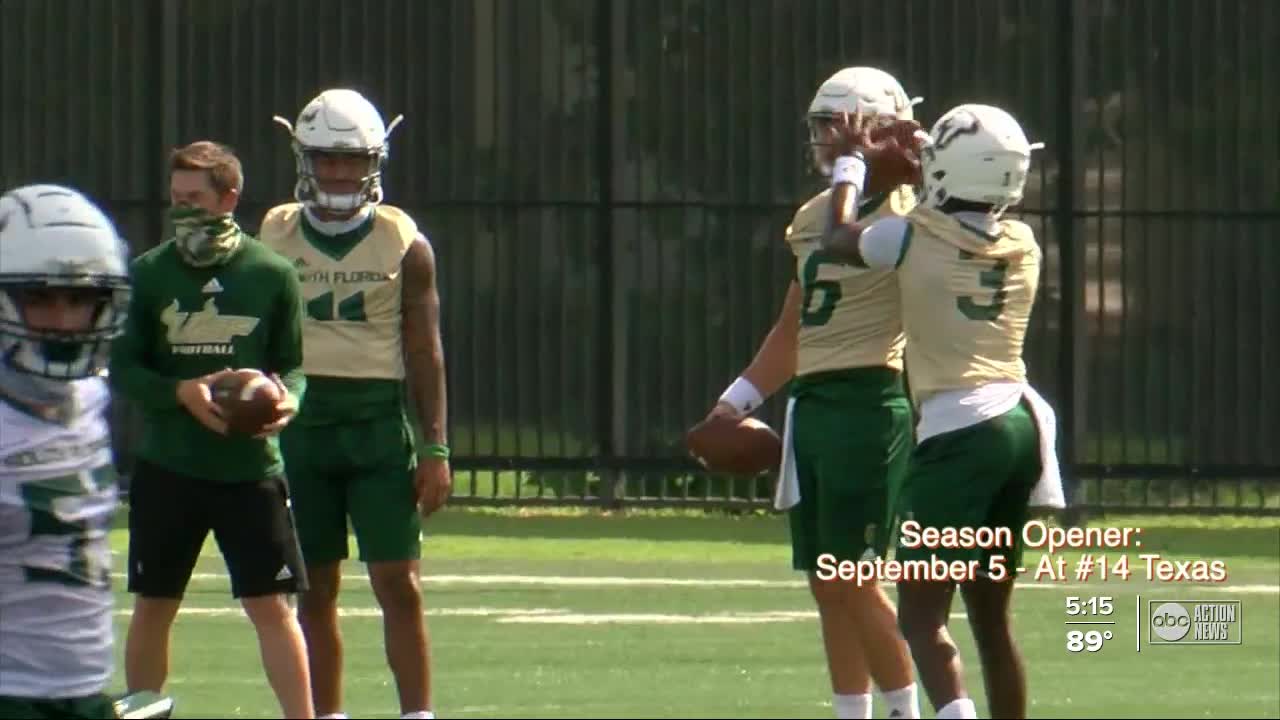 The USF football team had one spring practice before COVID-19 paused college football. Head coach Jeff Scott and his players hope they're back on the field for good. 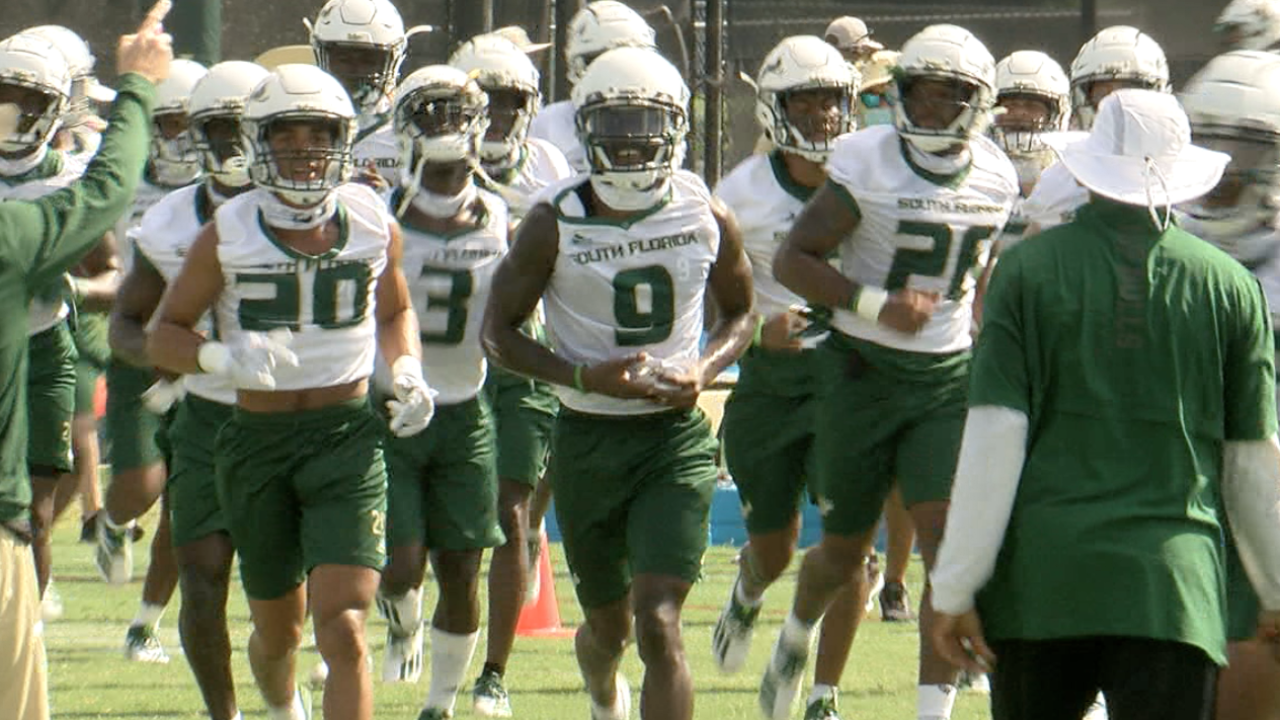 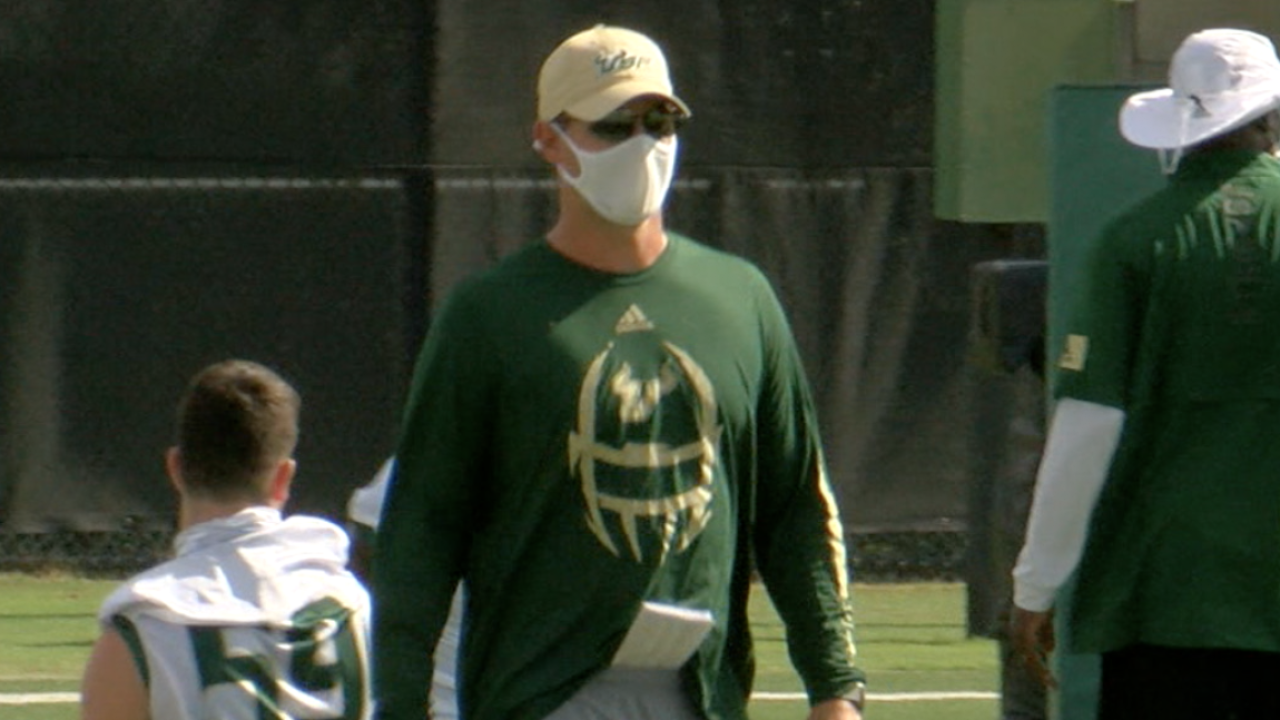 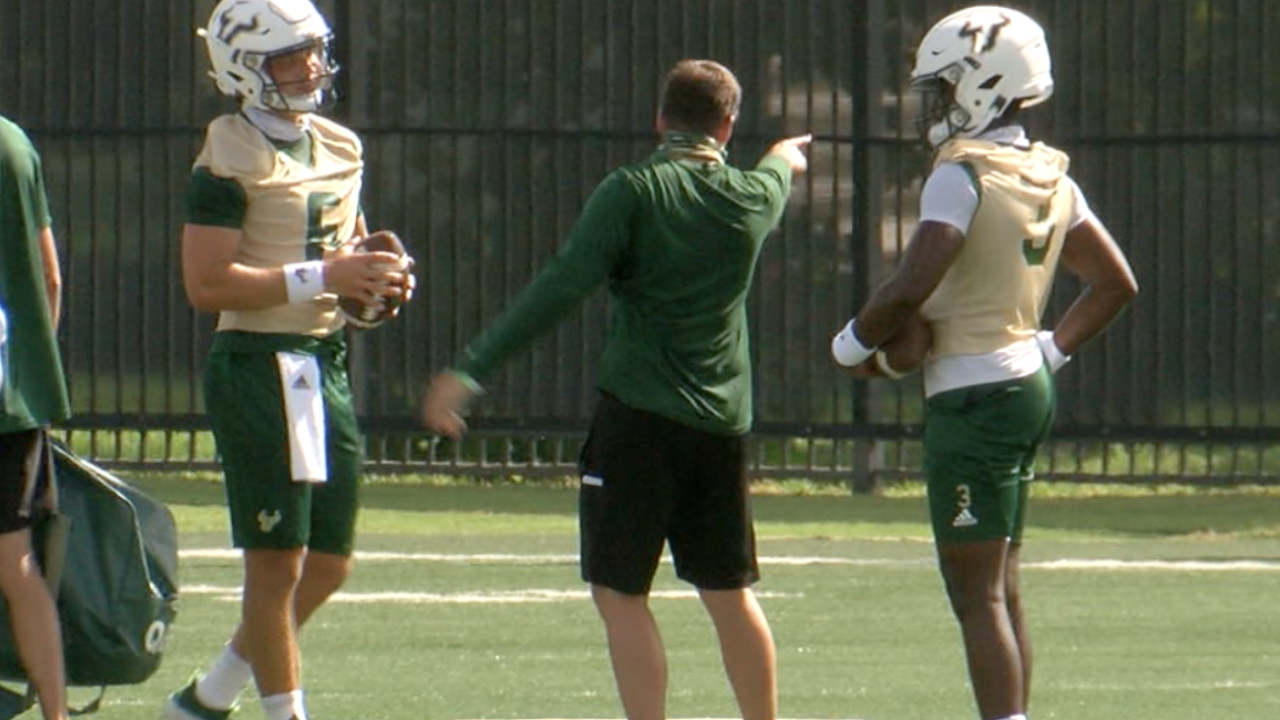 TAMPA, Fla. — First year USF football head coach Jeff Scott had exactly one practice with his new team before COVID-19 put the brakes on college sports. That was March 10.

Fast forward 150 days and Scott took the field with his players for a second time.

Scott said he was so excited that he woke up at 4 a.m. to get the day started. When he got to the field, he said he wasn't concerned about on-field details.

"I was just excited to see the smile on their face. See them with a helmet on, and over there having fun," Scott said. "That, to me, was more important than any of the X’s and O’s and execution and all that."

This week, three University of Louisville soccer players were dismissed after throwing a party that led to more than 20 positive COVID-19 tests in various programs. USF quarterback Jordan McCloud said he and his Bulls teammates are doing what they can to prevent any outbreaks within the program.

"The players are being responsible. Wearing their masks, being distant from each other," McCloud said. "You catch the virus, you’re out for 14 days. That’s two games right there. We’re in a football season, you gotta be focused on that goal. And you just gotta be smart about everything you do."

The Bulls' regular-season opener is scheduled for Sept. 15 at #14 Texas.