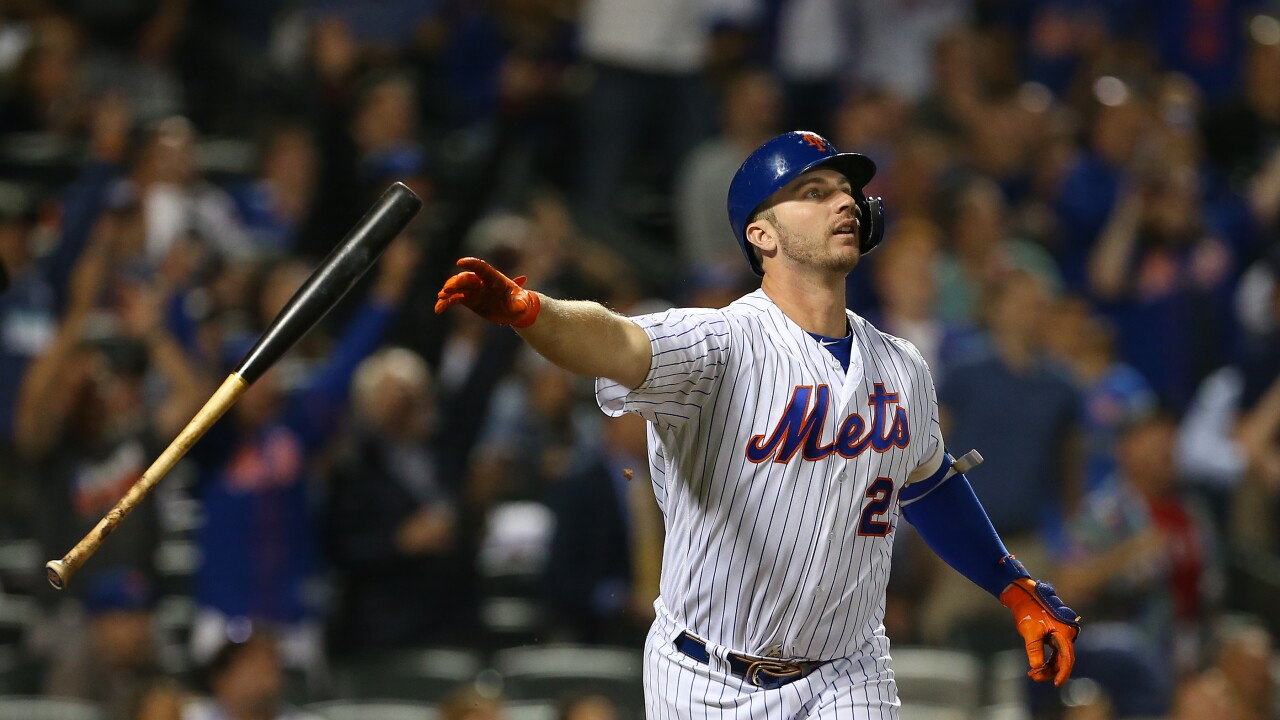 It's been a whirlwind of a season for Tampa native Pete Alonso.

The 24-year-old Plant High School grad is already the favorite to win National League Rookie of the Year, he won the home run derby last month, he leads the New York Mets in home runs and RBI — by a lot — but to match his latest accomplishment, you have to go back in time nearly 100 years.

Tuesday night, Alonso smashed an opposite field home run into the right field seats at Citi Field to set the Mets single-season record for home runs with his 42nd of the year.

According to Elias Sports Bureau, Alonso is the first rookie to set the franchise mark for his team since Johnny Rizzo did it for the Pittsburgh Pirates in 1938.

"As soon as that ball came off my bat, I knew right away," Alonso said after the game. "I mean it's become a dream come true so far this year and I just feel really blessed."

The major league record for home runs in a season by a rookie is held by Aaron Judge of the cross-town rival New York Yankee, who hit 52 in 2017.

That means Alonso still has a month left to make history...again.