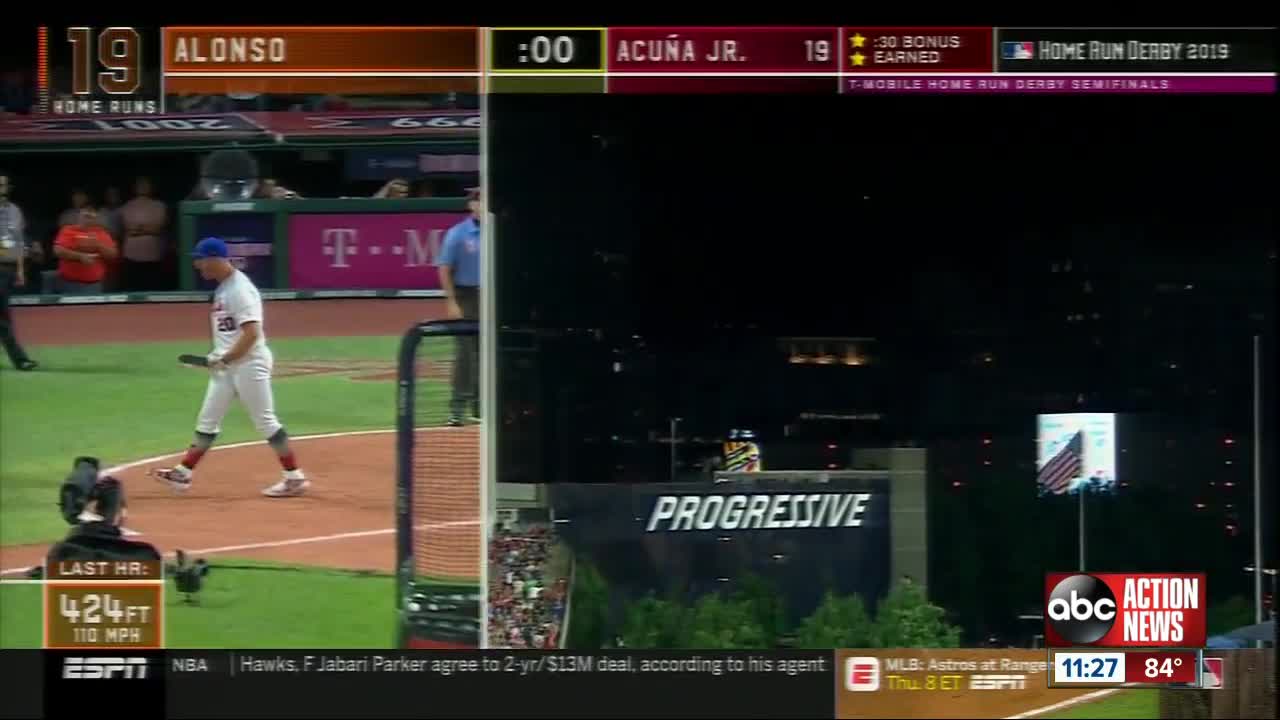 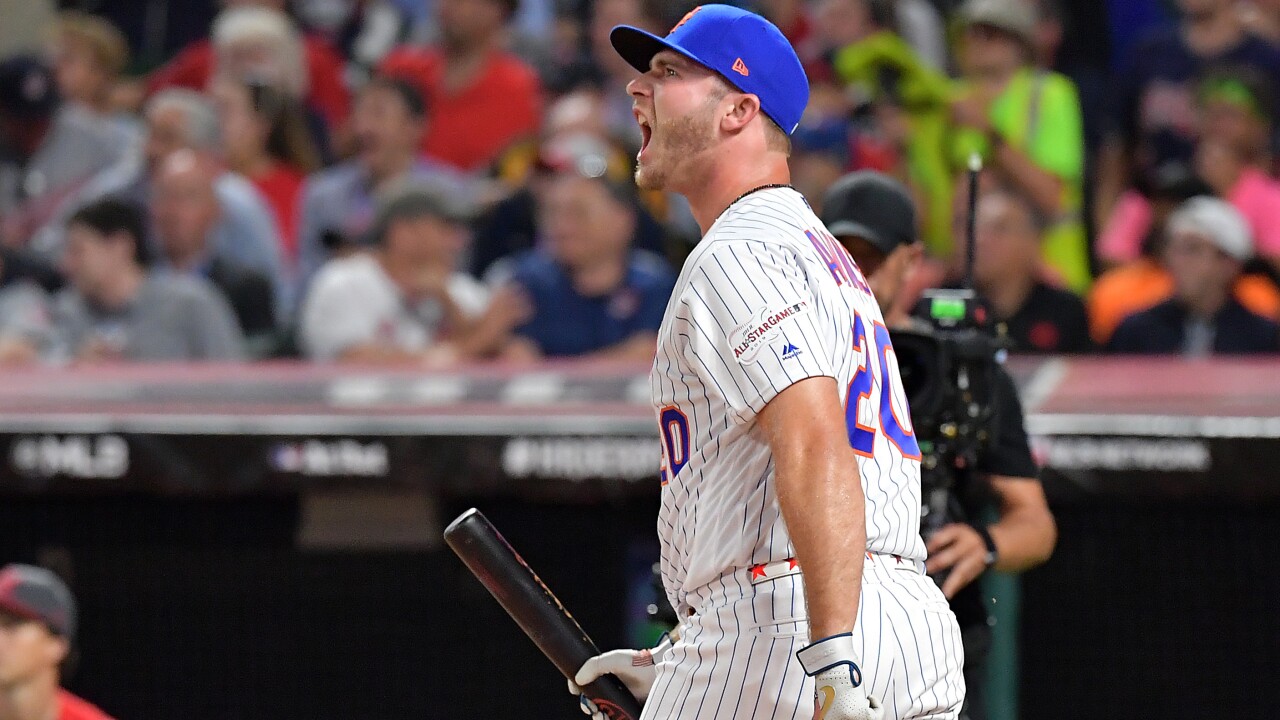 New York's newest slugger outlasted a worn-down Vladimir Guerrero Jr. in the final round of the All-Star Home Run Derby on Monday night to win $1 million — nearly double his 2019 salary.

Alonso somehow had enough to edge Guerrero, who hit 91 homers but ran out of gas in the last round following an epic semifinal matchup against Dodgers outfielder Joc Pederson.

Needing 23 homers to beat Guerrero, the former Plant High School star connected for a homer to left-center before flipping his bat high into the air and hugging his pitcher, cousin Derek Morgan. Alonso was then swarmed by the NL All-Stars who were treated to a power display unlike any in the event's history.

Alonso is the second rookie to win, following Aaron Judge in 2017. He's also the first Mets player to win the derby outright. Darryl Strawberry shared the title with Wally Joyner in 1986.

Alonso has hit 30 home runs this year and will play in Tuesday night's All-Star Game.