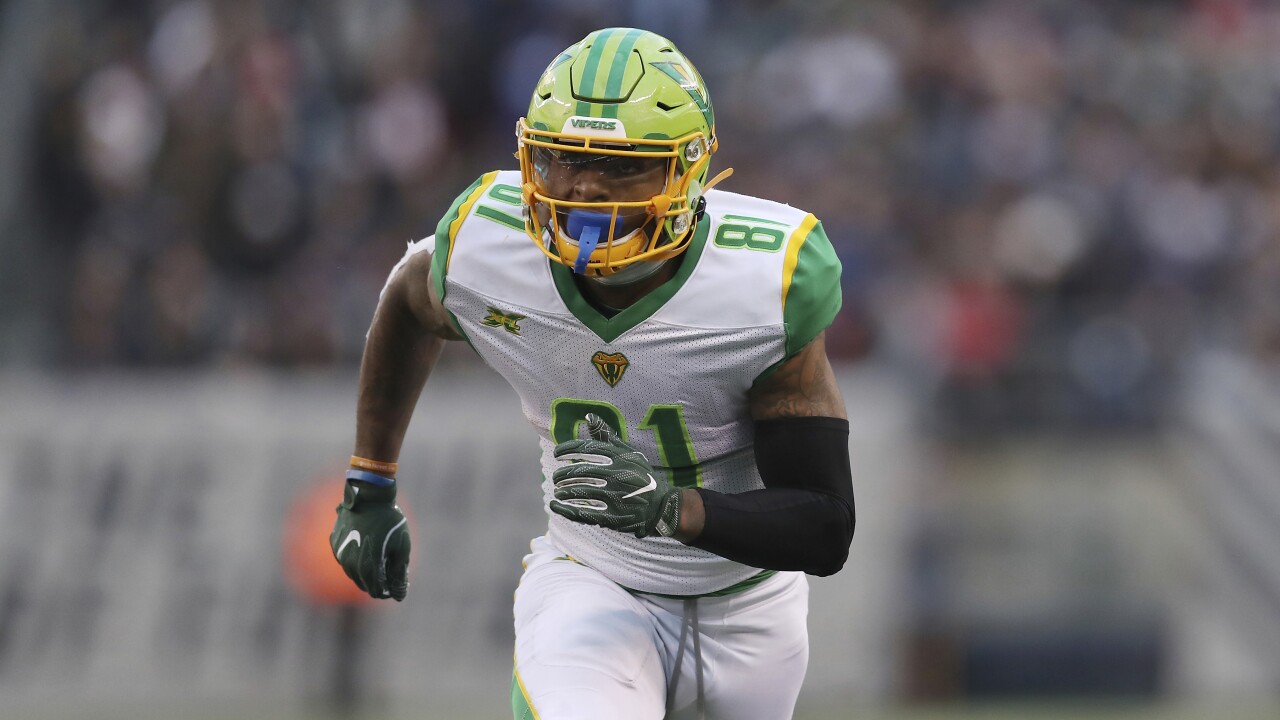 We're only one week into the brand new XFL season, but somebody has to be the league leader.

Despite a tough 23-3 loss at the hands of the New York Guardians, Williams caught six passes for 123 yards, good enough to lead the XFL through one week.

They don’t call him “Tha Threat” for nothing.@jsudwilliams is the @xfl2020 leading receiver through week 1 😤 pic.twitter.com/F86dQdJH1Q

How do you become the leading receiver in the @xfl2020? Make plays like this 👇@jsudwilliams | #ReadyToStrike pic.twitter.com/PrxDJXgUk4

Now that the rest of the league knows what Williams brings to the table, you can bet he'll get some extra attention in game two against the Seattle Dragons.

But that's not the only reason Saturday will be interesting.

Vipers starting quarterback Aaron Murray has been ruled out for Saturday's game.

“We expect Murray to take first team reps [when he returns to practice],” said head coach Marc Trestman before we knew Murray wouldn't play. “Right now, he’s day-to-day. We’ll see where he is toward the end of the week before we leave.”

Waiting in the wings is dynamic QB/RB and former USF standout Quinton Flowers, along with Taylor Cornelius, who is listed as second on the depth chart.

Flowers performed well when he was in the mix during week 1, completing one of two passes for 37 yards, and rushing five times for 34 yards.

Despite constant clamoring from Viper fans on Twitter, the organization has said Murray will remain the starter. However, if he can't go on Saturday, Q could see an increased role.

BJ Daniels is not the starter in Seattle, but got to throw one pass at the end of the game when starter Brandon Silvers went down. However, the Dragons say Silvers should be good to go for the home opener against Tampa Bay.

Seattle dropped their week one game against the DC Defenders.

Even though the Vipers lost, they did do some good things, as their 394 total yards is best in the league, as was the 226 yards they gave up. They also did better than any team in the league at getting off the field on defense on third downs.

What the Vipers will need to avoid is turnovers. Two interceptions and a fumble put the team in bad position at times in the first game, but Seattle also turned it over three times in its first game.

Both teams will be looking for their first win when they square off at CenturyLink Field Saturday at 5 p.m.