Tampa Bay Vipers turn the ball over 3 times, lose 23-3 to Guardians in first game of the season 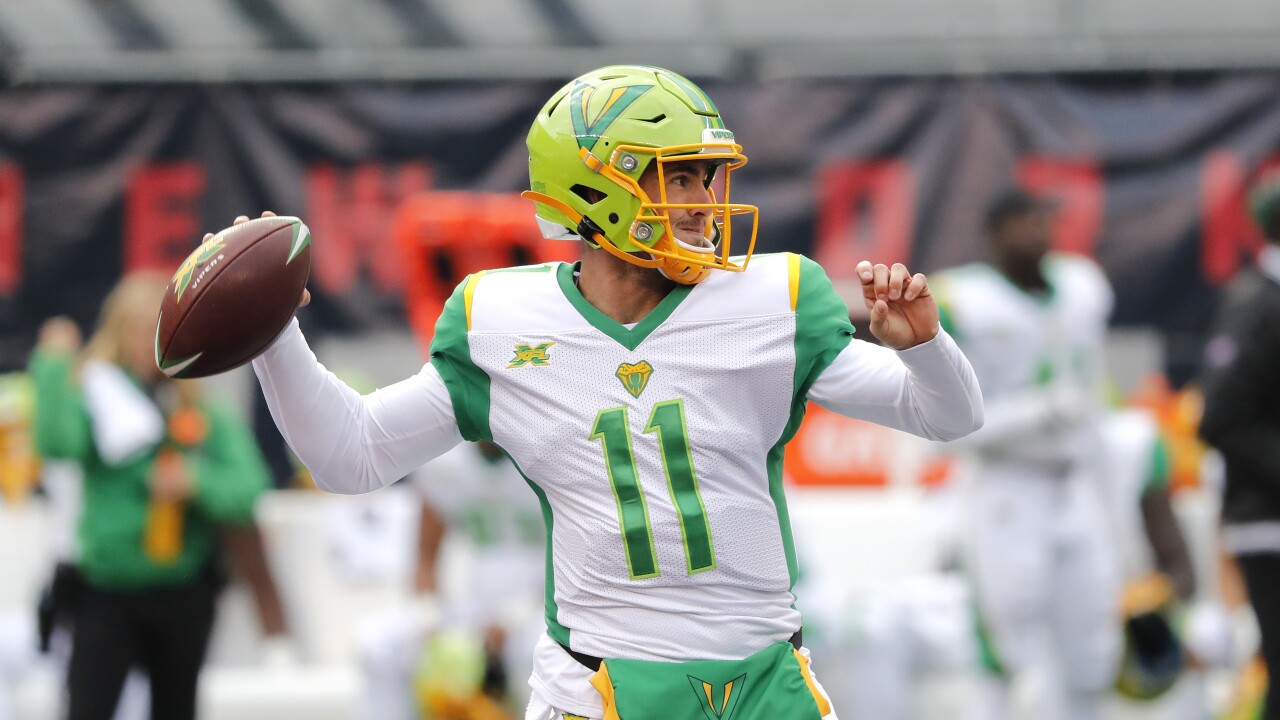 The Tampa Bay Vipers did not get the start to the season they were hoping for, falling to the New York Guardians in the inaugural XFL 2020 game 23-3.

The Vipers turned the ball over three times and failed to get any more than a field goal in the first game of the year.

Quarterback Aaron Murray completed 16 of 34 passes for 231 yards, no touchdowns and two interceptions.

Quinton Flowers did come into the game for a few plays throughout the game, and completed one of two passes for 37 yards. He also rushed five times for 34 yards.

Guardians QB Matt McGloin had two total touchdowns on the day, but it was a late defensive touchdown that sealed the game for New York.

“Our play today was unacceptable," Vipers coach Marc Trestman said after the game. "We turned the ball over three or four times. We didn’t tackle as well as we needed to tackle in the first half. When you have over 400 yard of offense and come up with three points… your play is just not acceptable.”

The Vipers got into the red zone four times and failed to get into the endzone.

Tampa Bay had the third game of the XFL's kickoff weekend. Next they'll head to Seattle to take on the Dragons.