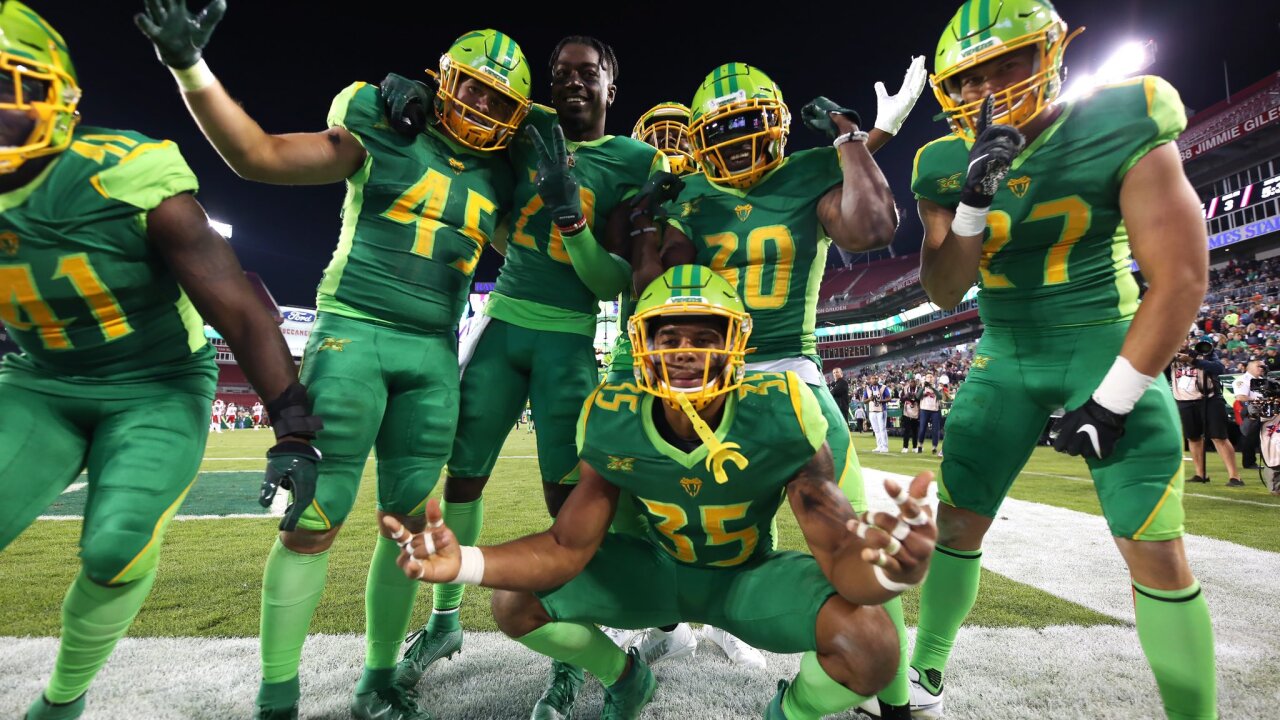 After a shaky 0-3 start to the inaugural XFL season, the Tampa Bay Vipers are in the win column.

The team did it in shutout fashion no less, beating the D.C. Defenders 25-0.

“I was really proud of our guys,” Coach Marc Trestman said. “We had a good pass rush. We run, we chase, we get to the ball as good as anybody in the league, and I think we saw that tonight.”

Through three weeks of the season, no team had a 100-yard rusher, but at Raymond James Stadium Sunday night, the Vipers had two, as De'Veon Smith rushed for 122 yards and Jacques Patrick had 108.

There was no platoon at the QB position. With Quinton Flowers away from the team it was all Taylor Cornelius, who rose to the occasion by completing 24 of 31 passes for 211 yards and a touchdown, along with a rushing touchdown.

The Vipers defense shined in the game, allowing 0 points and just 107 yards of total offense.

Tampa Bay will look to build on the week's success when they travel west to take on the L.A. Wildcats Sunday night.