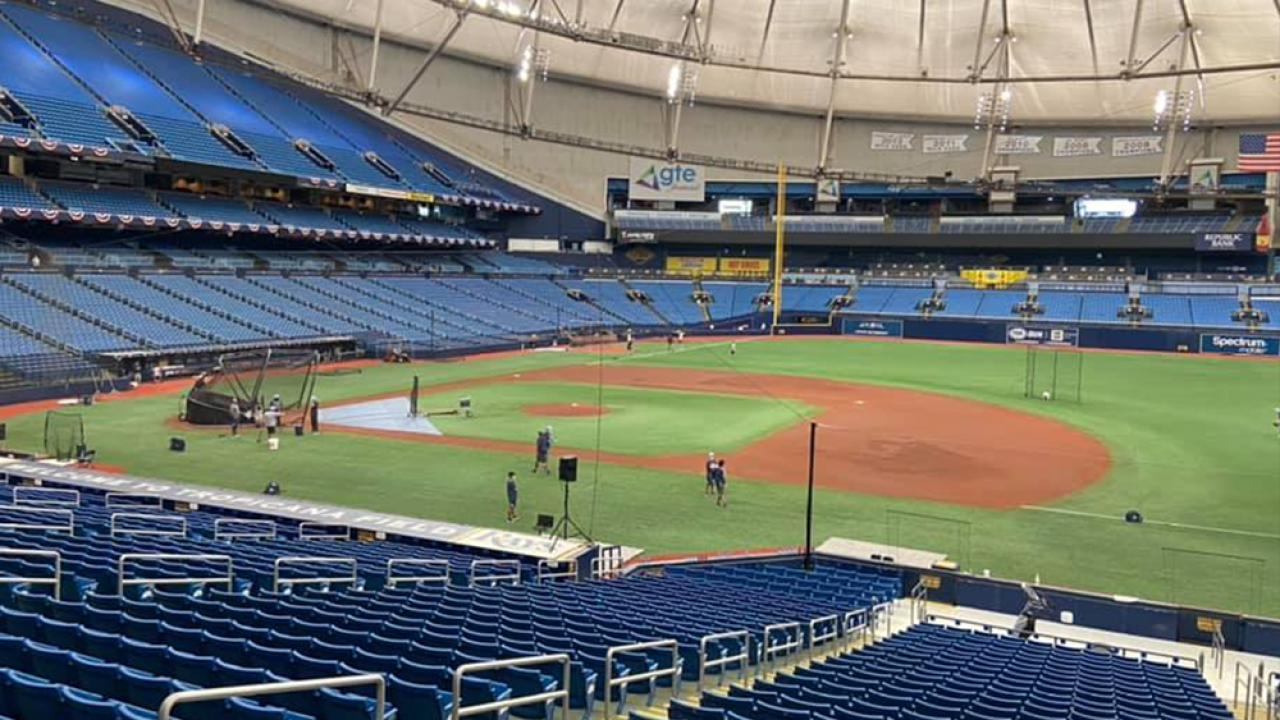 The Rays open the 2021 campaign with a 6-game road trip against Citrus Series rival the Miami Marlins on April 1 through 3. After facing off against the Marlins, Tampa Bay heads to Boston to face AL East rival Red Sox on April 5 through 7.

Tampa Bay will play its home opener against the New York Yankees on Friday, April 9.

The Rays said the 2021 schedule is subject to change and game times will be announced at a later date. While we know for sure that fans won't be allowed to catch the games in-person during the shortened 2020 season, we're still (at least) months away from finding out if fans will get the green light to watch the games at Tropicana Field.

For the third year in a row, the Rays fans will not get a chance to welcome back the team's former third baseman Evan Longoria at the Trop. The San Francisco Giants, Longoria's current team, will not face Tampa Bay during both the shortened 2020 season and the full 2021 regular season. The Rays traded "Longo" to the Giants before the 2018 season in exchange for Christian Arroyo, Denard Span, Matt Krook and Stephen Woods.