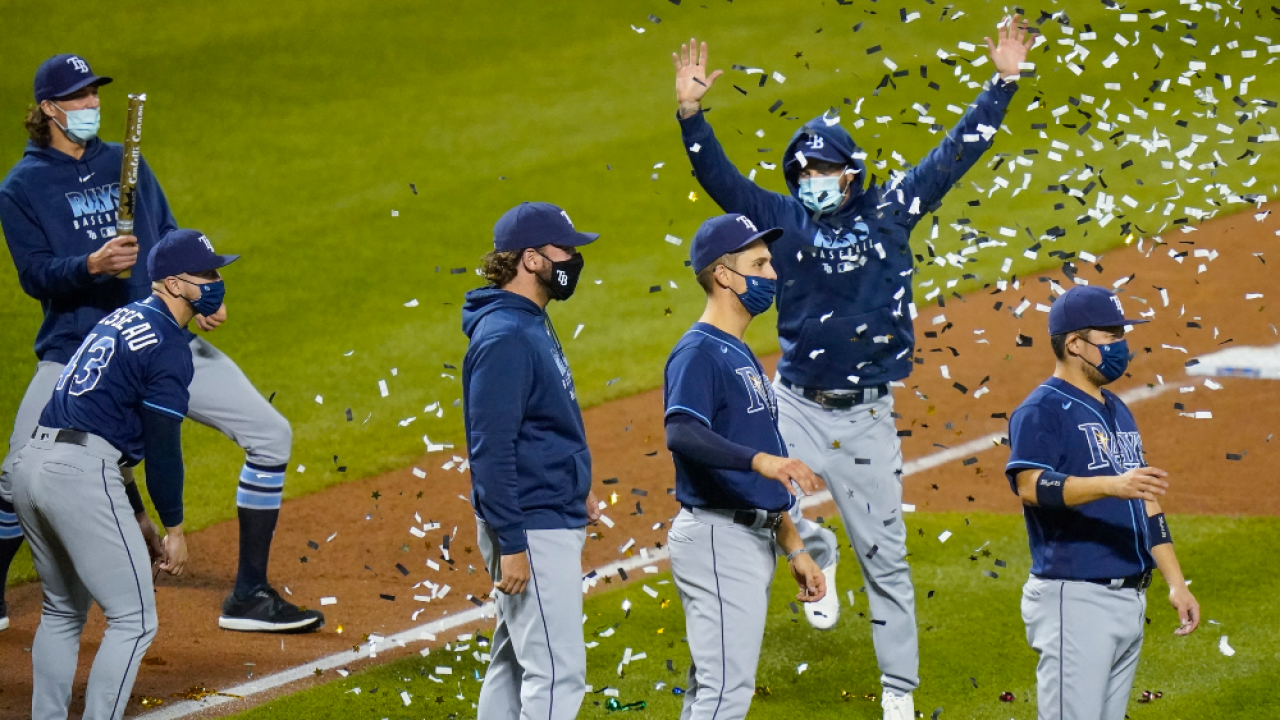 (Copyright 2020 The Associated Press. All rights reserved. This material may not be published, broadcast, rewritten or redistributed.)
AP Photo/Frank Franklin II
Tampa Bay Rays' Yoshitomo Tsutsugo, right, of Japan, celebrates with teammates after a baseball game against the New York Mets Wednesday, Sept. 23, 2020, in New York. The Rays won 8-5.

The Tampa Bay Rays and the New York Yankees don't like each other...not even a little bit.

The AL East rivals have bad blood, particularly this year after Yankees closer Aroldis Chapman threw a 101 mph pitch near Mike Brosseau's head. Rays manager Kevin Cash said “I’ve got a whole damn stable full of guys that throw 98 miles an hour” in response to the incident in late August.

Now the two teams meet again, this time on a bigger October stage. Each team swept their way through the Wild Card round with the Rays taking care of the Toronto Blue Jays and the Yankees defeating the Cleveland Indians.

Follow the Rays on their journey to the World Series here

The Rays had the best record in the American League this season, while the Yankees took a wild card spot.

The series is best-of-5, so first to three wins advances.

Tampa Bay dominated the season series, beating the Yankees in eight games out of ten.

Game 1 is slated for Monday night in San Diego at a neutral site and should be a great pitching matchup. Gerrit Cole will throw for the Yankees and Blake Snell will be on the mound for the Rays.