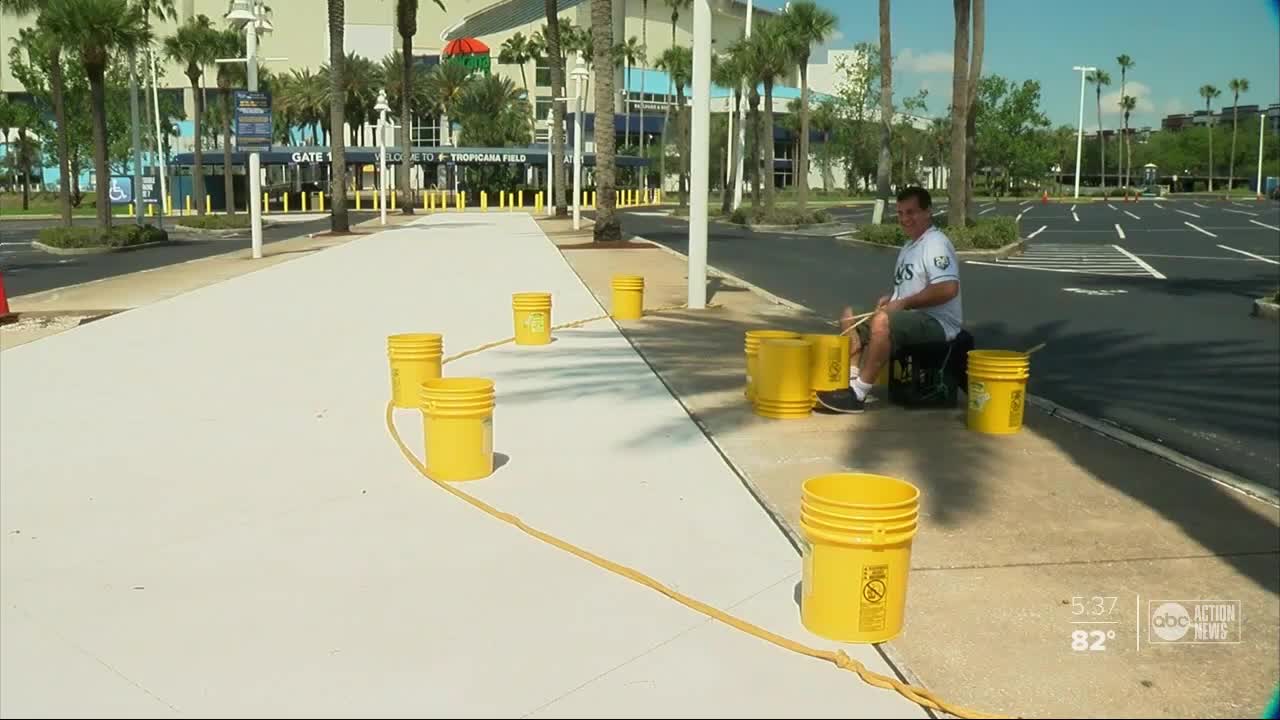 Tampa Bay Rays fans are not only missing their team on the field right now, but they're not hearing the sounds of bucket drummer Chris Harris due to the coronavirus pandemic. 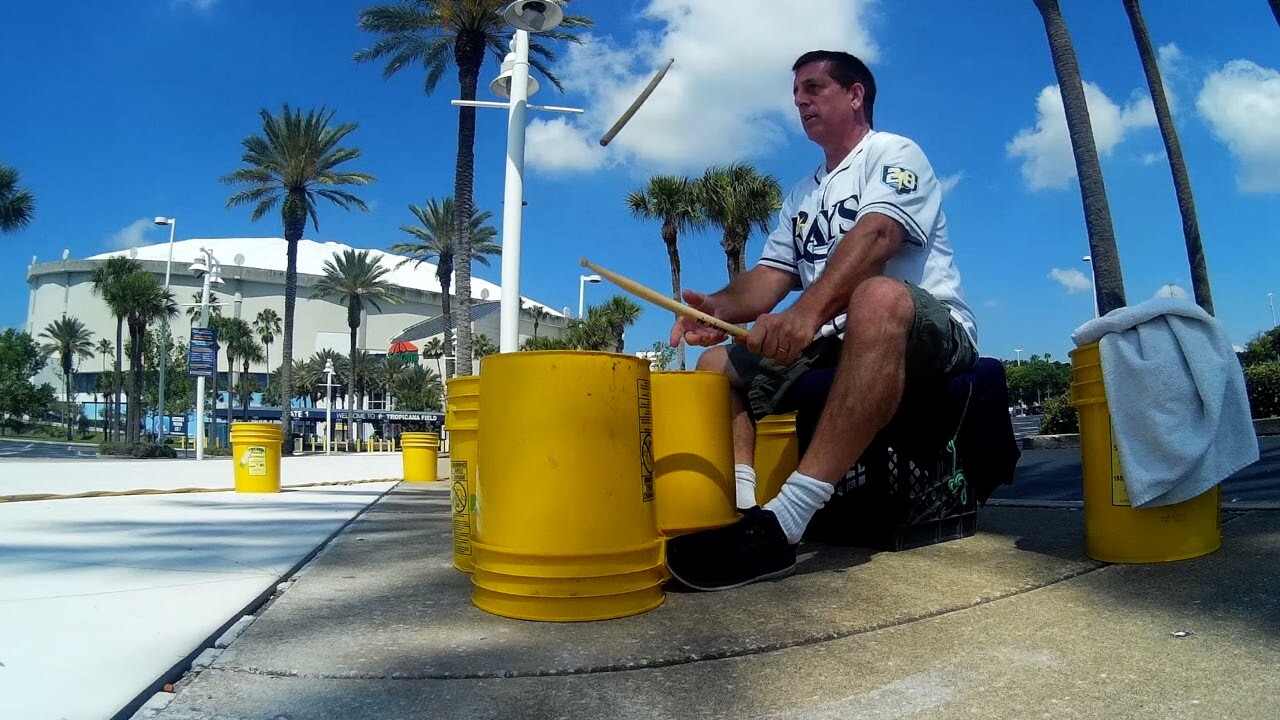 ST. PETERSBURG, Fla. — Tampa Bay Rays fans are not only missing their team on the field due to the coronavirus pandemic, but they’re missing the sounds of the team’s official bucket drummer outside Tropicana Field.

If you’ve been to "The Trop" you’ve seen, or I should say, you’ve heard Harris.

He found his home at Tropicana Field since 2004. This would be year number 16 with the Rays for the former school drum teacher, turned full-time street performer.

“The first month of quarantine was like a shock,” Harris said. “I’m supposed to be opening weekend, or opening game today, and I’m not playing.”

As the quarantine continued, it became more real for Harris.

“It was like ‘wow,’ every Friday and Saturday night, my wife would get upset because all I wanted to do was just drum on things around the house," he said.

No one can say when the Major League Baseball season will start, but whenever it does, Harris expects to be in the same spot bringing that same energy.

“When the rays come back, I’m coming back with them,” Harris said. “You guys know I'm going to be here and you can count on me.”

Count on him to continue his performances that have become tradition for Rays fans.

“It’s the expressions on people’s faces when they walk by,” Harris said. There’s a lot of fans that see me year in year out. Fans that were kids and now they’re older they still come by, watch the show, ask for the tricks…to not see it, it’s empty and sad.”

If you miss seeing Harris perform, you can find him on his YouTube page.