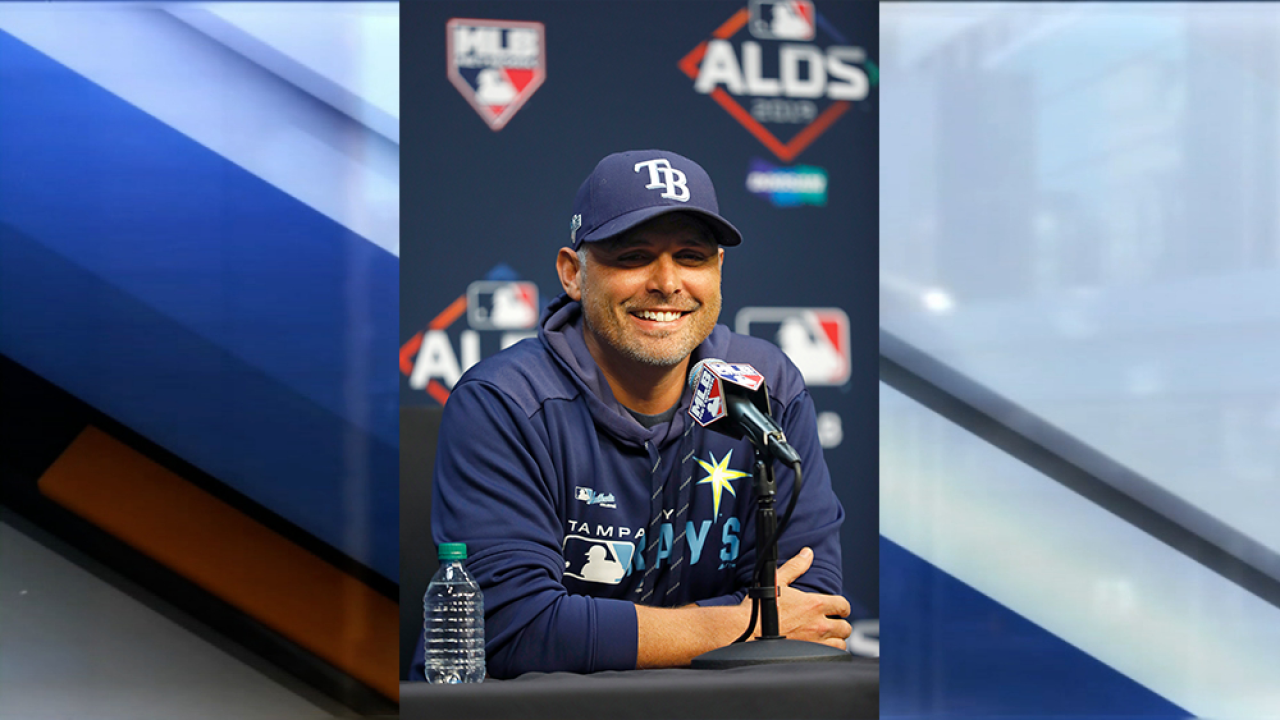 ST. PETERSBURG, Fla. -- No manager in MLB did more with less in the 2019 season than Tampa Bay Rays manager Kevin Cash.

The fifth-year manager had game plan around a roster with the lowest payroll in baseball at a little over $53.5 million, according to USA Today. The Chicago Cubs, New York Yankees, Washington Nationals and the Boston Red Sox, on the other hand, all had payrolls over $200 million. Cash then had to work around numerous injuries to his key players during the season, with players like Blake Snell, Tyler Glasnow, Yonny Chirinos, Jose Alvarado, Yandy Diaz and Brandon Lowe all making stints to the injured list.

In spite of all that, Cash led the Rays to 96 regular season wins and was a game short of upsetting the heavily-favored Houston Astros in the Division Series. By taking the team so far with so little, his peers in MLB voted Cash the 2019 Sporting News AL Manager of the Year.

Cash is also expected to be in the running for the BBWAA AL manager of the year award, which will be announced November 12. The last Rays manager to win the BBWAA award was Joe Madden, who won with Tampa Bay in 2008 and 2011.

Over in the same front office, Rays general manager Erik Neander was voted Sporting News MLB Executive of the Year. He is the first Rays executive to win the award from Sporting News since Andrew Friedman in 2008.