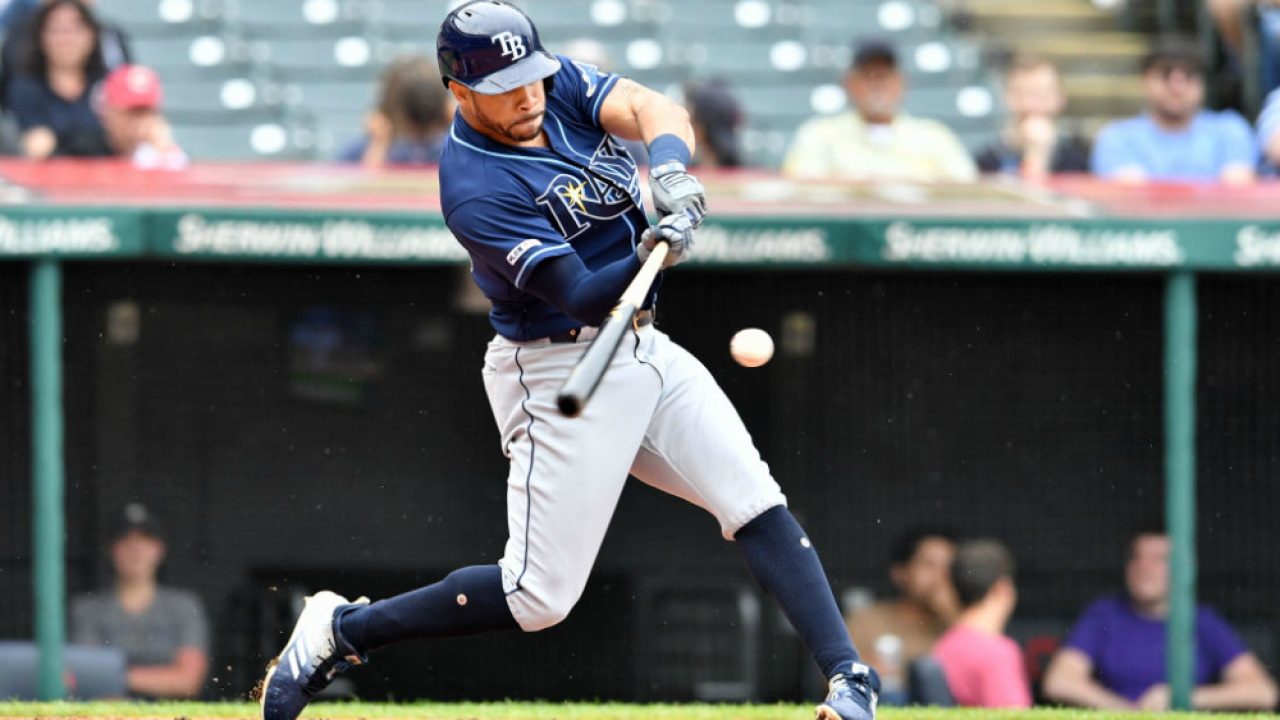 Jason Miller/Getty Images
CLEVELAND, OHIO: Tommy Pham of the Tampa Bay Rays hits an RBI single during the third inning against the Cleveland Indians at Progressive Field on May 26, 2019 in Cleveland, Ohio.

ST. PETERSBURG, Fla. -- The Tampa Bay Rays have reportedly traded away one of their better hitters Friday morning.

#Rays OF Tommy Pham has been traded to the #Padres, according to a source. @Ken_Rosenthal first reported the discussions.

The Athletic's Josh Tolentino reports the Rays sent outfielder Tommy Pham to the San Diego Padres. In exchange for Pham, the Padres will send outfielder Hunter Renfroe and infield prospect Xavier Edwards to Tampa Bay, according to a report from The Athletic's Ken Rosenthal.

Xavier Edwards is the No. 5 prospect in the deep #Padres’ system, per @MLBPipeline. He and Renfroe would join the #Rays. The identity of the prospect who would go back to SD with Pham is not known.

Pham was one of the key players in the Rays' postseason run in 2019. The 31-year-old outfielder finished the 2019 regular season with a .273 batting average, slugged 21 home runs and drove in 68 runs. In the postseason, Pham hit a .360 batting average and blasted two home runs.

Pham joined the Rays in the middle of the 2018 regular season via a trade from the St. Louis Cardinals. The Cardinals sent Pham and international pool space to the Rays for Justin Williams, Genesis Cabrera and Roel Martinez.

Renfroe was first called up to the big leagues in 2016. Since the promotion, the 27-year-old outfielder batted a career .235 average and hit 89 home runs in 390 games.

Renfroe is coming off a feast-or-famine season at the plate in 2019. He showed a lot of pop with 33 home runs (14 at the notoriously pitcher-friendly Petco Park), but batted a lowly .216 average and struck out 154 times.