Rays playoffs: What to expect in baseball's different playoff format 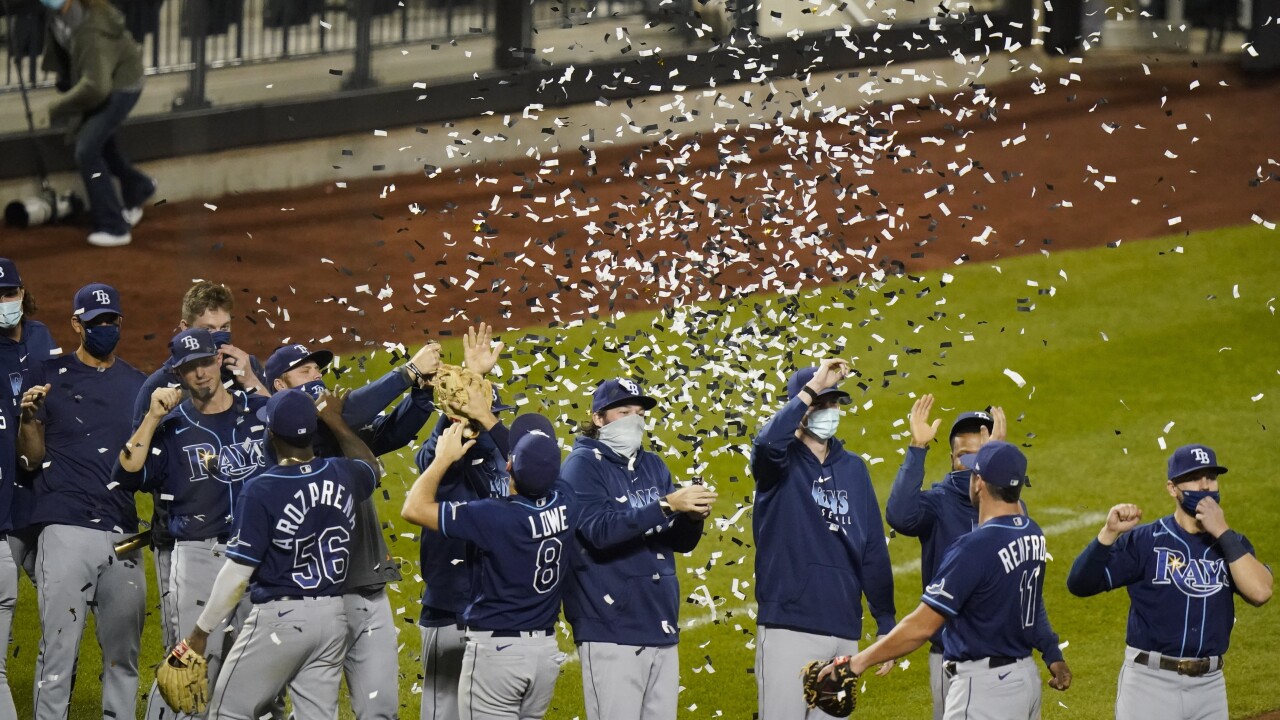 In a shortened season, lots of things look different in Major League Baseball. There were just 60 regular-season games, no fans and now a new playoff format.

Normally we see the division winner from each division, as well as two wild card spots in each league. This year the playoffs are bigger than ever, with eight teams making the playoffs from each league instead of five, resulting in 16 total playoff teams.

The Tampa Bay Rays find themselves atop the American League and the top seed in the AL. In the first round, the Rays will be taking on the Toronto Blue Jays in a best-of-three series. After that Tampa Bay would play the winner of the New York Yankees-Cleveland Indians series.

Last year the Rays made it past the Wild Card game before ultimately losing to the Houston Astros in the Division Series.

The Blue Jays last made the playoffs in 2016 when the Indians knocked them out in the League Championship Series.

The Rays won't be on ABC Action News in the first round, but Game 1 of the Minnesota Twins-Houston Astros series will be. When the games conflict with an ABC Action News newscast, you'll be able to see our newscast via streaming, on our website, app or streaming platform.