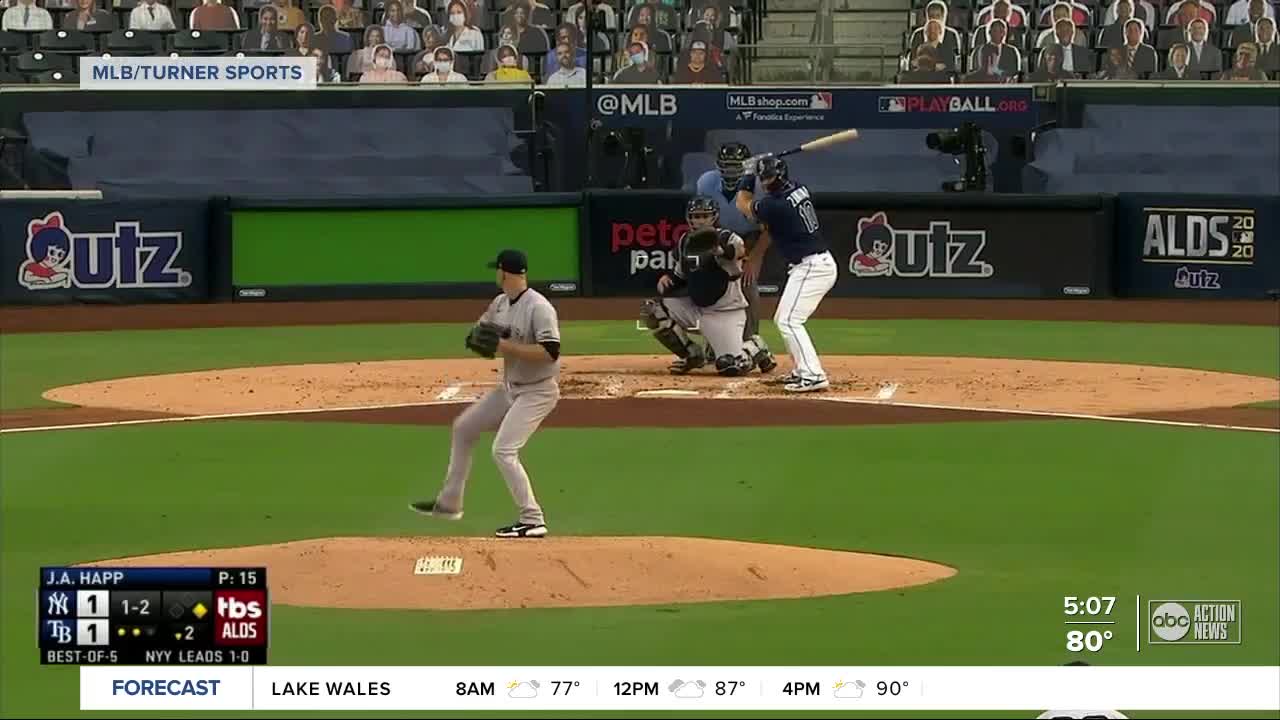 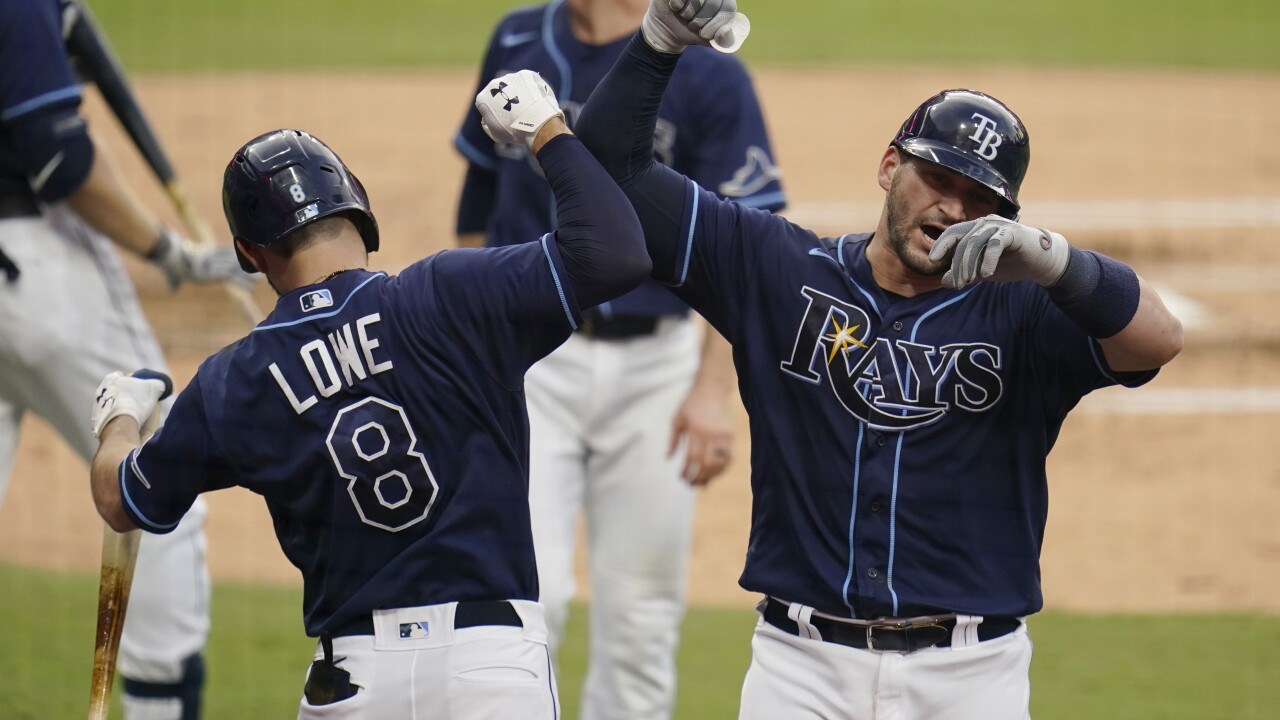 SAN DIEGO (AP) — Randy Arozarena, Mike Zunino, Manuel Margot and Austin Meadows hit home runs, and Tyler Glasnow struck out 10 to set a postseason record for the Tampa Bay Rays, who beat the New York Yankees 7-5 to even their AL Division Series at one game apiece.

The Rays had enough pop to overcome a huge game by Giancarlo Stanton, who had two home runs and four RBIs. His impressive power display included a 458-foot, three-run homer that landed under the giant video board in left field at Petco Park.

It was reminiscent of the mammoth shots he hit in winning the Home Run Derby here in 2016.