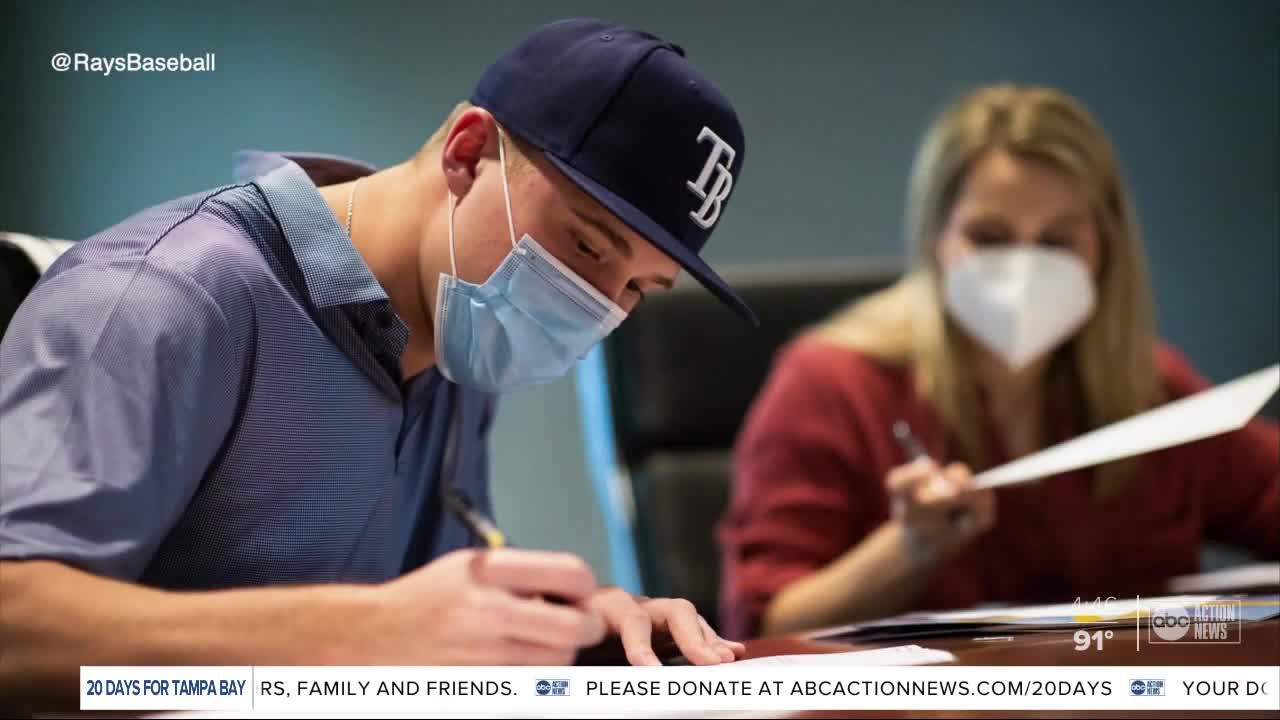 Nick Bitsko committed to play baseball at the University of Virginia after eighth grade. When the Rays made him the 24th overall pick in the draft he decided to pursue his professional career. His would-be coach says he complete supports Bitsko's decision. 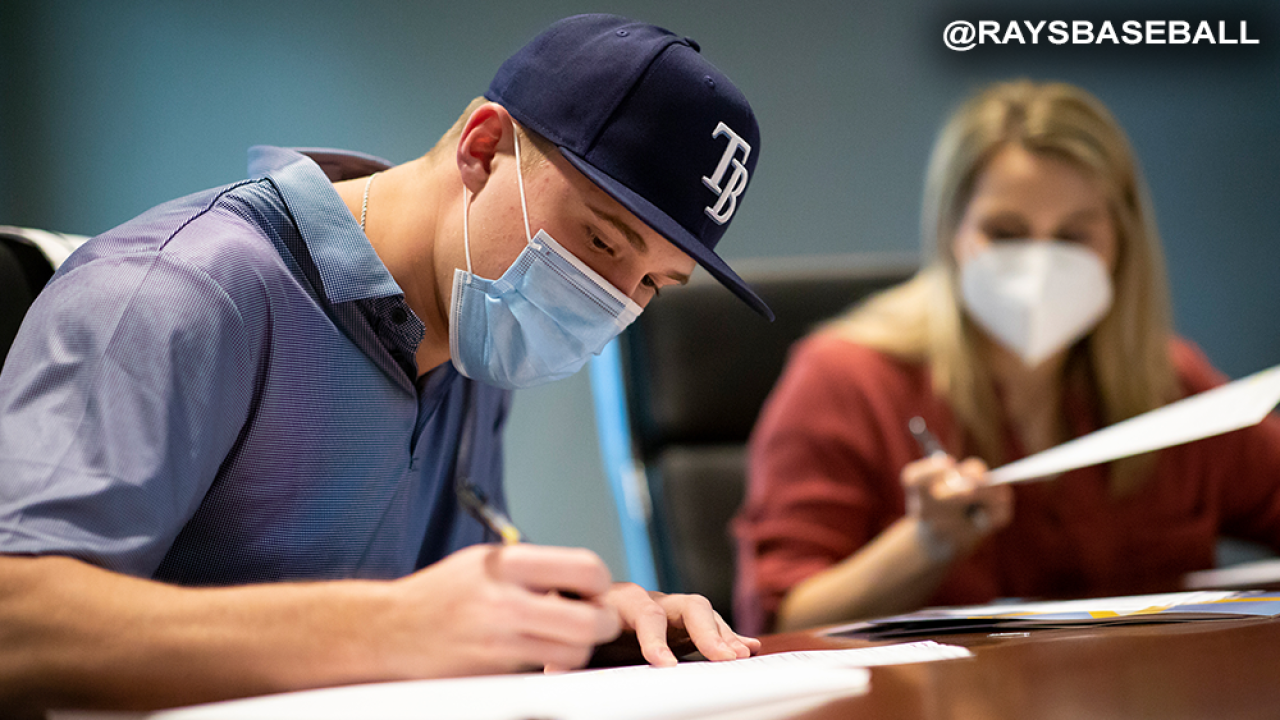 TAMPA, Fla. — You don't have to convince the University of Virginia head coach Brian O'Connor that Rays' first-round pick Nick Bitsko is ready to take on the challenge of professional baseball.

"Nick Bitsko is as mature a young man in this process as I’ve been around," O'Connor said, via video chat.

That's high praise coming from a coach who's had 84 of his players drafted by Major League Baseball.

The 18-year-old Bitsko committed to Virginia after eighth grade but chose to sign with the Rays after they took him with the 24th overall pick. O'Connor said he worries about some teenagers who make the leap to pro ball, but he said he has no concerns about Bitsko.

"Just very advanced in his skill, but who he is as a person really stands out to me. And I think the Rays are going to be really, really excited that they made this decision," he said.

Bitsko said he feels like a Cavalier despite the fact that he never wore a UVA uniform.

"It’s almost like I’ve gone to school there, and I’m already through the racket and stuff like that, at least time-wise," Bitsko said.

He still has a great relationship with his college coach, even though he never actually played for him.

"I think he understands the situation, and he’s really supportive throughout the process," Nick said. "He’s like ‘Hey, if you ever need anything, you know who to call.'”

"This is a special opportunity for a special kid in a great organization. Nobody could ever fault a young man for making this decision," O'Connor said. "Nick made a great decision, and he’s going to make himself a great big-league pitcher."