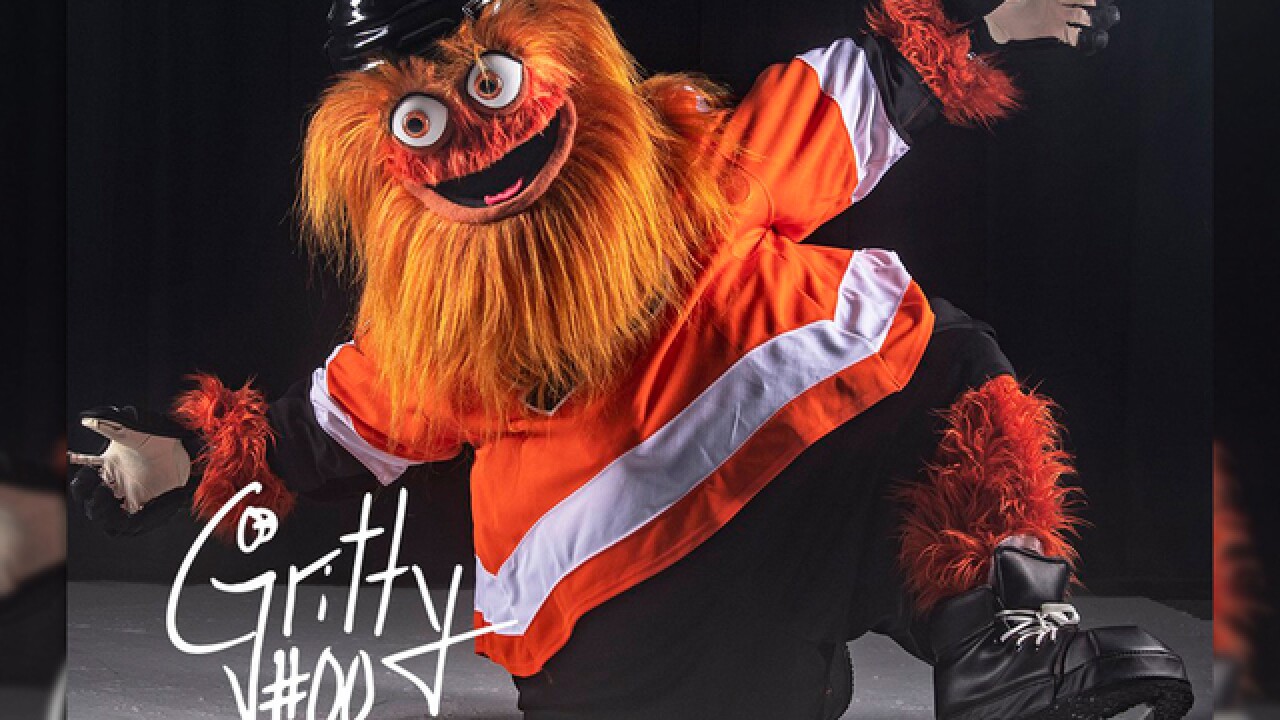 Join us in welcoming the newest member of the #Flyers Family, @GrittyNHL!!

The crazy-eyed orange creature immediately drew reactions from across the internet after being introduced Monday morning.

According to our affiliate in Philadelphia, he can not only skate and play hockey, but he can also blow smoke out of his ears.

While fellow Philadelphian Philly Phanatic expressed his excitement to meet the new mascot, Twitter was a little bit harsher. Some people are poking fun at the new mascot and some think he's downright scary.

Not even the Philadelphia police force could resist taking a shot at the new mascot.

Gritty made his debut with the Flyers Monday night against the Bruins.

The team is now 0-1 with the new mascot. But one thing is for certain: Gritty could be a meme goldmine this upcoming season.