Notre Dame to join ACC in football for 2020 season 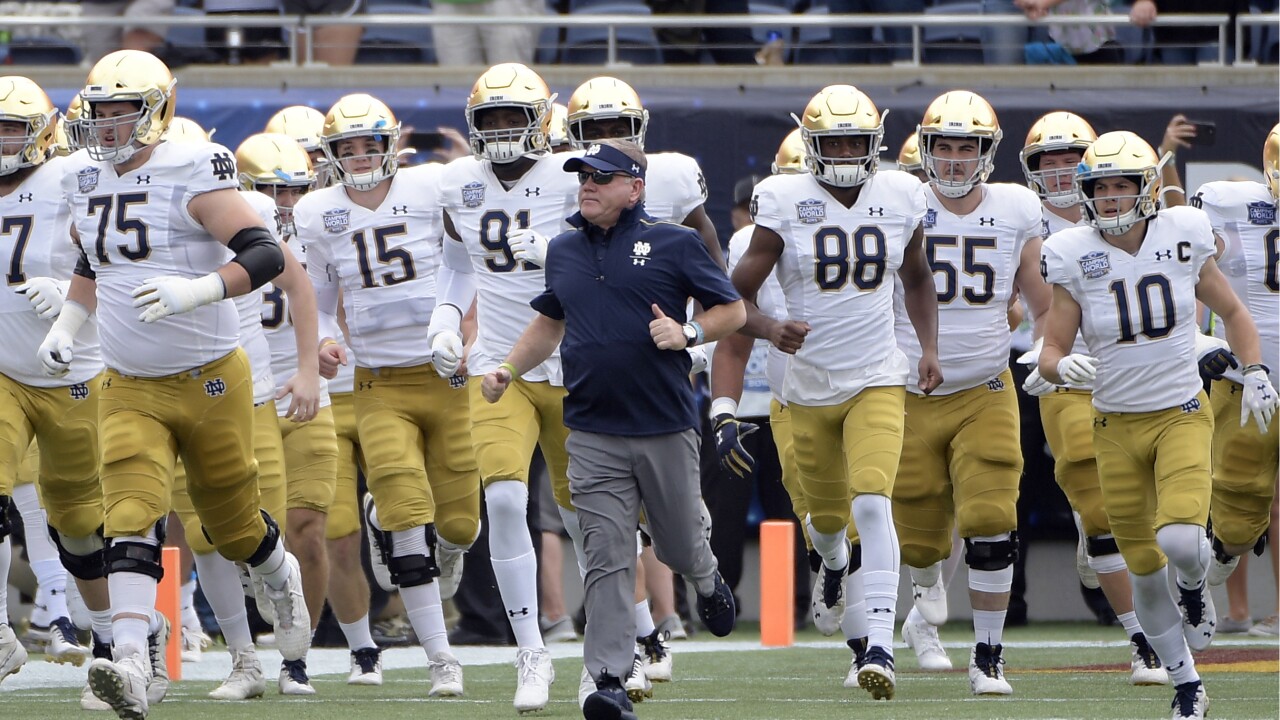 Despite overtures through the years to join a conference, it took a pandemic for Notre Dame to finally do so.

The Atlantic Coast Conference announced Wednesday that it will play a truncated 11-game football schedule this season, including 10 conference games.

Notre Dame will also a play a 10-game ACC schedule and be eligible to compete for the conference championship -- for the 2020 season only.

The season's first games will take place the week of Sept. 7-12.

All 11 games will be played over the course of 13 weeks, giving each team two bye weeks.

There will be no divisions during the 2020 season, meaning the top two ACC teams with the highest winning percentage will play for the conference crown.

The ACC Championship will be played either Dec. 12 or Dec. 19 at Bank of America Stadium in Charlotte, North Carolina.

Under the arrangement announced by the ACC, all television revenue this season, "including Notre Dame's home games broadcast by NBC, will be shared equally by all 15 institutions."

Wednesday's announcement will force ACC schools like Florida State and Miami to modify their schedules. The ACC said its week-by-week schedule will be released at a later date.

All nonconference games must be played within the home state of the ACC institution, meaning that traditional rivalries like Florida-Florida State could still be played, provided the Southeastern Conference allows it.

Notre Dame has played an independent football schedule since its inaugural season in 1887, but the Fighting Irish were facing a staunch reality of being forced into a conference after the Big Ten and Pacific 12 conferences decided to play a league-only schedule because of the coronavirus, nixing three games on Notre Dame's 2020 slate.

The Irish were already scheduled to play six ACC opponents in 2020 and are contractually obligated to join the ACC if they ever want to forego independence.

Florida State will now travel to Notre Dame under the new ACC scheduling model. The Seminoles are also scheduled to open the 2021 season at home against Notre Dame as one of their nonconference opponents.

Miami won't face Notre Dame this season, but the Hurricanes beat the Irish 41-8 the last time the teams met in 2017.