No. 6 Florida hoping to avoid Orange Bowl upset vs. Virginia 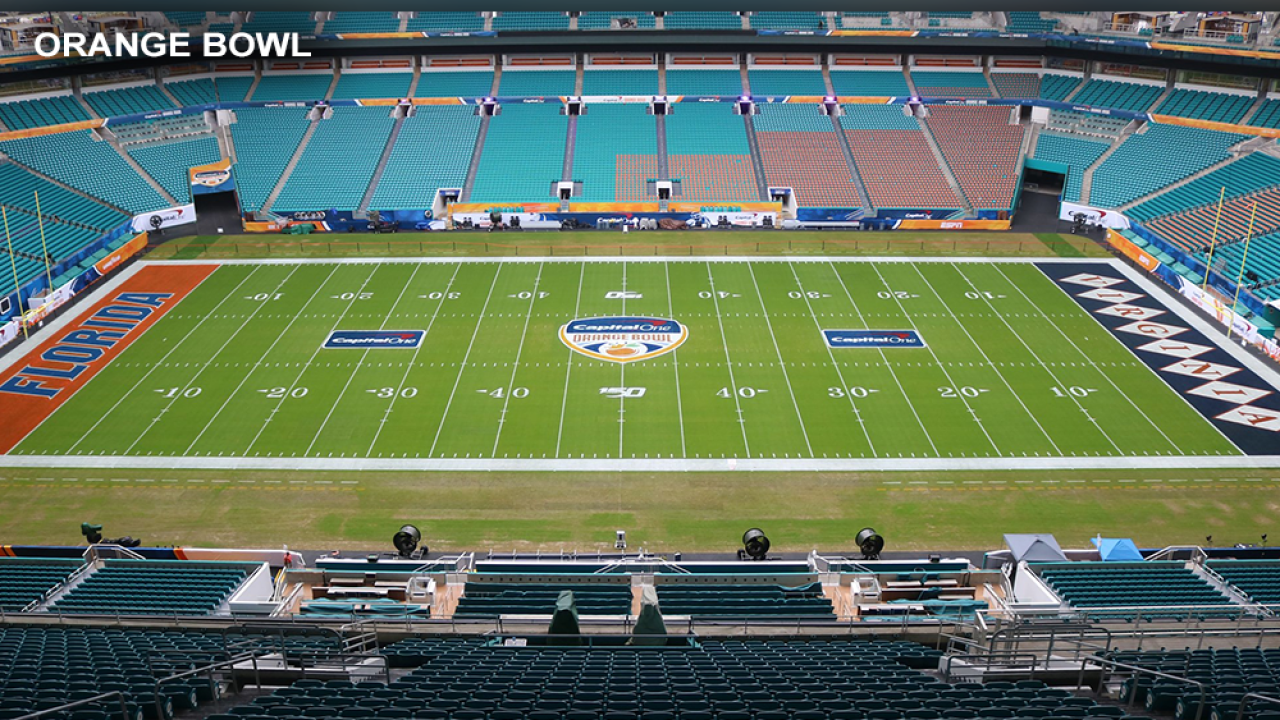 Kyle Trask's passer rating of 159.24 is the highest at Florida since Tim Tebow led the nation at 164.2 in 2009. Virginia will try to keep him off balance with a pass rush that ranks sixth in the nation with a school-record 45 sacks. The Cavaliers could be in trouble if they can't get to Trask — they're allowing 23.4 points per game and gave up 62 to Clemson in their Atlantic Coast Conference title game loss.

Virginia: Bryce Perkins is one of two players in the nation with at least 3,000 yards passing and 700 rushing (the other is Oklahoma's Jalen Hurts). Perkins had 3,960 yards in total offense to set a school record for the second year in a row. He also holds single-season school records for yards passing and yards rushing by a quarterback.

Florida: Linebacker Jonathan Greenard led the Southeastern Conference in sacks (8 1/2) and tackles for a loss (14 1/2) despite missing two games because of an ankle injury. He's part of a defense that allowed 14.4 points per game to rank eighth in the nation.

Gators have scored in NCAA-record 397 consecutive games. ... Cavaliers are playing in third consecutive bowl game for first time since 2002-05. They reached the Atlantic Coast Conference title game for the first time but lost to Clemson, 62-17. ... Nine of Virginia's previous opponents this season went on bowl games. ... Virginia is minus-3 in turnover differential. ... Cavaliers' Joe Reed is only player in nation with at least 500 yards receiving and 600 yards on kick returns. ... Cavaliers are 1-8 at Hard Rock Stadium, including 0-3 in bowl games with losses by a combined 86 points. ... Gators' Josh Hammond is one of nine FBS players this year with both a 65-yard run and reception. ... Florida cornerback CJ Henderson will skip the game, forgo his senior season and enter the NFL draft. ... Only other meeting between teams was in 1959, when Gators won 55-10.