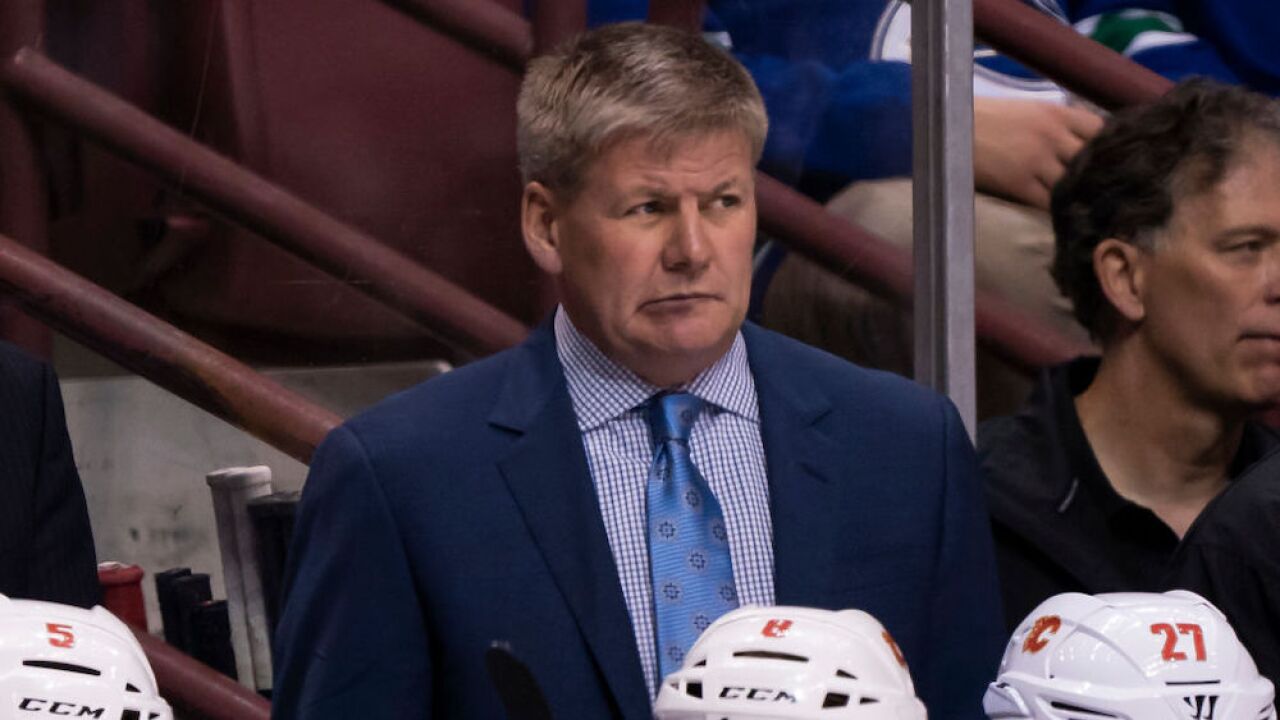 National Hockey League coach Bill Peters stepped down Friday, days after apologizing for using a racial slur against a former player a decade ago.

Peters coached the Calgary Flames in Alberta. The team launched an investigation after former player Akim Aliu posted a message on social media saying Peters once directed offensive language toward him.

"This morning, I received a letter of resignation from Bill Peters, which I accepted," team general manager Brad Treliving told reporters. "Effective immediately, Bill Peters is no longer a member of the Calgary Flames organization."

In a letter addressed to Treliving on Wednesday, Peters said he was sorry.

"Although it was an isolated and immediately regrettable incident, I take responsibility for what I said. The statement was made in a moment of frustration and does not reflect my personal values," he wrote.

"I meant no disrespect in what I said, and it was not directed at anyone in particular. But, that doesn't matter; it was hurtful and demeaning. I am truly sorry."

The letter was initially posted by TSN on Twitter.

In response to the letter, Aliu called what Peters wrote "misleading, insincere and concerning," according to a statement Thursday that was first reported by TSN.

Treliving called the allegations against Peters "repulsive" and his review of the incident "the most difficult" experience of his career. He said the organization "knew nothing" about the allegations at the time Peters was hired.

"The subject matter we have been dealing with over the last few days is difficult, it's hard and it does not in any way reflect the core values of the Calgary Flames," he said. "It's been a difficult time, but we are gong to move forward."

"From our standpoint, you want people to feel safe, secure," Treliving said. "I think this is going to be a learning lesson for everyone."

Aliu has accepted an invitation from the NHL to meet and discuss the situation, he said in his statement, which later was posted to his Twitter account.

Aliu, who was born in Nigeria and raised in Canada, said the incident happened when he was with the Rockford IceHogs, an affiliate of the Chicago Blackhawks, during the 2008-09 and 2009-10 seasons.

Peters "dropped the N bomb several times towards me in the dressing room in my rookie year because he didn't like my choice of music," he said.

Peters was the team's head coach at the time. Aliu was traded in June 2010 to the Atlanta Thrashers and is currently a free agent.

Aliu spoke to TSN on Tuesday, telling the network: "What am I going to say? I was 20 years old and a first-year pro. I was too scared to speak up. I beat myself up every day over it."

He said two teammates from Rockford were in the room at the time of the alleged incident. Both independently corroborated Aliu's accusation, according to the report.

Peters' statement confirmed one incident in a dressing room.

"After the incident, I was rightfully challenged about my use of language, and I immediately returned to the dressing room to apologize to the team. I have regretted the incident since it happened, and I now also apologize to anyone negatively affected by my words," he said.

Peters joined the Flames as head coach last year after having the same role with the Carolina Hurricanes.

He was not behind the bench Wednesday night when the Flames defeated the Buffalo Sabres 3-2 on the road in overtime.

The NHL has said Peters' action are "repugnant and unacceptable," but declined to comment further until it's had a chance to look into the allegation.