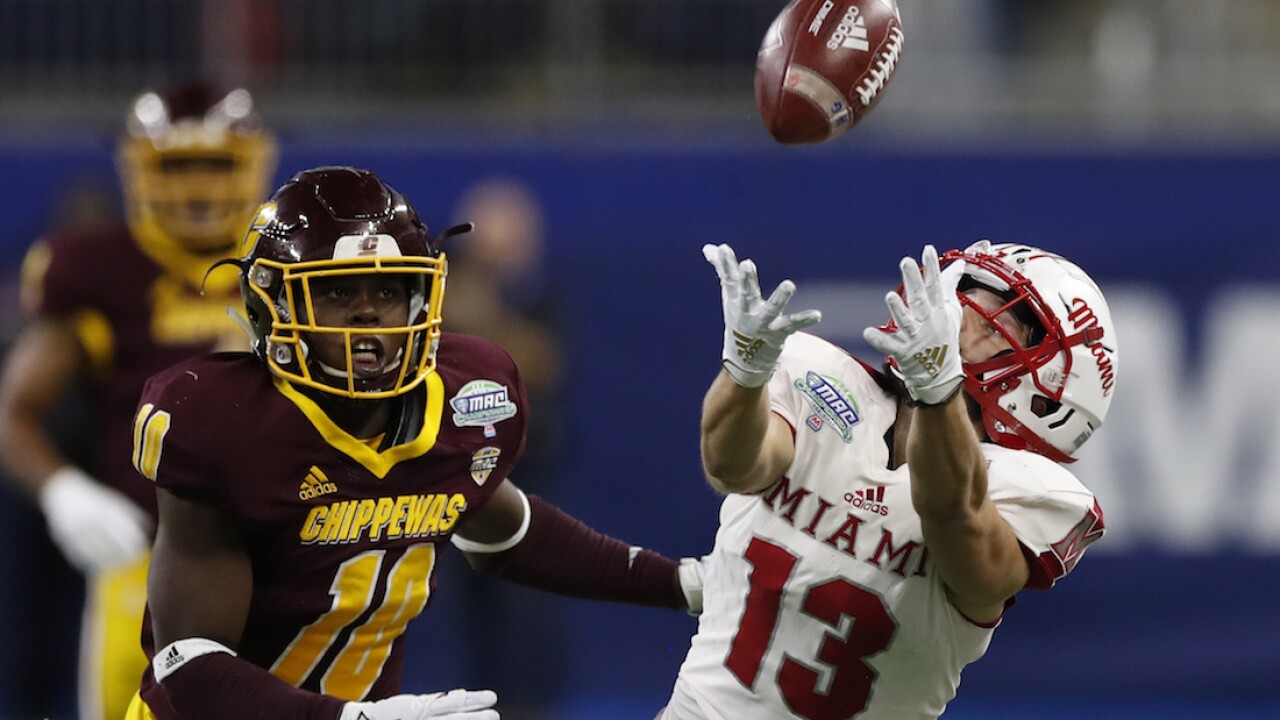 The Mid-American Conference announced Friday that its football season would kick off Nov. 4.

The conference said teams would play six conference-only games, with the season concluding on either Dec. 18 or Dec. 19 with the MAC Championship Game.

“I am pleased to inform our student-athletes, coaches, and fans, that the Mid-American Conference will resume the fall football season,” said MAC Commissioner Dr. Jon Steinbrecher in the press release. “Our decisions, in August and again today, have been guided by an overriding concern for the well-being of the student-athletes, institutions, and the community at large. Our medical advisory group, presidents, directors of athletics, and others, have worked hard to develop a plan that provides the opportunity for student-athletes to compete. We will be diligent in monitoring the dynamic health environment across the Conference footprint and the country.”

The conference approved COVID-19 testing protocols, including four tests per week that will start Oct. 5.

Officials said a complete set of protocols would be released sometime next week.

Conference officials also added that tailgating or the general public's attendance would not be allowed at the games.

Back on Aug. 8, MAC became the first DI conference to announce they were canceling its fall season because of COVID-19 concerns.