Mayor Castor: Talks for where Rays should call home should go back to the beginning 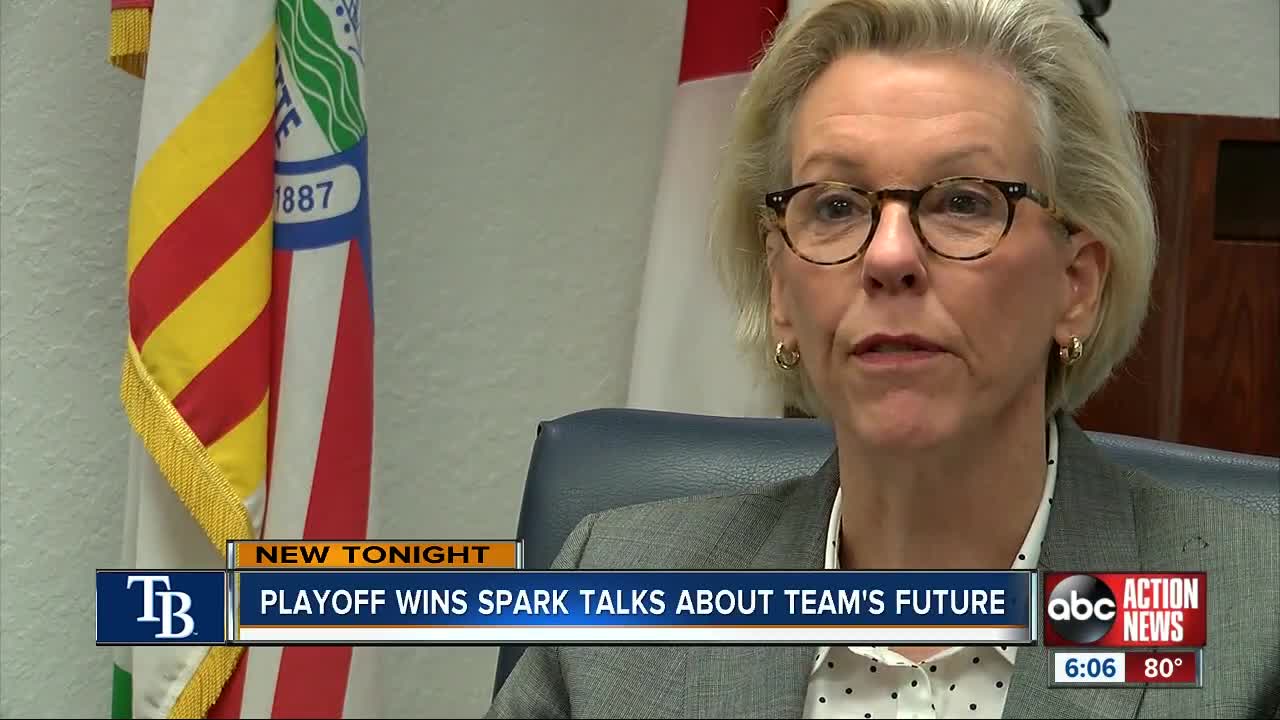 As the Tampa Bay Rays continue to keep their season alive, Mayor Jane Castor showed her full support of the hometown nine. 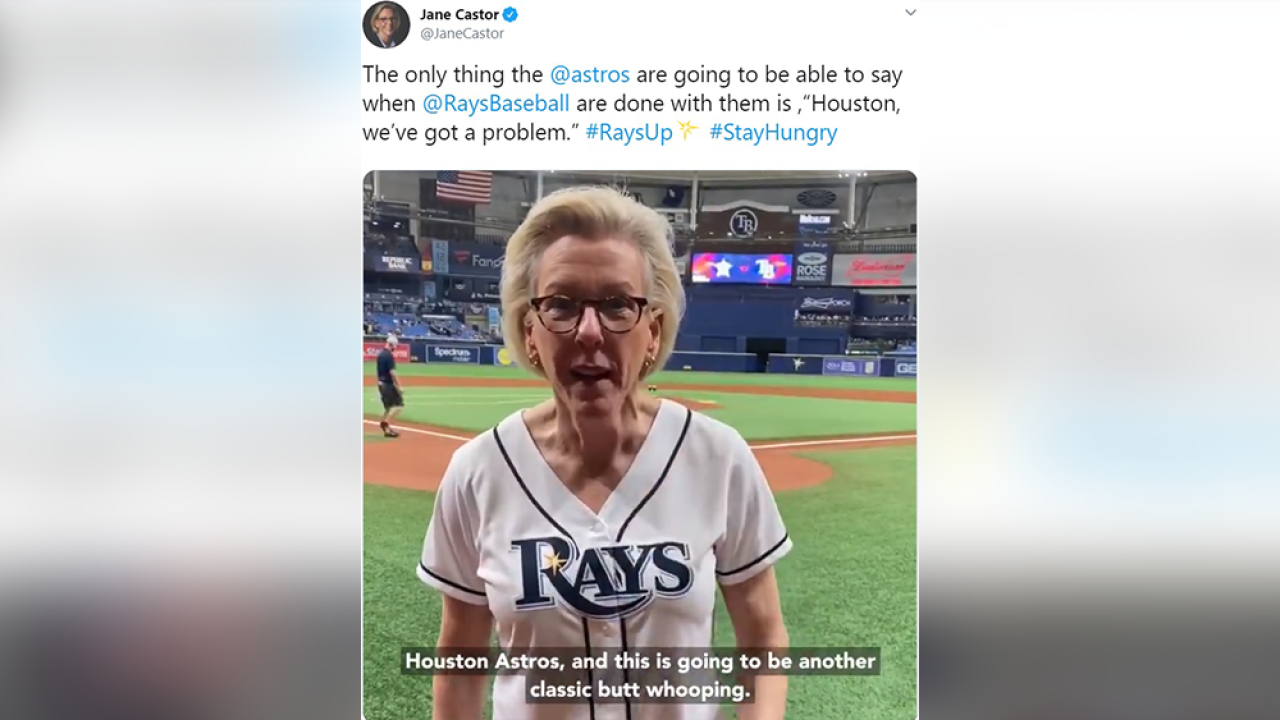 ST. PETERSBURG, Fla. -- Tropicana Field was filled with more than 30,000 loud, screaming fans for Tuesday’s game against the Astros.

Tampa Mayor Jane Castor was front and center at Tuesday’s game, tweeting out support before the game.

The only thing the @astros are going to be able to say when @RaysBaseball are done with them is ,“Houston, we’ve got a problem.” #RaysUp #StayHungry pic.twitter.com/RdJ3JJAoVF

Castor said she believes all the key players on the future of the Rays should go back to the beginning.

“Maybe we just start over, with some of the talks, and bringing in the entire region, making sure we make a decision as a Tampa Bay area of where the best location may be for a stadium ,” she said.

Castor and Hillsborough County Commissioner Ken Hagan have been strong supporters for moving the Rays across the bay.

However, Mayor Rick Kriseman, will not be commenting on any other ideas.

He has stated publicly that there will be no Rays talks during the playoffs.

Full Circle: The uncertain future of the Tampa Bay Rays

ABC Action News anchor Paul Lagrone did a special Full Circle report on the future of the Rays.

There’s been plenty of criticism and questions about Rays owner Stuart Sternberg’s plan to share the team with Montreal but few answers.

But all the other major players who shape the Rays' future did go on record and had a lot to say, including Kriseman, who sat down with LaGrone just days before he would meet with the Rays owner for the third time since the team announced in June that it wants to split its season between here and Canada.

"If we were to get to a point where we allowed the Rays to explore the split season, I believe and I may be wrong on this, but I believe it would end up showing that the challenges are too great," Kriseman told LaGrone in September.