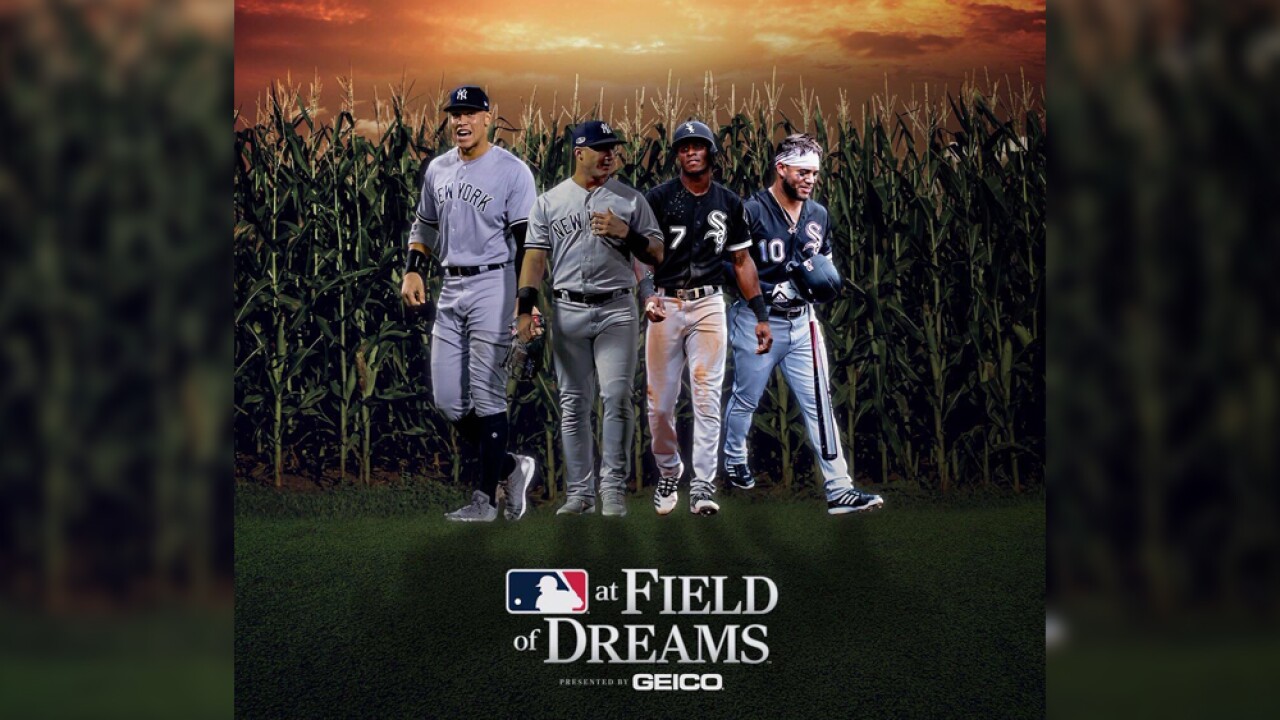 For the first time ever, a Major League Baseball game will be played on the "Field of Dreams" in Iowa.

The film starring Kevin Costner taught us "if you build it, he will come."

Sure enough, in 2020 the New York Yankees and Chicago White Sox will play a game at the famous field in the Hawkeye State.

According to ESPN, a temporary 8,000-seat ballpark will be built at the site where the 1989 movie was filmed.

"As a sport that is proud of its history linking generations, Major League Baseball is excited to bring a regular-season game to the site of Field of Dreams," commissioner Rob Manfred said. "We look forward to celebrating the movie's enduring message of how baseball brings people together at this special cornfield in Iowa."

The #WhiteSox are excited to partner with @MLB to host the first-ever major-league game at the Field of Dreams in Iowa! This game will be against the New York Yankees on August 13, 2020. pic.twitter.com/hco3e6tCqu

The game will be played on a Thursday and will be considered a White Sox home game. The teams will be off Friday before finishing the series in Chicago on Saturday and Sunday.