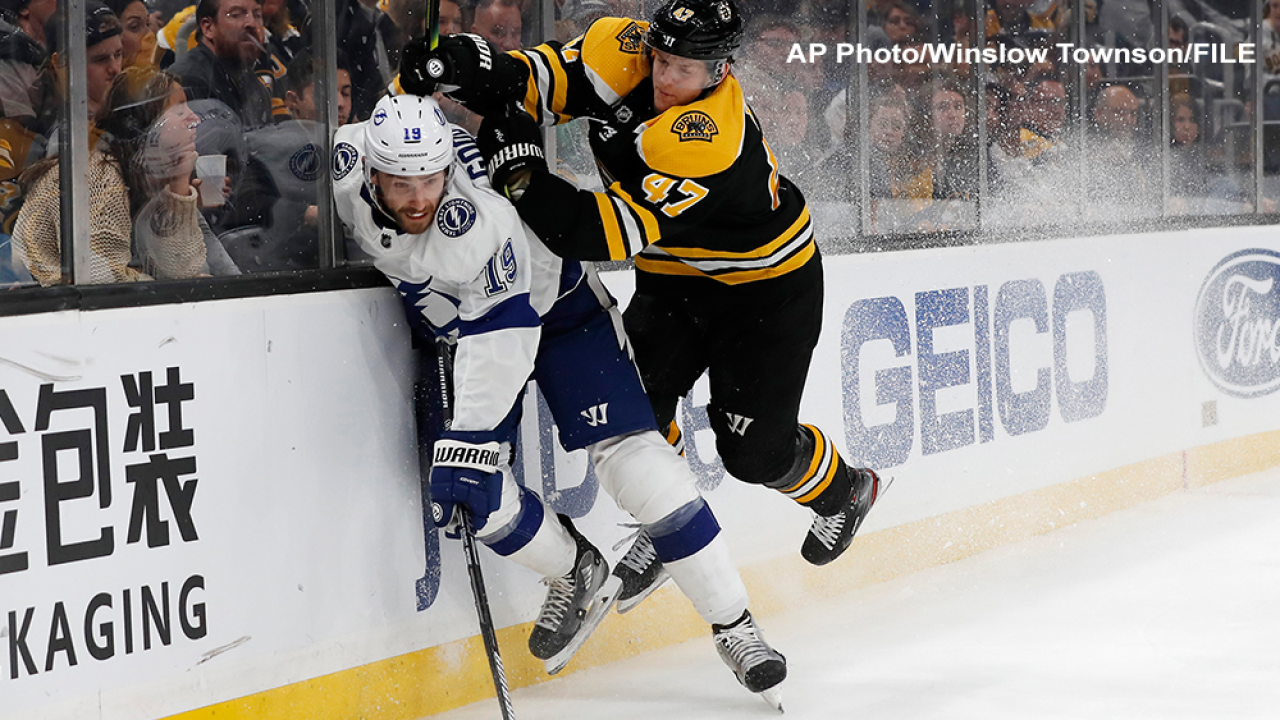 TORONTO -- The Tampa Bay Lightning is now 2-0-0 in round-robin play after beating the Washington Capitals and Boston Bruins.

The Lightning jumped to a 2-0 lead midway into the first period after goals from Brayden Point and Alex Killorn. But like Game 1 of the round-robin play, the Bolts lost their 2-goal lead after giving up goals from Bruins' Charlie McAvoy and Chris Wagner.

However, a late goal from Tyler Johnson helped Tampa Bay squeak by with a 3-2 win over Boston.

The Bolts play the team's round-robin finale against the Philadelphia Flyers on Saturday.