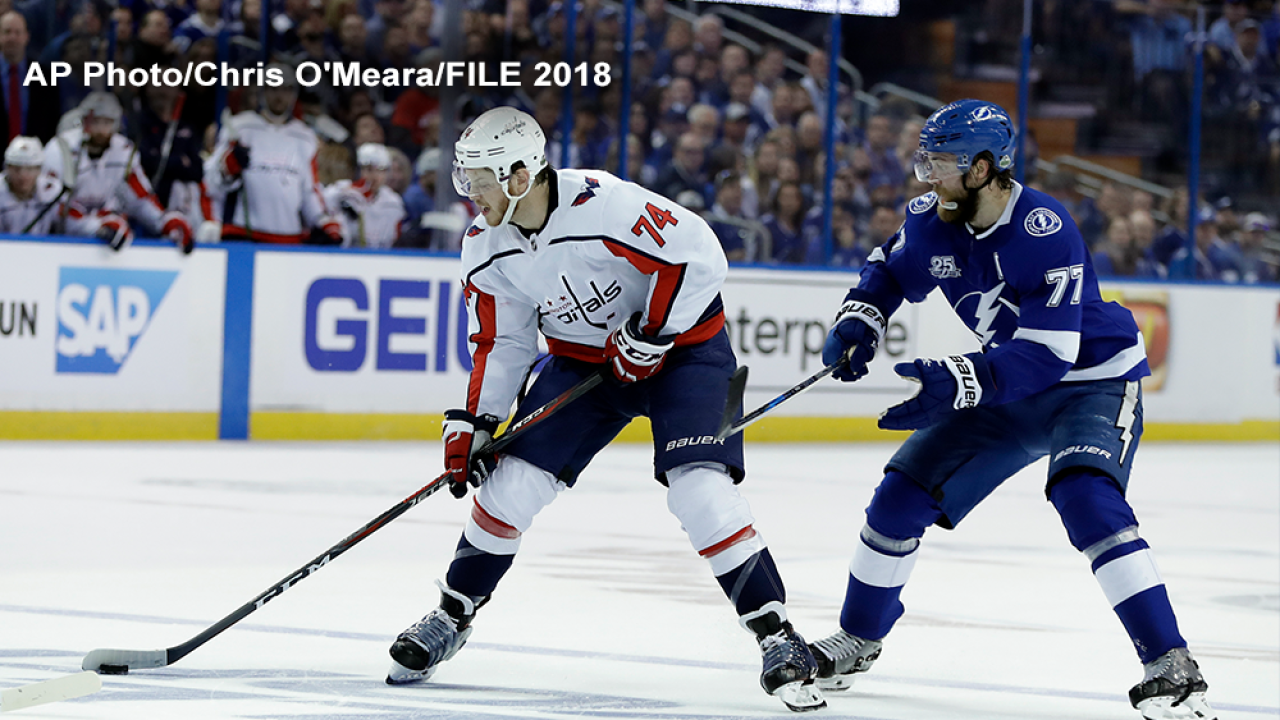 TORONTO – The Tampa Bay Lighting beat the Washington Capitals 3-2 in a shootout in the team's round-robin opener on Monday.

Tampa Bay survived the shootout after goals from Nikita Kucherov and Brayden Point. TJ Oshie scored the only goal for Washington.

Bolts head coach Jon Cooper pointed out that this isn't a playoff win, which is technically correct. But it is a postseason win, and the intensity was still high.

Stephens tallied his first postseason goal and was a key factor in Tampa Bay's faceoff game.

"It was a pretty cool feeling for sure," Stephens said. "To help the team in any way possible. To bring energy, to bring speed and faceoffs."

The Bolts play the Boston Bruins Wednesday, August 5 at 4 p.m. and will play the team's round-robin finale against the Philadelphia Flyers on Saturday.