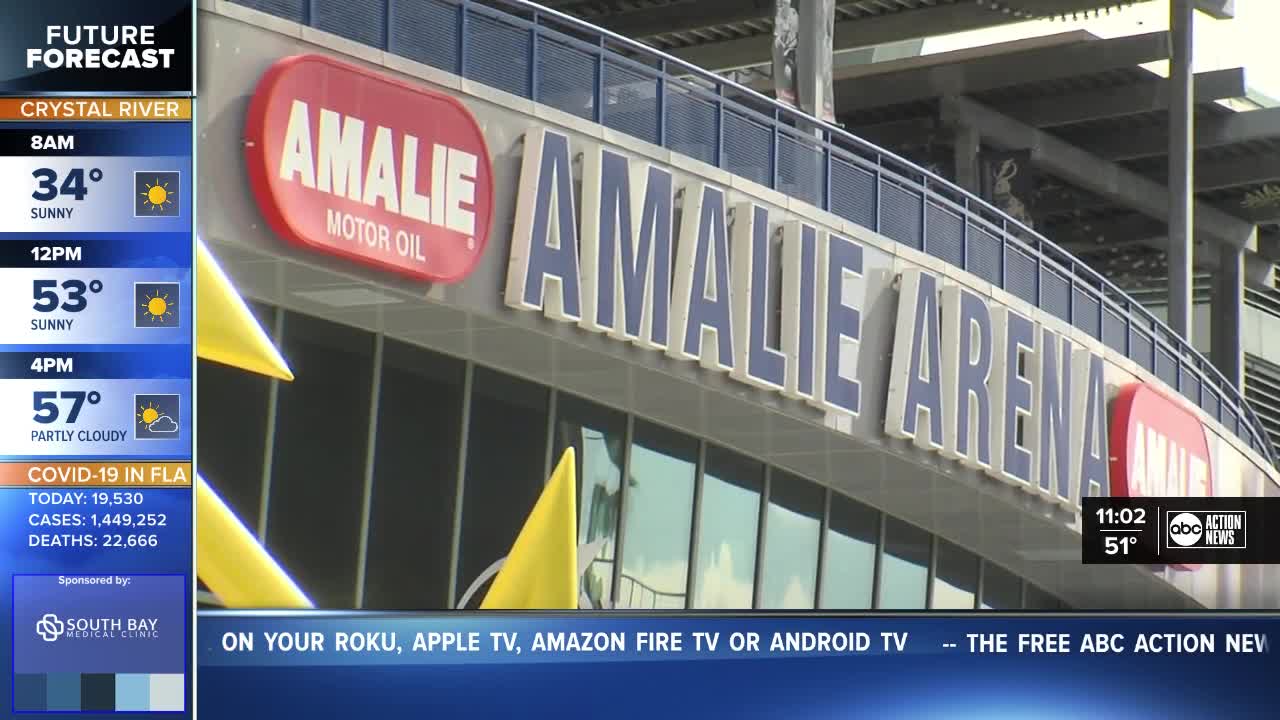 Amalie Arena will not have fans at the games due to rise in COVID-19 cases. 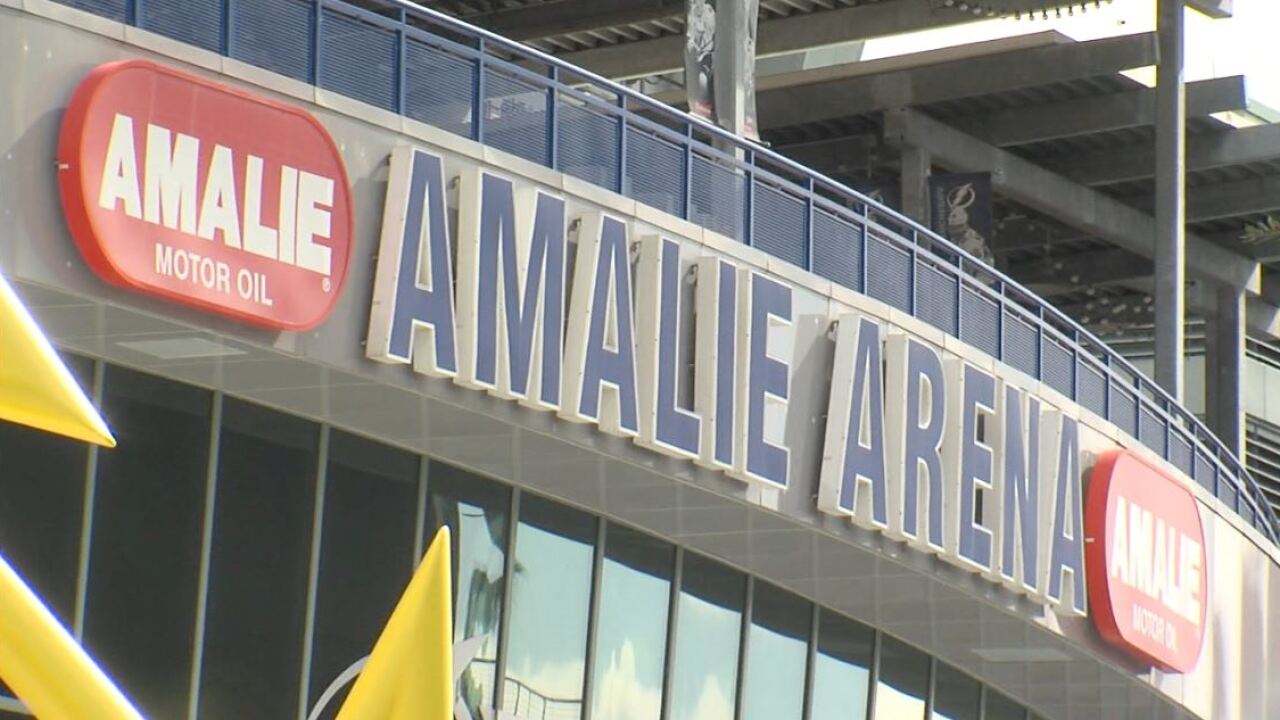 TAMPA, Fla. — TAMPA, Fla-- With the spike in coronavirus cases the Lightning and Raptors will no longer have fans at Amalie Arena.

The Lightning planned to open the season with limited fan attendance at home games at Amalie Arena. It’s less than a week before the season opener, and the team has changed its mind.

The Lightning open the season against Chicago and had around 4,000 fans planned for attendance. That's roughly 23 percent of the seating capacity at Amalie Arena.

Saturday they announced that the team will not have any fans at their games.

“People like to root them on and the excitement and stuff makes it fun. It’s a disappointment honestly,” said Kassidy Girdler.

The Toronto Raptors, who have been calling Tampa their temporary home, will also start playing in an empty arena. This comes after an increase in COVID-19 cases in Tampa Bay.

“It’s kind of sad, but for now, whatever they got to do,” said Duylan Quinn.

Though fans may not be happy about it. USF Professor Dr. Tom Unnasch said it's the right call.

“We’re at the beginning of a very major second wave. It’s probably going to peak out at two to three times the daily case numbers we are seeing right now,” explained Dr. Unnasch.

Friday Hillsborough and Pinellas counties added nearly 2,000 cases. Dr. Unnasch said to flatten the curve we need to do more than what we’ve been doing.

This is another financial hit to downtown business who rely on foot traffic at the arena to keep their businesses open and their employees on their payrolls.

ABC Action News reached out to Mayor Jane Castor and the Tampa Downtown Partnership for reaction, but haven't heard back.

Amalie will remain closed to the public at least through February 5. Those who were able to purchase tickets will be contacted about getting a refund or credit.