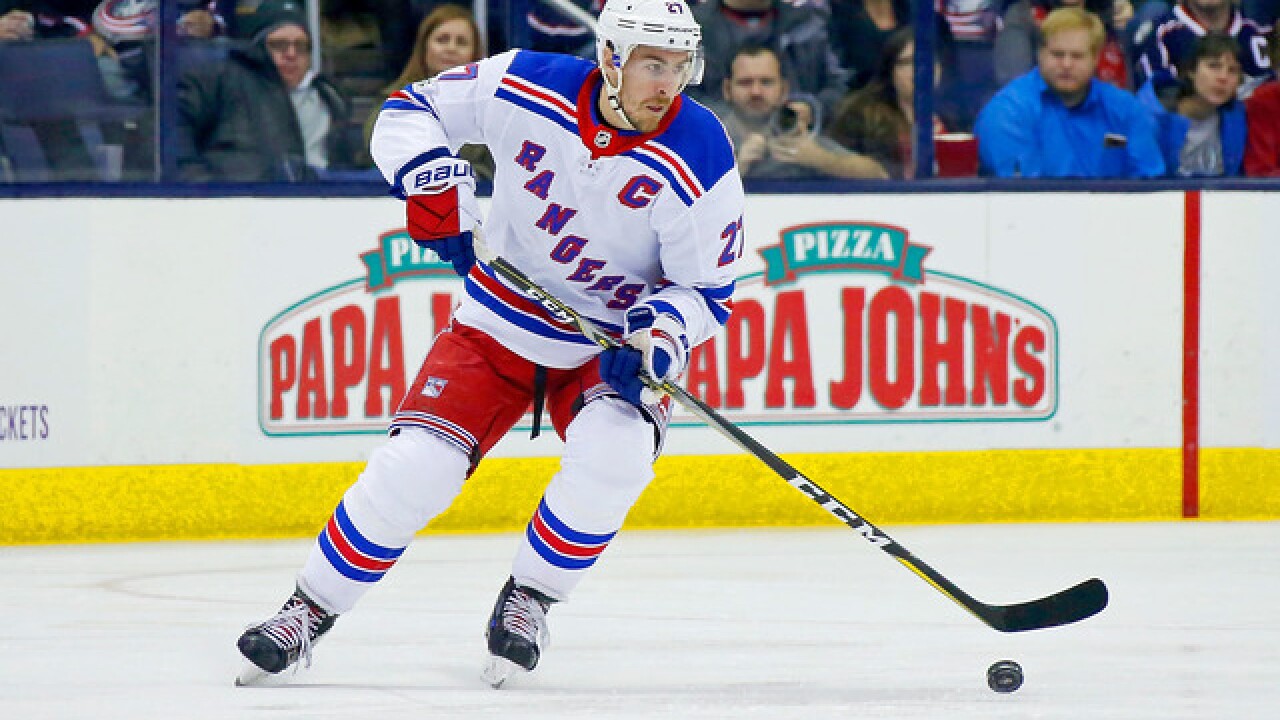 Copyright 2018 Scripps Media, Inc. All rights reserved. This material may not be published, broadcast, rewritten, or redistributed.
Kirk Irwin
<p>COLUMBUS, OH - NOVEMBER 17: Ryan McDonagh #27 of the New York Rangers controls the puck during the game against the Columbus Blue Jackets on November 17, 2017 at Nationwide Arena in Columbus, Ohio. (Photo by Kirk Irwin/Getty Images)</p>

The Tampa Bay Lightning made a blockbuster move at the NHL trade deadline in an effort to sure up their Stanley Cup hopes.

The team made a major move just before the deadline on Monday afternoon.

TSN reported that the team acquired New York Rangers team captain Ryan McDonagh and J.T. Miller in exchange for Libor Hajek, Brett Howden and Vladislav Namestnikov, along with a 2018 first-round pick and a conditional second round pick in 2019 back to the Rangers.

The Lightning are already in first place in the Eastern Conference and look to be all in for the Cup this year.

McDonagh is a 2-time all-star and was selected 15th overall by the Rangers in the 2011 draft. J.T. Miller is a 24-year-old left winger with 13 goals and 27 assists this season.