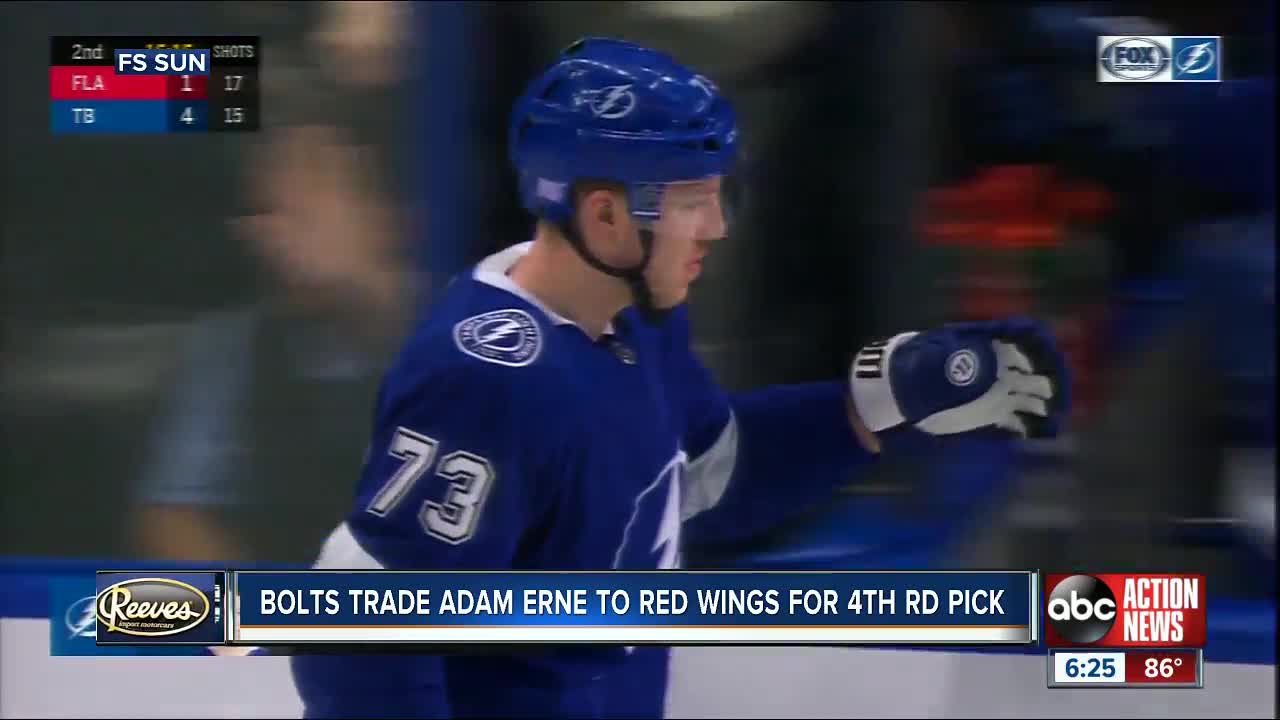 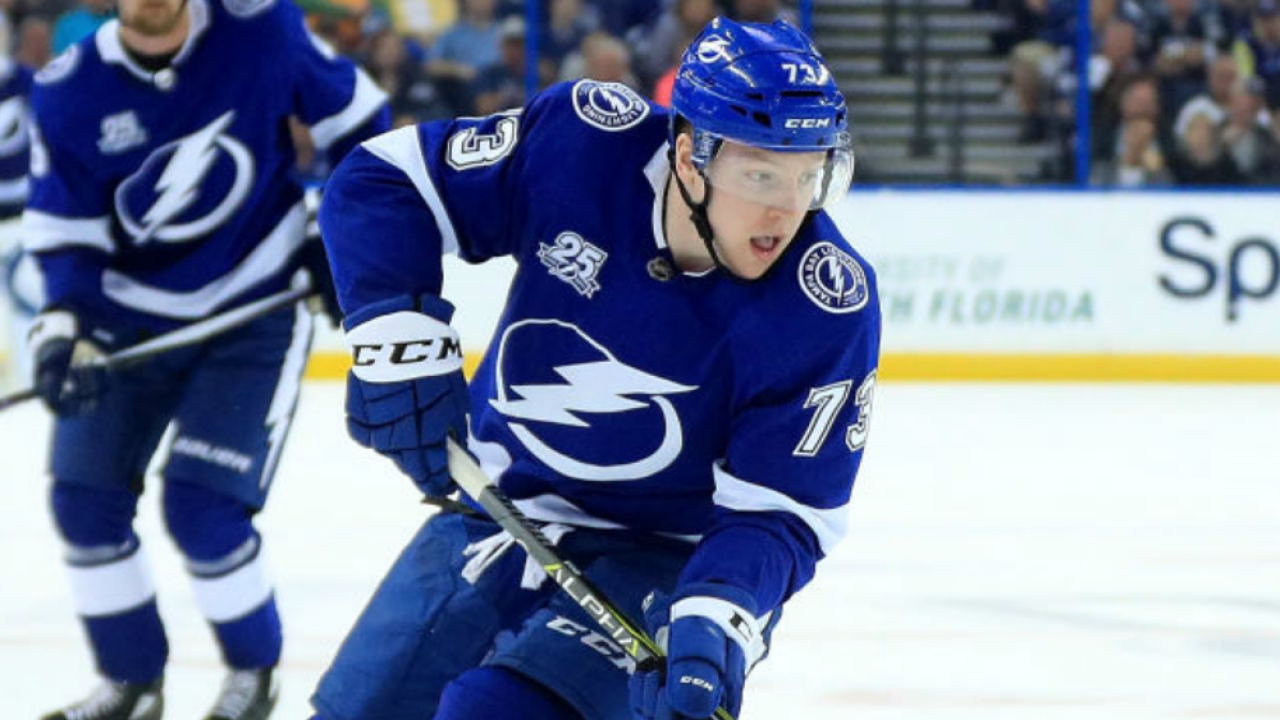 DETROIT (AP) -- The Detroit Red Wings have acquired forward Adam Erne from the Tampa Bay Lightning for a fourth-round pick in the 2020 draft.

Red Wings general manager Steve Yzerman made the move Wednesday, adding a player he drafted in the second round in 2013 while running Tampa Bay's front office.

RELATED: A yellow lab puppy named Bolt is the newest member of the Tampa Bay Lightning

The 24-year-old Erne had seven goals and 20 points in 65 games for the Lightning last season and was among team leaders with 159 hits last season. The native of New Haven, Connecticut, has 13 career goals and 14 assists in 114 games over three seasons.

Yzerman, an all-time great in Detroit, is in his first year as the Red Wings' general manager.