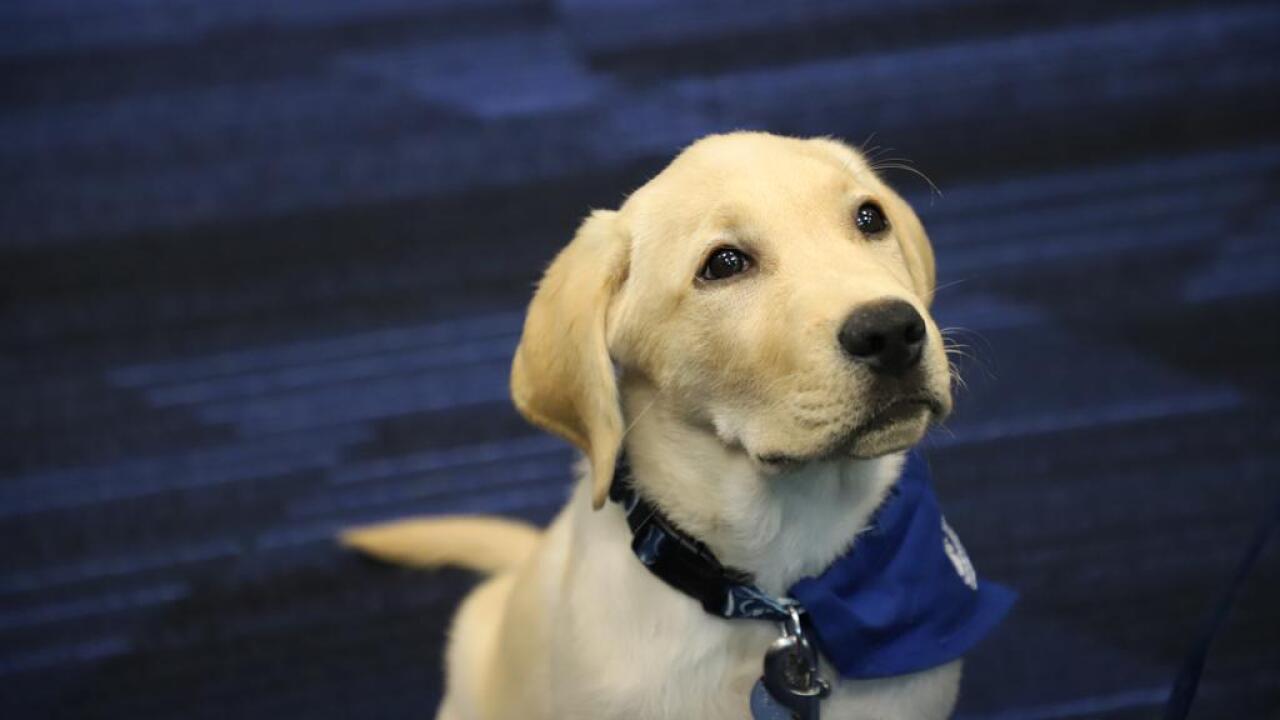 The Tampa Bay Lightning have been active this offseason, but now the roster has gone to the dogs.

According to the team, Bolt was born March 31, 2019. He will serve as a team ambassador while also training to be a service dog when his Lightning career is over. He spent the first 12 weeks of his life in the Grant and Shirley Herron Puppy Academy at Southeastern Guide Dogs. After 12 weeks, Bolt left for boarding school with a designated "Puppy Raiser" from the Lightning organization. In a year Bolt will return to Southeastern Guide Dogs to continue his education and eventually begin his career as a service dog with a courageous person who needs him.

You can learn more about Bolt's journey and his mission here.

Hi, Bolts fans! I’m Bolt. I’m being raised by the @tblightning to be a service dog for @seguidedogs once my career with the team is over. Can’t wait to meet you! 🐾

And Bolt will be chroicling his adventures with the Lightning on social media. You can follow this good boy on Twitter or Instagram @boltspup for the latest.