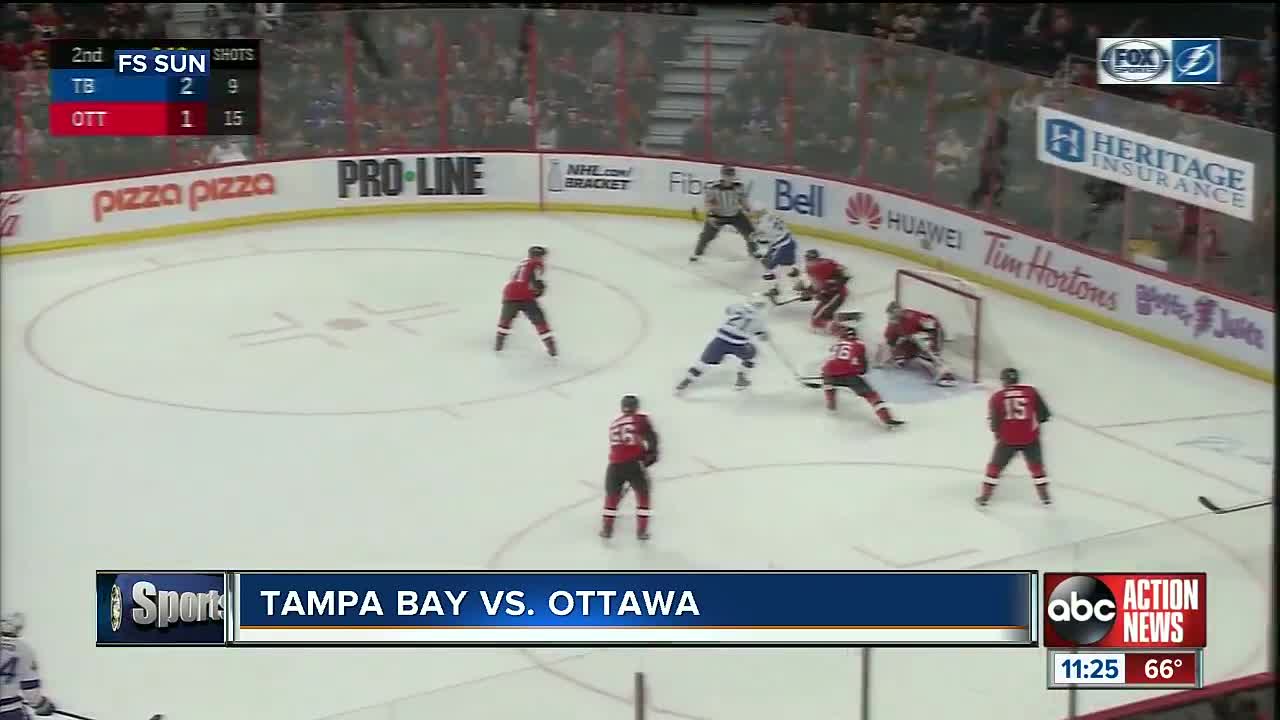 he Tampa Bay Lightning added another impressive milestone Monday, picking up their 60th win of the season with a 5-2 victory over the Ottawa Senators. The Lightning, who play their final three games on the road, are just the third team in NHL history to win 60 games in a season. The other teams to win at least 60 regular-season games in a season are the 1976-77 Montreal Canadiens (60-8-12) and the 1995-96 Detroit Red Wings (62-13-7). 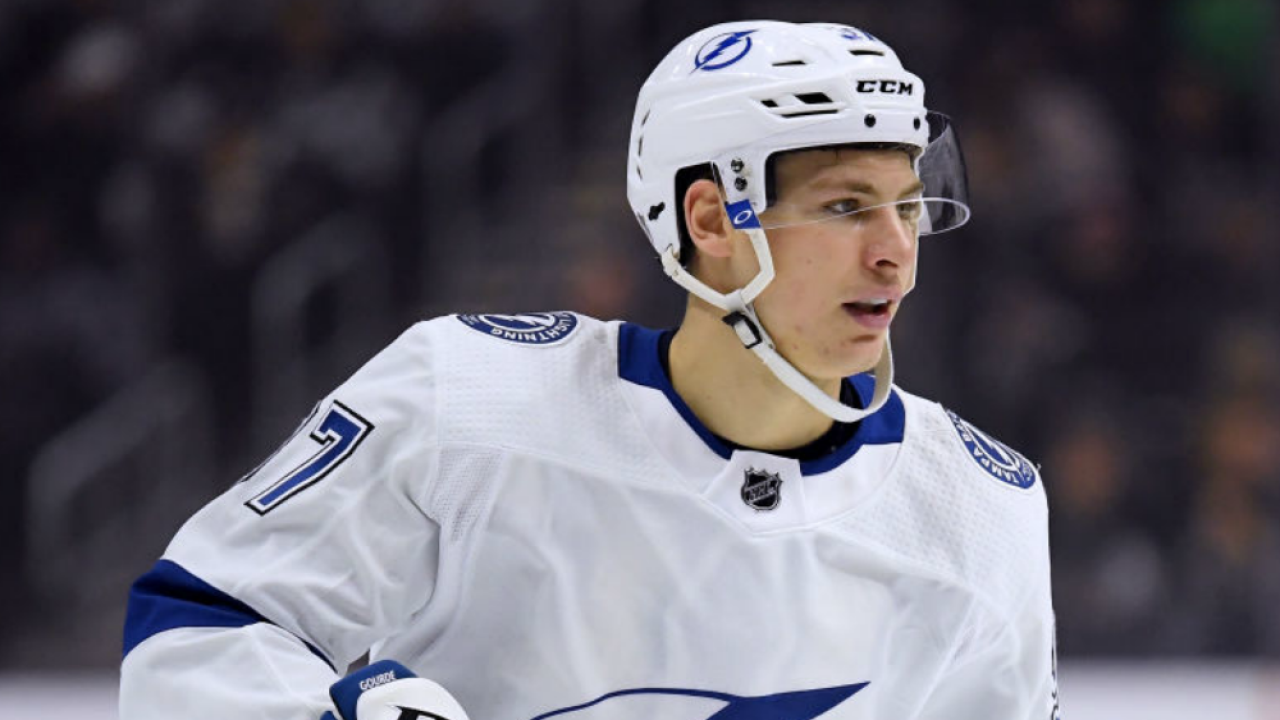 OTTAWA, Ontario (AP) — The Tampa Bay Lightning added another impressive milestone Monday, picking up their 60th win of the season with a 5-2 victory over the Ottawa Senators.

The Lightning, who play their final three games on the road, are just the third team in NHL history to win 60 games in a season.

“Winning 60, you’ve got to give a ton of credit to those players,” Lightning coach Jon Cooper said. “From being in the league a while now and understanding what a grind it is to play 82 with the schedule and everything and to win three out of every four and to do it all year long.

“You’ve got to give those guys credit because in the end we’ve kind of been looking at the playoffs for a while and they keep bringing it so I’m really proud of the guys.”

Yanni Gourde led the way with two goals and an assist. Mikhail Sergachev, Brayden Point and Steven Stamkos also scored for the Lightning (60-15-4) and Nikita Kucherov had two assists. Andrei Vasilevskiy made 22 saves.

Brady Tkachuk and Max Veronneau scored for the Senators. Craig Anderson, playing in his 400th game with the Senators, stopped 21 shots.

The Senators felt there were a number of lessons to be taken from playing the league’s top team.

“When you look at individual guys, their top-end guys, and you see what they do away from the puck and see how they get open and stuff like that,” Tkachuk said.

“That’s what I do when I’m on the bench is try to have a look at those top-end guys if I’m not on the ice with them is try to learn from them a little bit.”

Tkachuk has been impressive in his rookie season and set a franchise record for most goals by a teenager with his 21st.

“He came in really wanting to prove that he was capable of playing in the league,” interim head coach Marc Crawford said. “He was ready to take on all comers. At the start of the season he impressed with how hard he forechecked and how hard he played. Where his progression has come is he’s become more of a player throughout the year.

“Everything we give him, he takes and just tries to implement his own identity on to the areas that we gave him. What I like most about him is he doesn’t waste any shifts.”

Trailing 3-1, the Senators made it a one-goal game as Veronneau scored his second career goal in tight on Vasilevskiy, but less than a minute later the Lightning regained their two-goal lead with Gourde scoring his second of the game on a breakaway.

Gourde made the most of playing with Point and Kucherov.

“It’s pretty amazing,” Gourde said. “These guys are so good. They’re so talented, they see the ice so well. They skate, they work hard. I mean there’s not much you can say about them, they’re amazing players.”

Stamkos made it 5-2 with less than three minutes remaining.

The Lightning jumped out to a 3-1 second-period lead after a slow start to the game.

Sergachev made it 2-1 midway through the period with a shot from just inside the blueline with Anderson screened, while Point made it 3-1 with his 41st of the season. Gourde made a behind-the-back pass to Point, who was left all alone out front.

The Lightning opened the scoring at the 12-minute mark as Kucherov saw Gourde at the side of the net and he tapped it into the open net.

Ottawa tied the game late in the period as Tkachuk beat Vasilevskiy through the legs.

Lightning: at Montreal on Tuesday night.