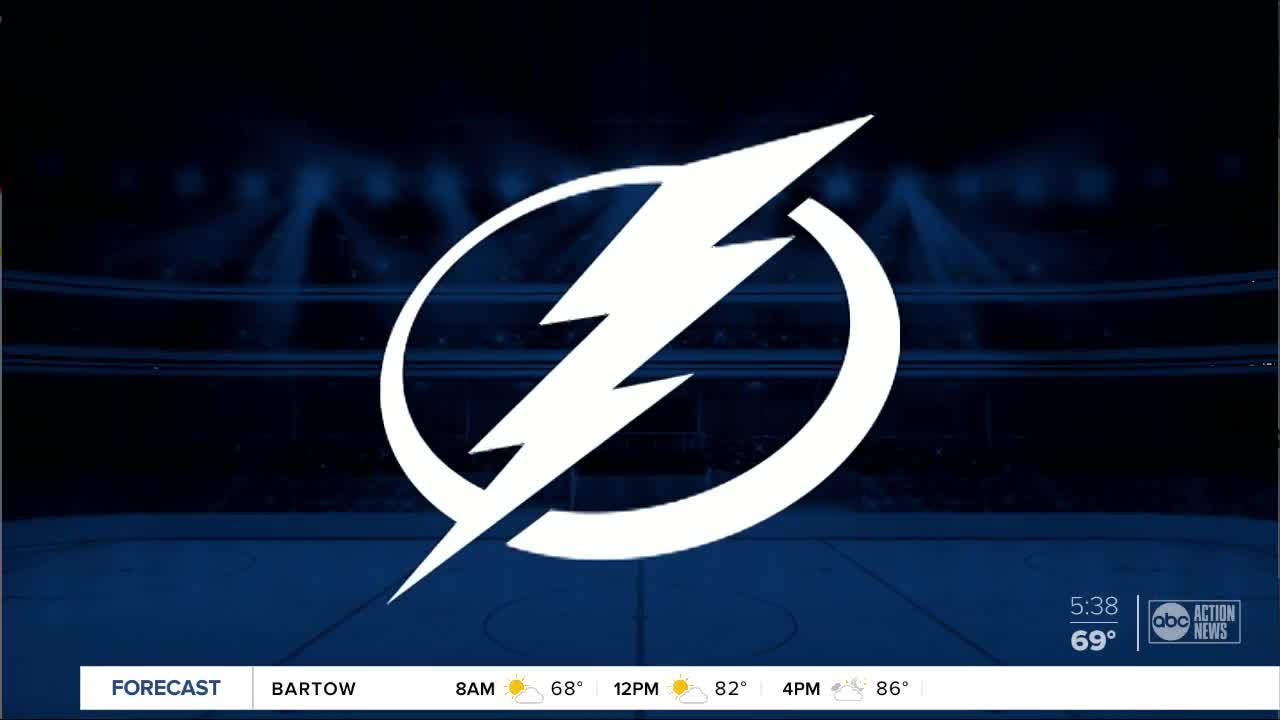 Things are going so well for the Tampa Bay Lightning that the they’re starting to judge the quality of their wins. Story: http://bit.ly/323kspe DENVER (AP) — Things are going so well for the Tampa Bay Lightning that the they’re starting to judge the quality of their wins.

“I don’t know. I don’t think we played well today ... We have to improve a lot in our game because we have a lot of good teams ahead of us. I don’t think we had a good effort today,” Nikita Kucherov said after stealing the puck from Nathan MacKinnon and scoring in overtime for a 4-3 victory over the Colorado Avalanche on Monday night.

Kucherov’s game-winner 3:03 into overtime sent the Lightning to a franchise-record 11th straight win and suddenly slumping Colorado to its third straight loss.

Kucherov was disappointed in the Bolts’ puck possession but said, “We had a great goalie today,” praising the play of Curtis McElhinney. “He had a heck of a game getting hit but he stuck with it. He made some huge saves for us.”

The game between two of the league’s top teams had the feel of a playoff showdown complete with momentum swings, hard hits and short tempers.

“It’s not a team we play often, but when you have a good team like that and both teams want to win, it’s going to boil over,” said Cameron Gaunce, who scored one of Tampa Bay’s three goals in the second period.

Steven Stamkos also had a goal for Tampa Bay in the second period that erased a 1-0 deficit, and McElhinney stopped 24 shots despite getting bowled over by Colorado’s J.T. Compher midway through the third period, sparking the first of two brawls in a tense ending.

McElhinney crumpled awkwardly and lay motionless for a moment before rising slowly. He was visited by a trainer but stayed in the game. Compher was called for interference.

McElhinney said he was fine physically and held no grudges.

“Honestly, I was kind of tied up, my arms were folded up under me. It wasn’t a hit to the head or anything,” he said. “It’s a good hockey play. I like it when guys drive to the net and I like the response from our team standing up for me. It’s nice to see. It’s hard hockey play on their part and I don’t have anything against that.”

Another scuffle broke out after MacKinnon leveled Ondrej Palat cleanly in front of Tampa Bay’s bench.

“I like the way that we hung in there. Good penalty kill at the end. In overtime it comes down to a key save here and there and a big-time play from one of our big players,” McElhinney said.

The Avalanche lost Rantanen when he was tripped into the boards at full-speed by Erik Cernak in the second period. Rantanen immediately left the ice and headed inside before the Bolts killed the power play.

Francouz stopped the first 11 shots he faced starting in place of Philipp Grubauer, who suffered a lower body injury in the Avs’ 3-1 loss to the Kings in the NHL Stadium Series at the Air Force Academy on Saturday night.

Then Palat sent a pass through the slot to Killorn as he skated toward the crease, and Killorn redirected the puck into an open net at 4:54. Gaunce scored his first goal since March 24, 2017, just 16 seconds later with a shot from the point that beat Francouz on the short side.

Stamkos made it 3-1 when he came from behind the net and tapped in the loose puck sitting behind Francouz in the crease.

Colorado pulled to 3-2 on MacKinnon’s goal with 94 seconds left in the second period and the Avs tied it up when Cale Makar’s shot deflected off Valeri Nichushkin with 12:43 left in the third.

The Avs are now without Grubauer and three key forwards — Rantanen, Matt Calvert and Nazem Kadri — for several weeks.

“Other guys have to step up,” Bednar said. “It’s a great opportunity. We have to carve out wins like we did earlier in the year. It’s going to be tougher and tougher but hopefully we can get those guys healthy and back to rejoin our team as soon as possible.”

Tampa Bay’s 11th straight victory — the longest winning streak in the NHL this season — broke the franchise mark of 10 set last season and tied earlier this season. Tampa Bay is just the second NHL franchise to record a pair of double-digit winning streaks a single season, joining the Boston Bruins, who did it in 1929-30 and 1970-71.

“It’s pretty surreal this run we’ve been on the last couple of months,” McElhinney said. “This 11-game run has been a lot of fun. It’s special, it seems like we’re going about our business and it’s not really so much about the streak.”

The key to it all?

“Scoring more goals than the other team,” Gaunce said.

NOTES: The Avs are the highest-scoring team in the league, averaging 3.56 goals per game, and the Lightning are second at 3.54 goals per game. ... Tampa Bay has allowed three or fewer goals in 22 consecutive games, going 19-2-1 over that stretch. The Bolts are surrendering a league-low 1.71 goals per game in 2020.