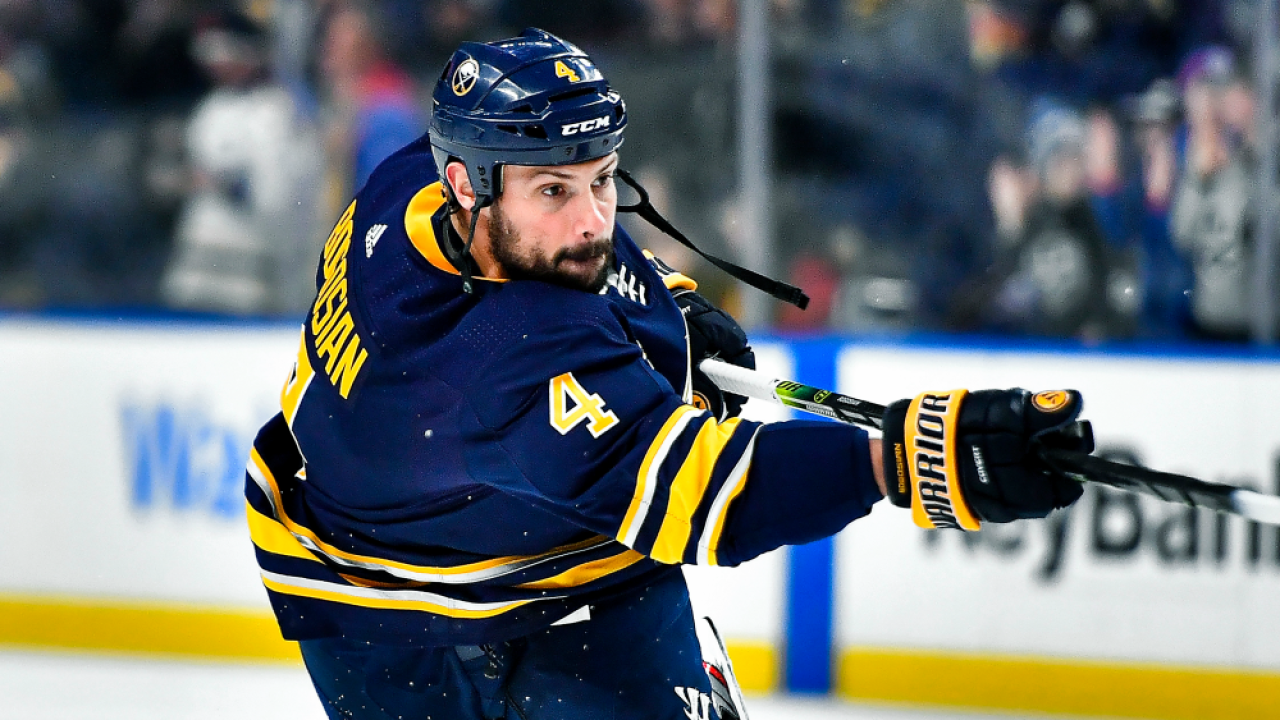 (Copyright 2020 The Associated Press. All rights reserved. This material may not be published, broadcast, rewritten or redistributed.)
AP Photo/Adrian Kraus
Buffalo Sabres defenseman Zach Bogosian warms up before an NHL hockey game against the Los Angeles Kings in Buffalo, N.Y., Saturday, Dec. 21, 2019.

TAMPA, Fla. — Defenseman Zach Bogosian went from having his contract terminated by the Buffalo Sabres to landing in the thick of the playoff race with the Tampa Bay Lighting.

The Lightning on Sunday announced they signed Bogosian to a one-year, $1.3 million contract.

The 12-year veteran returns to the NHL after spending the past week in limbo. The Sabres suspended Bogosian for refusing to report to the minors last weekend, before placing him on unconditional waivers on Friday.

He then became a free agent after having his contract terminated, and foregoing the remaining portion of the $6 million he had left on the final year of his deal. Bogosian had until Monday afternoon to sign with a team in order to be eligible to compete in the playoffs.

The 29-year-old joins a Lightning team that sits second in the Atlantic Division standings with 85 points, five back of NHL-leading Boston. Following a 7-3 loss at Arizona on Saturday, Tampa Bay has dropped two straight in regulation for the first time since mid-November.

The Lightning are currently down two defensemen, with Ryan McDonagh and Jan Rutta both listed week to week with lower body injuries.

He missed the first 22 games in Buffalo after having his second hip operation in three years. Bogosian then appeared in 10 straight games before requesting a trade shortly after learning he was going to be a healthy scratch.

He’s been limited to one goal four assists in 19 games this season. Overall, he has 53 goals and 141 assists in 636 career games.

Bogosian, who is from New York, was selected by the Atlanta Thrashers with the third pick in the 2008 draft, and he followed the franchise as it relocated to Winnipeg in 2011.

Bogosian’s addition comes a week after the Lightning acquired forward Blake Coleman in a trade with the New Jersey Devils.