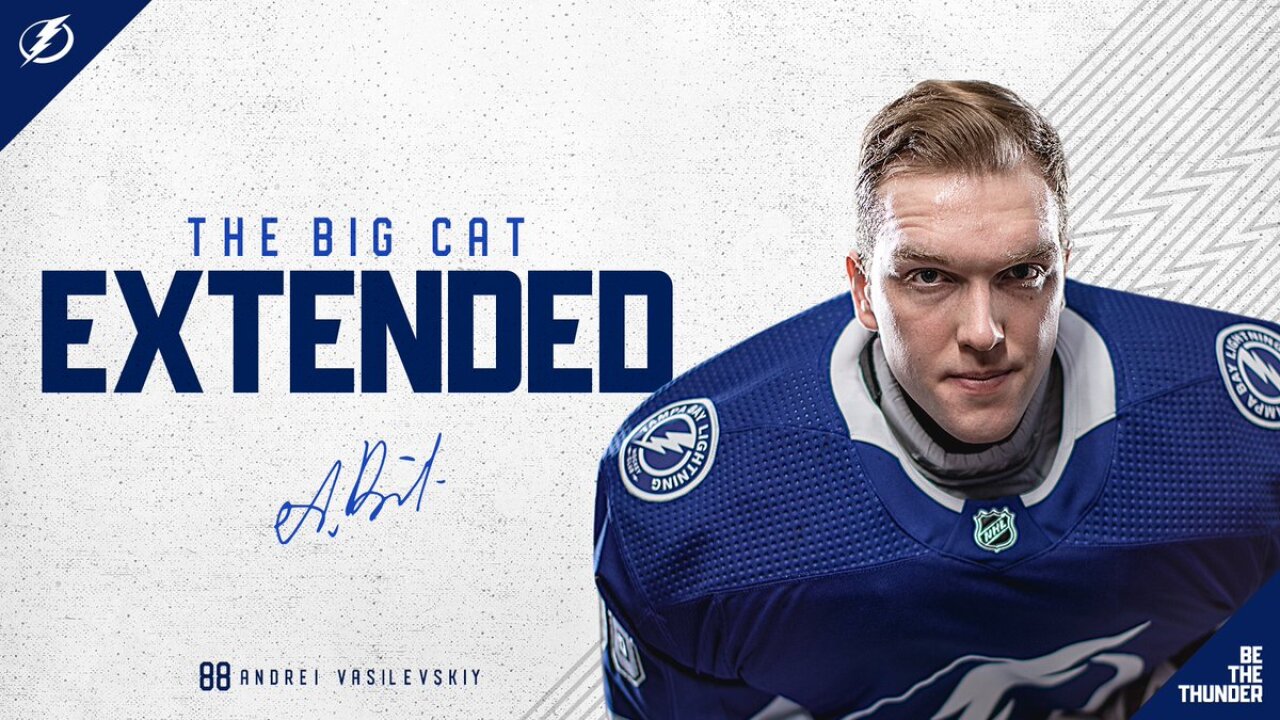 TAMPA, Fla. — The Tampa Bay Lightning have re-signed goalie Andrei Vasilevskiy to an 8-year-deal with an average annual value of $9.5 million, $76 million overall.

We have re-signed Andrei Vasilevskiy to an eight-year contract worth an AAV of $9.5 million.

"I'm very excited to sign this extension with the Lightning today," Vasilevskiy said. "I'd like to thank the entire organization, including Mr. Vinik, Julien BriseBois and the great Bolts fans, for making this such a great place to play and live for me and my family."

"The Lightning are very proud to extend Andrei for another eight years today," BriseBois said. "Since joining the organization Andrei has shown unmatched work ethic and professionalism both on and off the ice. We look forward to him continuing his career in Tampa Bay for the foreseeable future."

Vasilevskiy is the team's all-time leader in saves and shutouts.

He was drafted by the Lightning 19th overall in the 2012 NHL Draft.