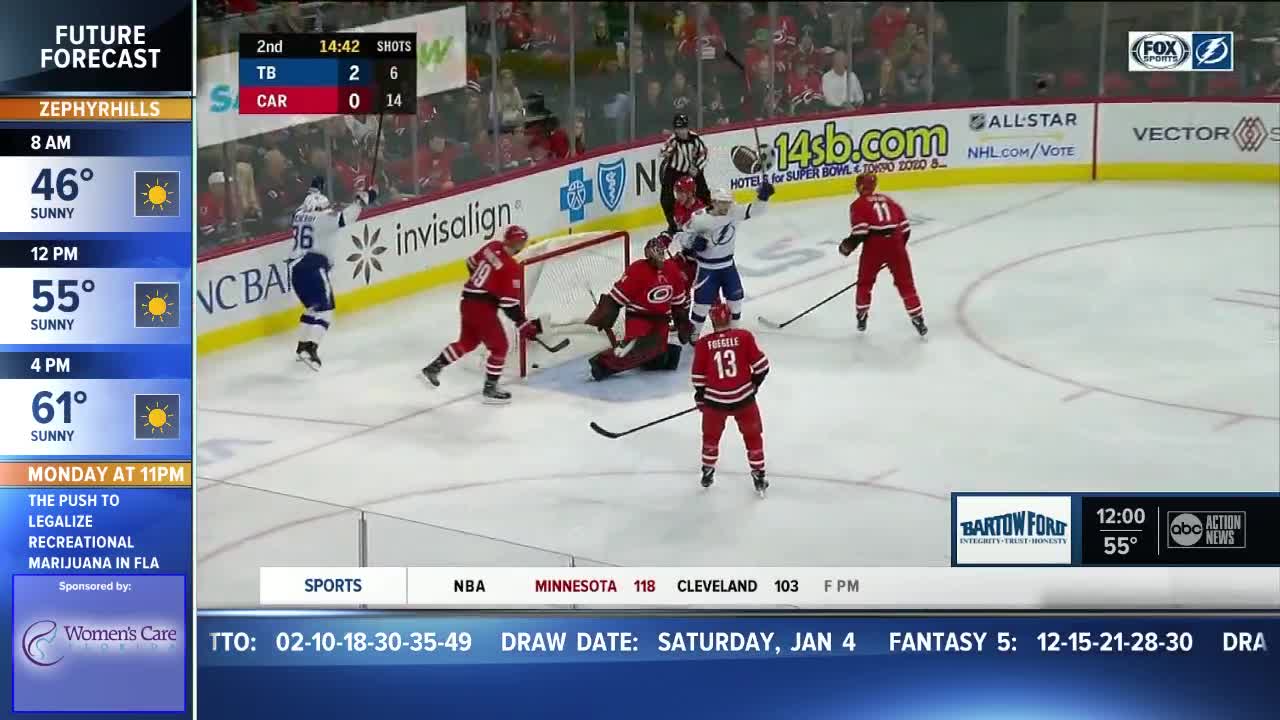 Steven Stamkos had a goal and an assist, Nikita Kucherov had two assists and Tampa Bay beat the Carolina Hurricanes 3-1 Sunday for their seventh straight victory. The Lightning, who played a 5 p.m. game at Carolina after winning the previous night in Ottawa, also got 28 saves from Andrei Vasilevskiy to improve to 5-1-1 this season on the second game of a back-to-back. 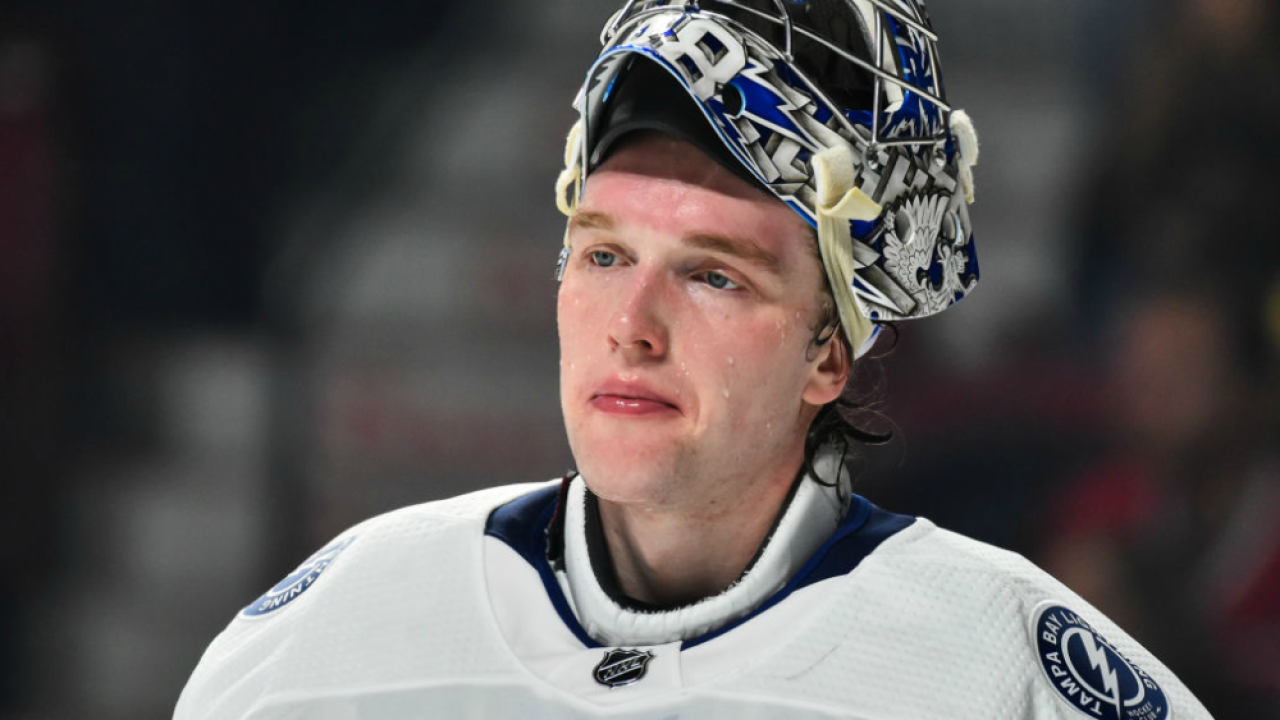 RALEIGH, N.C. (AP) — Not even a brutal schedule is slowing the Tampa Bay Lightning.

Steven Stamkos had a goal and an assist, Nikita Kucherov had two assists and Tampa Bay beat the Carolina Hurricanes 3-1 Sunday for their seventh straight victory.

The Lightning, who played a 5 p.m. game at Carolina after winning the previous night in Ottawa, also got 28 saves from Andrei Vasilevskiy to improve to 5-1-1 this season on the second game of a back-to-back.

“I’ve been in the league a while and that was one of the worst back-to-backs, having played in Canada, clearing customs, getting in at 2:30, 3 in the morning,” Stamkos said. “We knew this was going to be a tough one, so we just wanted to lay it out on the line early, and we had a great start.”

Mitchell Stephens and Brayden Point also scored for the Lightning, whose winning streak includes just the second sweep of a four-game trip in franchise history. Tampa Bay won at Buffalo, Montreal, Ottawa and Carolina over a six-day period.

Andrei Svechnikov scored for Carolina, which lost its second straight and fell to 2-2 on its seven-game homestand.

“You could tell we were kind of fatiguing at the end of the game,” Stamkos said, “but we stuck with it, and we didn’t really break.”

The good start by the Lightning came partly at the expense of Carolina defenseman Dougie Hamilton, who recently was selected to represent the Eastern Conference in the All-Star Game. Hamilton’s inability to keep a bouncing puck in the Tampa Bay zone turned the Lightning loose on a 2-on-1 break that led to the opening goal by Stephens 2:36 into the game.

Just 2:08 later, Stamkos scored an unassisted goal when he capitalized on a turnover by Hamilton, who was being bothered from behind by Kucherov when he lost the puck. The Hurricanes appeared to be anticipating an icing call before Hamilton tracked down the puck or a hooking call on Kucherov.

“One (goal) I can’t blame because of icing and a hook so that one you’ve just got to toss away, it happens,” said Hurricanes coach Rod Brind’Amour. “We weren’t ready to play. I mean, at the end of the day, there were two periods where we didn’t do anything. You can’t expect to win that way. We were flat.”

The Lightning scored on their first two shots on goal and led 2-0 after one period despite being outshot 13-5. It was a decidedly different start from the last time the teams met on Nov. 30 in Tampa Bay, when Carolina scored three first period goals en route to a 3-0 win.

Lightning coach Jon Cooper noted the Hurricanes have a reputation for jumping on opponents fast, so Tampa Bay hoped to weather the storm early. The Lightning instead got two quick goals, added the third goal by Point in the second period, and then held on in the third period when they were fatigued.

Svechnikov scored on a feed from Jaccob Slavin, but it was the lone Carolina goal on a night when Tampa Bay blocked 16 shots.

“It starts with (Vasilevskiy),” said Lightning forward Anthony Cirelli. “He’s making huge saves for us, and the big thing is breaking the puck out. We’re doing a good job of trying to get out of the zone quicker. Another thing is blocking shots. I think the guys are doing a good job getting in lanes and helping out when we can.”

Brind’Amour said Tampa Bay played a good, simple game, got ahead and hung back in the third period to earn the win. Carolina, meanwhile, couldn’t find an answer after giving up two early goals.

“I think that’s the first one I can say all year that we had nothing,” Brind’Amour said. “We certainly weren’t ready to play the way we needed to, to win.”

NOTES: Kucherov extended his point streak to four games and has one goal and four assists during that stretch. ... Second-year player Svechnikov has more career goals (38) and points (78) than any other player in the 2018 draft class. He was the No. 2 overall pick...The Lightning went 4-for-4 on the penalty kill.

Hurricanes: Play Philadelphia on Tuesday night in the fifth game of a seven-game homestand.