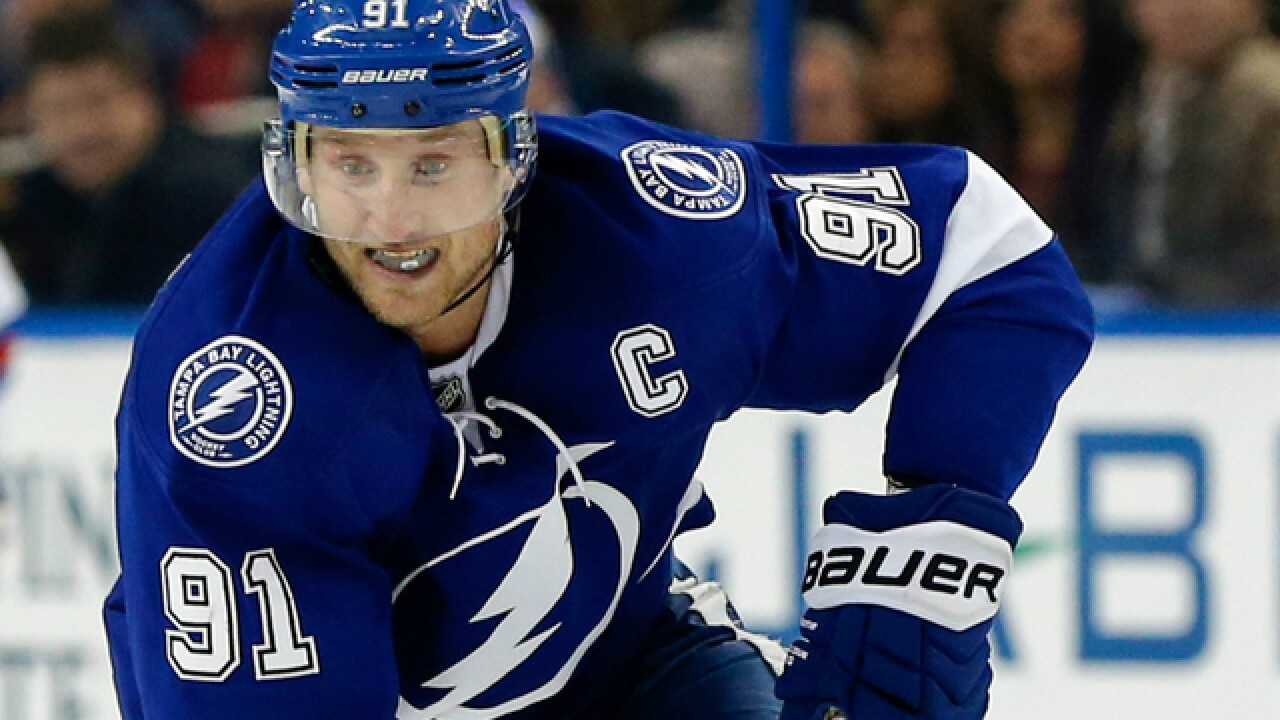 Mike Carlson/Getty Images
<p>TAMPA, FL: Steven Stamkos of the Tampa Bay Lightning against the New York Rangers at the Amalie Arena on November 26, 2014 in Tampa, Florida.</p>

Stamkos had a goal and three assists, and Kucherov had two goals and an assist. They are the first teammates to start the season with nine-game streaks since St. Louis' Pavol Demitra and Doug Weight in 2001-02.

Andrei Vasilevskiy, coming off a 43-save blanking of Columbus on Thursday night, lost his bid for second straight shutout bid on Jake Guentzel's goal with 1:42 to play. Vasilevskiy finished with 28 saves.

Pittsburgh is 5-2 over its last seven games, with both losses against Tampa Bay.

With Crosby off for cross-checking, Kucherov scored at 1:36 of the first. Kucherov got his 10th goal in Tampa Bay's three-goal second.

After leaving the penalty box following Kucherov's first goal, Crosby was given a 10-minute misconduct after arguing with referee Garrett Rank.

Stamkos made it 2-0 with a man-advantage goal with 5:44 left in the first. It was his 113th power-play goal, which broke a tie with Vincent Lecavalier (112) for most in Tampa Bay history.

After Vasilevskiy had a stellar save on Carl Hagelin, Tampa Bay took a 3-0 lead on Gourde's backhand with two-tenths of second remaining in the first.

Niemi made an in-close save on Gourde during a short-handed 2-on-none 5 in minutes into the game. Niemi also lost 5-4 at Tampa Bay Oct. 12.

Lightning: At Carolina on Tuesday night.