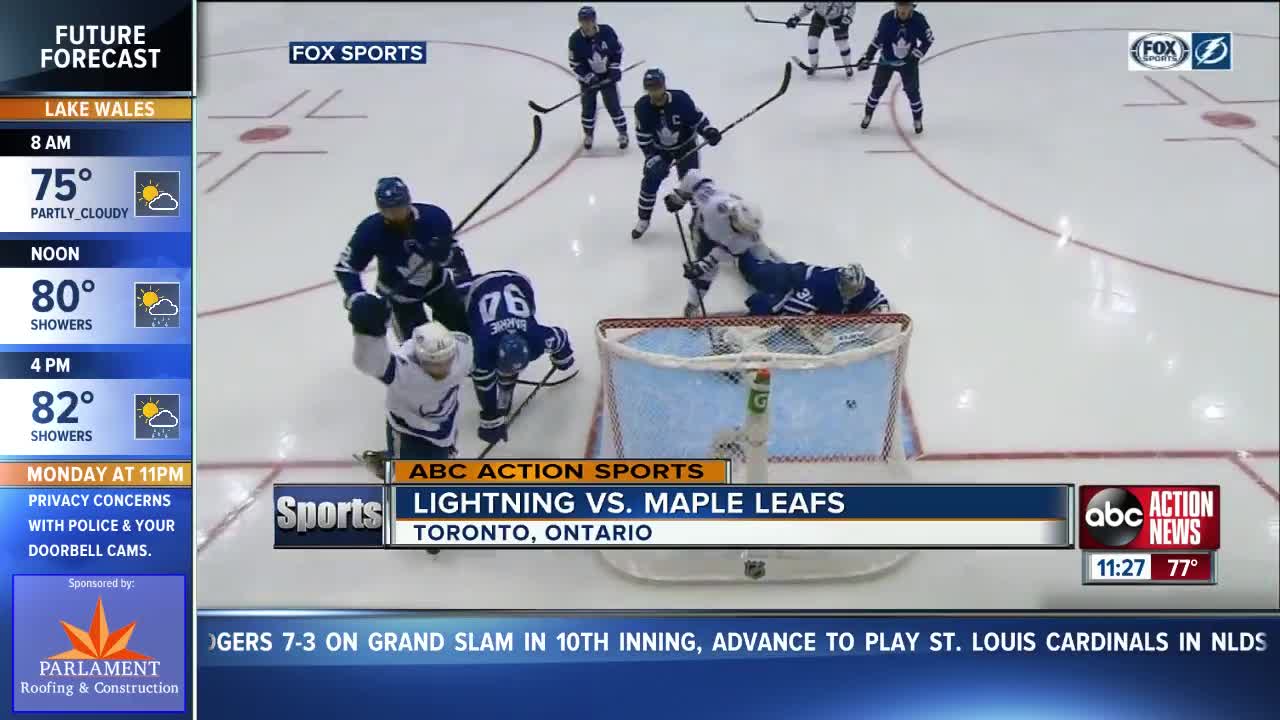 Steven Stamkos was in a much better mood after the Tampa Bay's latest effort and an 11-point night from the Lightning's top line. Nikita Kucherov scored twice and finished with four points, Brayden Point had two goals and an assist in his season debut and the Lightning beat the Toronto Maple Leafs 7-3 on Thursday night. Stamkos added a goal and three assists and Ondrej Palat also scored for Tampa Bay. 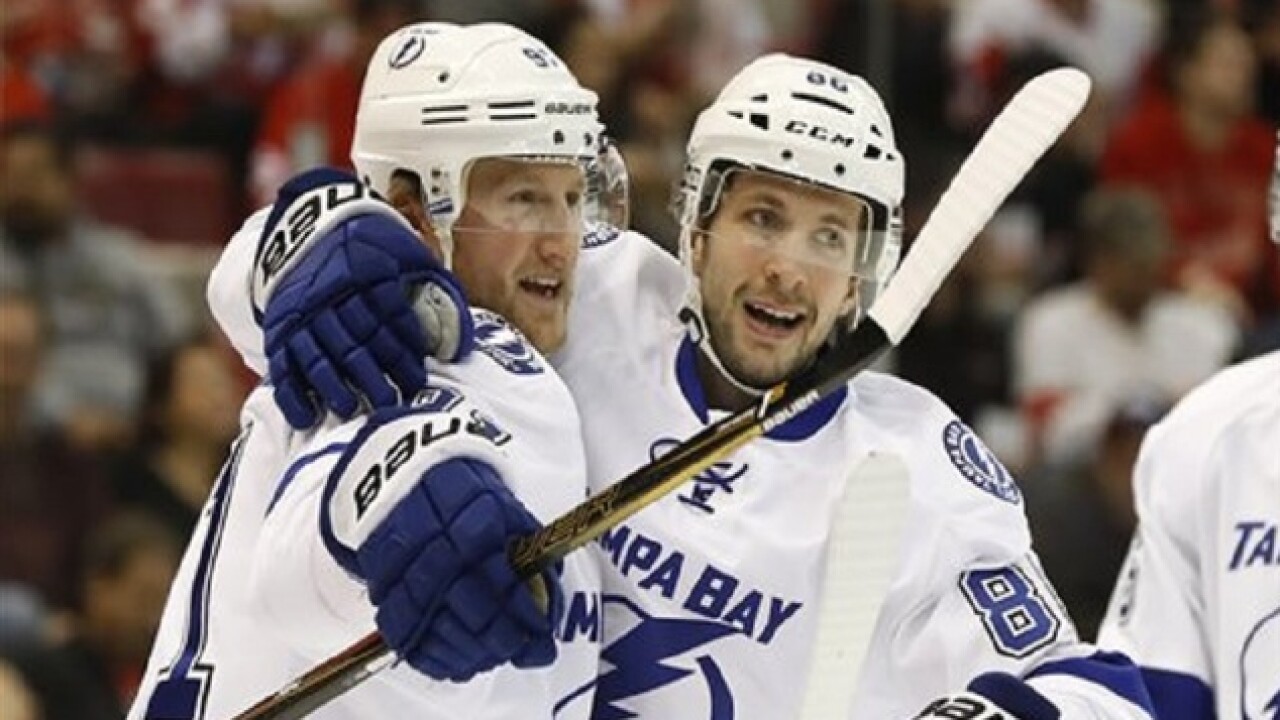 TORONTO (AP) — Steven Stamkos was in a much better mood after the Tampa Bay's latest effort and an 11-point night from the Lightning's top line.

Nikita Kucherov scored twice and finished with four points, Brayden Point had two goals and an assist in his season debut and the Lightning beat the Toronto Maple Leafs 7-3 on Thursday night.

Anthony Cirelli had three assists and Andrei Vasilevskiy made 25 saves as the Lightning snapped a two-game slide.

Auston Matthews had a goal and an assist, and John Tavares and Andreas Johnsson also scored for Toronto.

"We just didn't execute at a very high level," Tavares said. "That kind of effort isn't going to win us many hockey games."

Frederik Andersen allowed seven goals on 28 shots before being replaced by Michael Hutchinson seven minutes into the third period. Hutchinson had five saves.

The teams combined for seven goals and 27 shots in a wild opening 20 minutes, but the Lightning took charge from there.

"After that crazy first period we really settled down and we defended really well," Stamkos said. "If we can play like we did tonight, you can see what happened."

Tampa Bay's top line of Point, Stamkos and Kucherov — which had 318 points last season — finished with 11 points Thursday in their first action together this season.

"We can shut really elite teams down by skating and competing," Stamkos said. "Those are the two things we talked about.

"It was a great response."

The Lightning were coming off a 4-3 overtime loss at Carolina on Sunday. In that game, the Hurricanes built a 44-13 advantage in shots.

Following a wild first period that saw a combined seven goals, 27 total shots and a 4-3 lead for the Lightning, the Leafs pushed back in the second.

But Point — who missed a chunk of training camp before signing a three-year, $20.25 million contract as a restricted free agent and then sat out the Lightning's first three games following offseason hip surgery — scored his second goal of the game.

Stamkos left a pass for Kucherov, who saw his quick shot deflected home by Point at the lip of the crease at 10:46 to put Tampa up by two.

Vasilevskiy, who allowed three goals on 13 shots in the first, made a nice save on Trevor Moore later in the second before stopping a tip by Matthews.

Moments after Matthews saw a good chance blocked by Victor Hedman early in the third, Tampa put the game out of reach at 3:58, when Palat's centering pass glanced off Leafs winger Kasperi Kapanen and past a surprised Andersen for his second.

Kucherov added his second of the game after stepping out of the penalty box at 6:57, when Andersen gave the puck away to Stamkos, who fed his linemate down low. He beat the Toronto netminder between the pads to make it 7-3.

That was it for Andersen, who was pulled for Hutchinson.

Tampa Bay, which tied an NHL record with 62 wins last season, got off to a fast start in the first.

Point got things started at 2:28 on his second shift of the season. He pounced on a rebound that Andersen couldn't control.

Toronto responded at 4:19, when Johnsson took a pass off the rush from Matthews on a power play and beat Vasilevskiy for his first.

Toronto then went up 2-1 at 7:46 when Tavares snapped a two-game point drought with a deflection.

But the Lightning responded on a man advantage of their own when Kucherov took a quick pass from Hedman and scored past Andersen for his second at 11:24.

Shattenkirk made it 3-2 1:21 later, moving past Morgan Rielly and firing a backhand home for his third.

Mikael Sergachev hit the post behind Andersen on shot that nearly put the Lightning up by two. Moments later, Matthews responded with his sixth after Vasilevskiy coughed up a rebound at 17:56.

Stamkos restored Tampa Bay's lead with 42.7 seconds left in the period when he snapped his third past Andersen for a 4-3 lead.

NOTES: Point's assist on the Lightning's fourth goal was the 200th point of his career. ... Toronto visits the Detroit Red Wings on Saturday, while Tampa visits Ottawa. ... Attendance was 19,387. ... Hedman played in his 700th NHL game.

Lightning: At Ottawa on Saturday.

Maple Leafs: At Detroit on Saturday.