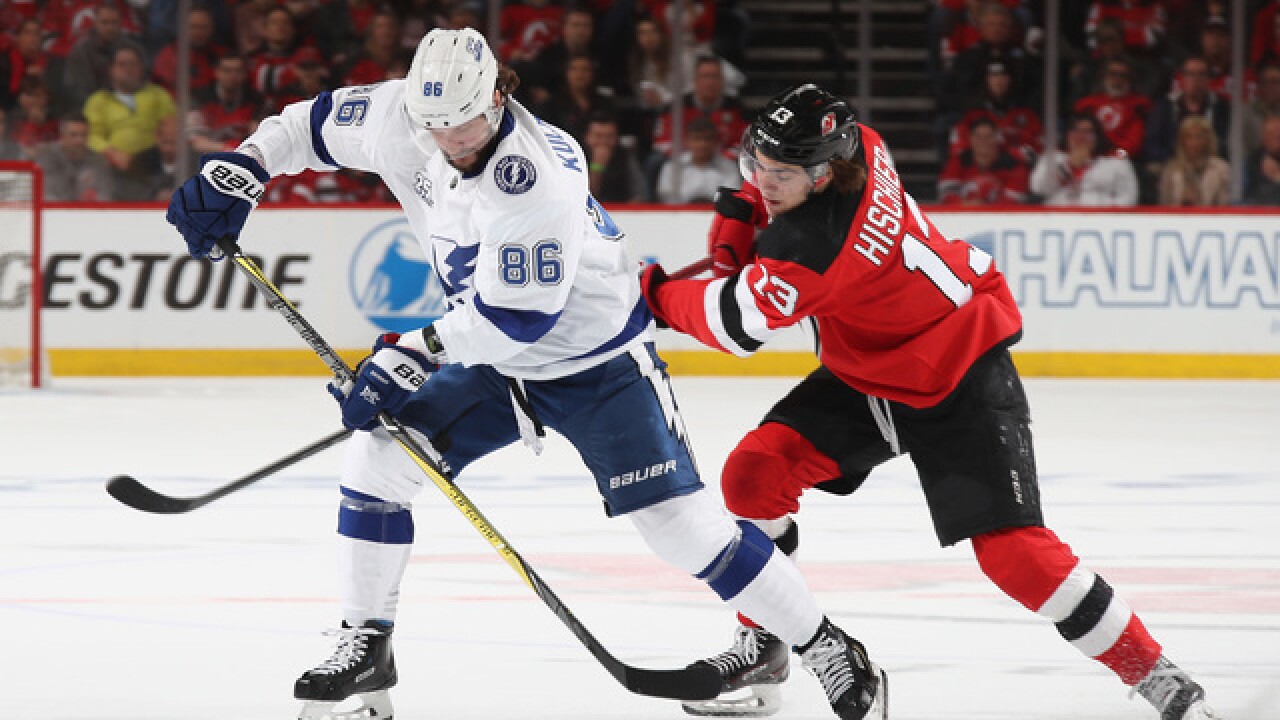 Copyright 2018 Scripps Media, Inc. All rights reserved. This material may not be published, broadcast, rewritten, or redistributed.
Bruce Bennett
<p>NEWARK, NJ - APRIL 16: Nikita Kucherov #86 of the Tampa Bay Lightning is checked by Nico Hischier #13 of the New Jersey Devils during the first period in Game Three of the Eastern Conference First Round during the 2018 NHL Stanley Cup Playoffs at the Prudential Center on April 16, 2018 in Newark, New Jersey. (Photo by Bruce Bennett/Getty Images)</p>

It was one of many huge hits in a very physical game 4 that the Lightning ultimately won 3-1.

The league reportedly said significant contact was not made with Vatanen's head during the hit.

Coach Jon Cooper called the check a "heck of a hockey hit" and a "bang-bang play."

Kucherov had two goals and an assist for the Bolts in the game, and has four goals and five assists in the series.