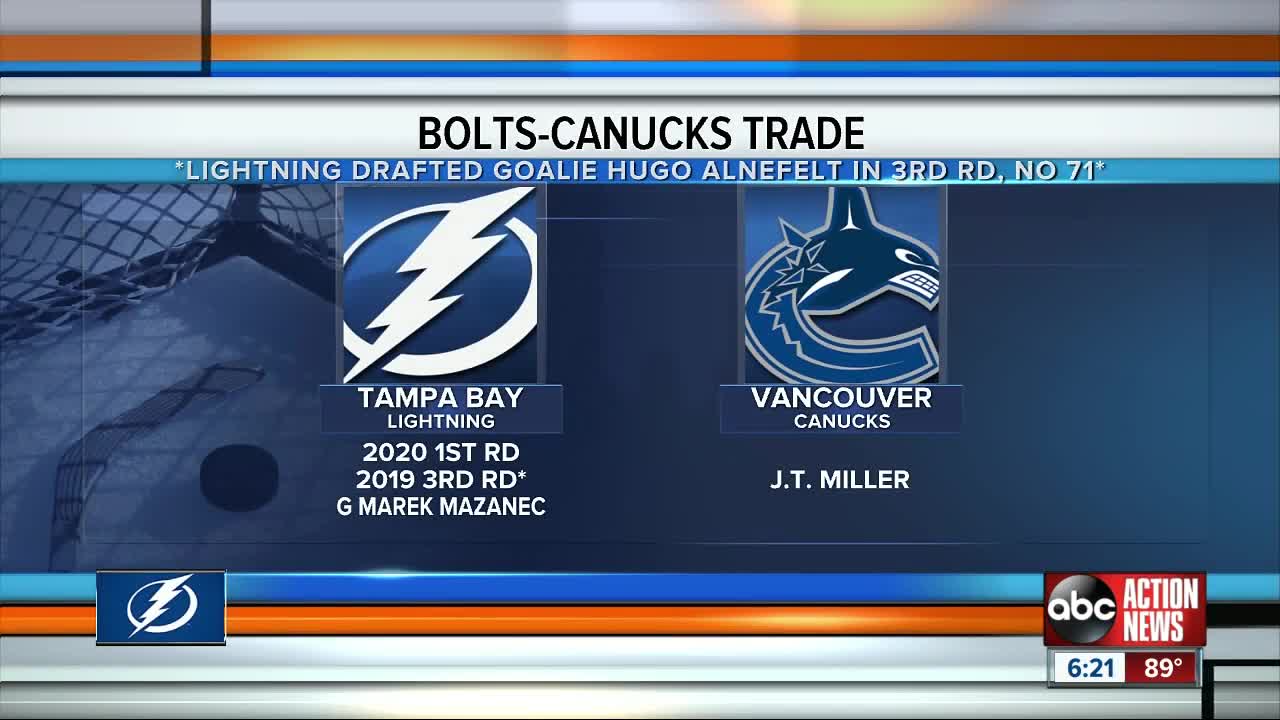 The Tampa Bay Lightning have traded forward J.T. Miller to the Vancouver Canucks. 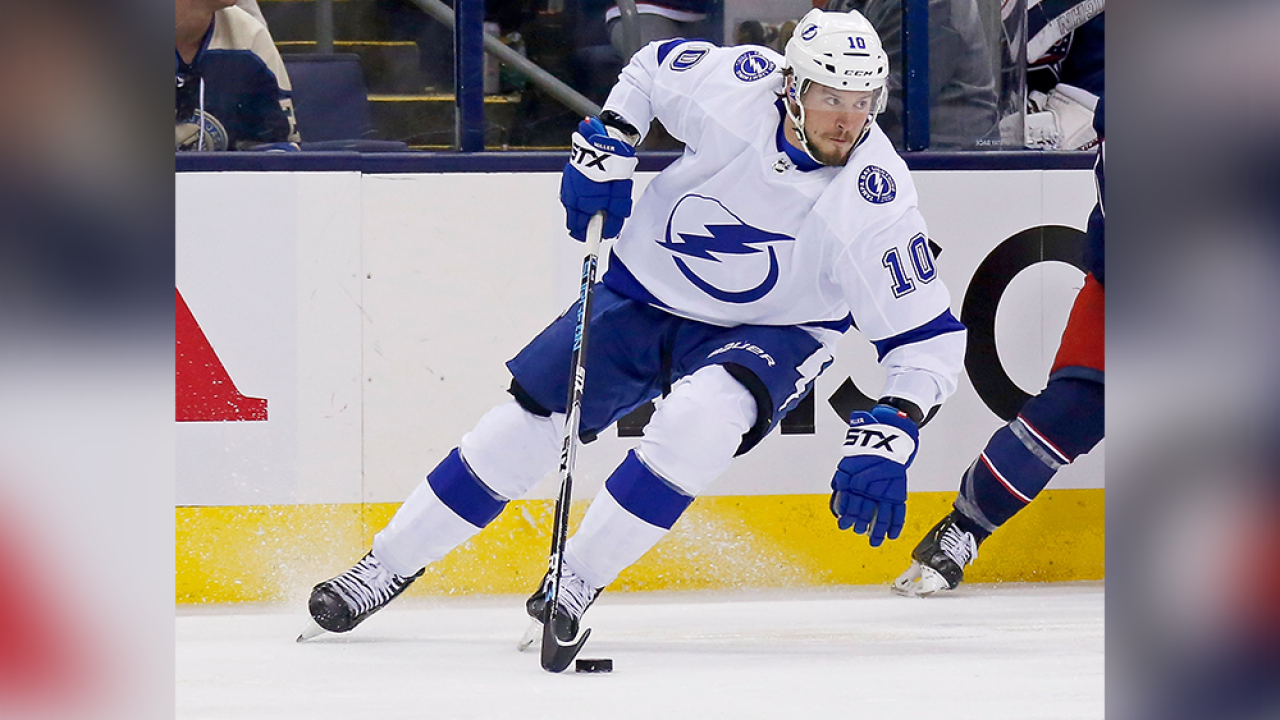 According to Lightning reporter Caley Chelios, Tampa Bay will receive a conditional first-round pick in the 2020 draft and goaltender Marek Mazanec, who was selected in the third-round of the 2019 draft.

TRADE: The Lightning have traded forward J.T. Miller to Vancouver for a conditional first-round pick in 2020, a third-round selection in 2019 and goaltender Marek Mazanec. Should the Canucks not make the playoffs in 2019-20, the first-round selection will move to the 2021 draft.

Chelios added if the Canucks fail to make the Stanley Cup playoffs next season, the first-round selection will move to the 2021 draft.

Miller joined Tampa Bay during the Feb. 2018 trade deadline after the Rangers sent him and Ryan McDonagh to the Lightning in exchange for Libor Hajek, Brett Howden, Vadislav Namestnikov and a pair of draft picks.

Miller, 26, scored 23 goals and had 42 assists in the 94 regular season games he suited up for the Lightning.

*Bolts save $5.25 million worth of cap space and reload with future draft picks which they desperately needed. https://t.co/xcqQVZ6sWe

Shortly after the trade became official, the Lightning posted a thank-you tweet for Miller.

Thank you for all you gave us in your time as a Bolt, Millsy.

You will always have fans in Tampa. ⚡️ pic.twitter.com/H8tFXydYsd

Miller leaves the Lightning team that tied the 1995-1996 Detroit Red Wings for most regular-season victories with 62 in the 2018-2019 season. Tampa Bay's historic season, however, ended on a disappointing note after being swept in the first round of the Stanley Cup Playoffs to the Columbus Blue Jackets.