Coleman has 21 goals and 10 assists this season 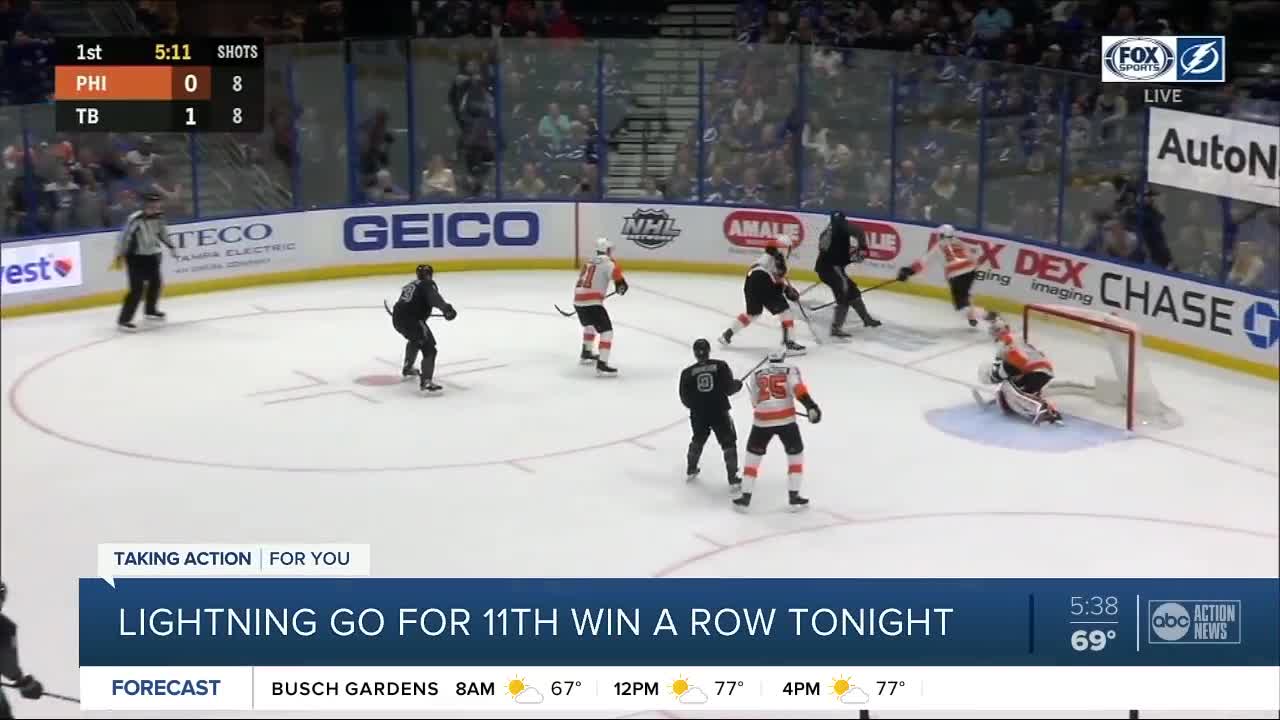 Lightning general manger Julien BriseBois is beefing up his team's lineup to make a deep run in the upcoming Stanley Cup playoffs. Story:

The Lightning acquired forward Blake Coleman from the New Jersey Devils for prospect Nolan Foote and a first round draft pick.

Coleman has 21 goals and 10 assists in 57 games this season. He plays a very physical game and is known for his hitting and willingness to block shots. He is also one of the best penalty killers in the NHL.

The Lightning acquire more than just a rental player. Coleman is under contract for the 2020-2021 season. His salary is very team-friendly with an average annual value of $1.8 million.

Coleman hopes to make his debut for Tampa Bay at their game Thursday night in Las Vegas. The Lightning, who have won 10 games in a row, play at Colorado on Monday night.

Nolan Foote was the Lightning's first-round pick (27th overall) at the 2019 NHL Draft. He is the son of former Colorado Avalanche defenseman Adam Foote. The 19-year-old forward has 15 goals and 18 assists in 26 games this season with the Kelowna Rockets of the Western Hockey League.

The 2020 first round draft pick going to New Jersey is the one Tampa Bay acquired from Vancouver in the J.T. Miller trade last summer. Because the pick is protected, the Devils will instead receive the Canucks' first-round selection in the 2021 draft if Vancouver misses the 2020 Stanley Cup playoffs.