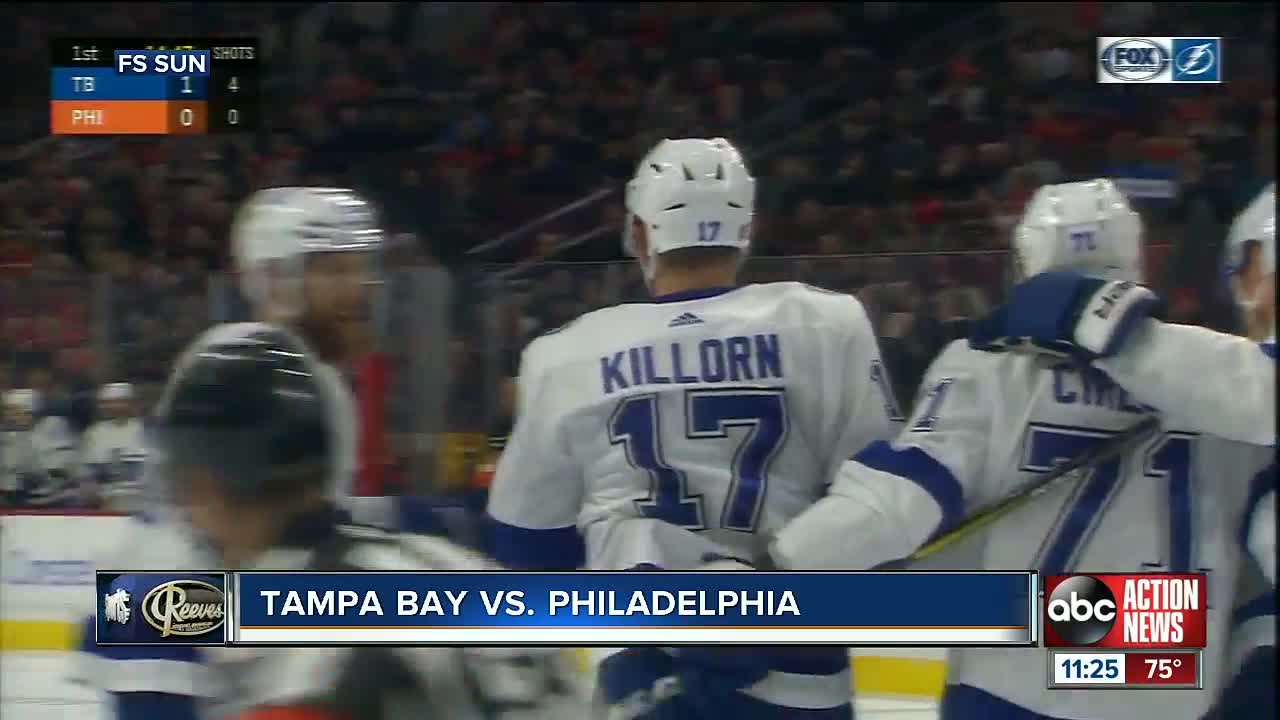 The Tampa Bay Lightning showed off their depth to continue their roll. Tampa Bay was without top goal scorer Brayden Point and top defenseman Victor Hedman, and it rested starting goalie Andrei Vasilevskiy. Oh, and the NHL points leader, Nikita Kucherov, had a rare off night. Not a problem. Not at all. J.T. Miller had a goal and an assist, and the Lightning used a fast start to win their seventh straight, beating the Philadelphia Flyers 5-2 on Tuesday. 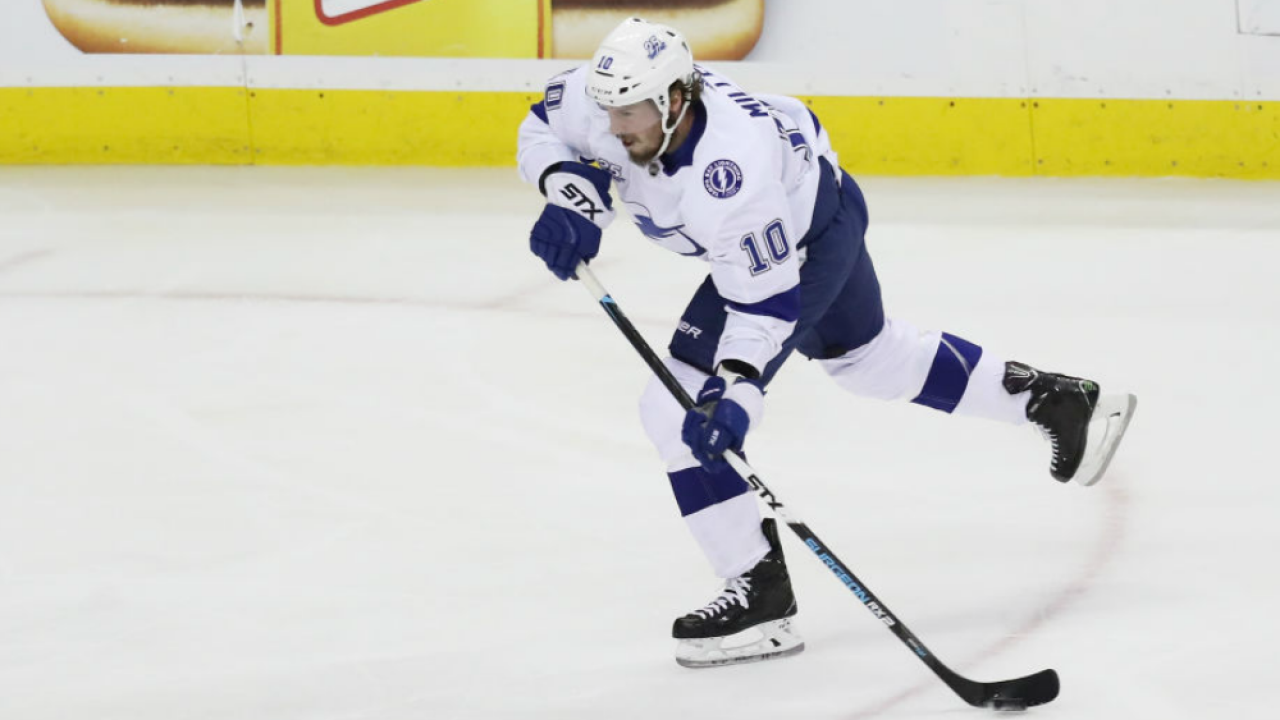 PHILADELPHIA (AP) -- The Tampa Bay Lightning showed off their depth to continue their roll.

Not a problem. Not at all.

J.T. Miller had a goal and an assist, and the Lightning used a fast start to win their seventh straight, beating the Philadelphia Flyers 5-2 on Tuesday.

Alex Killorn, Mikhail Sergachev and Yanni Gourde also scored, and Ryan McDonagh added an empty-netter for Tampa Bay (46-11-4, 96 points), which entered 15 points ahead of Calgary for the most in the league. The Lightning were 16 points clear of Boston, the Eastern Conference's next-best team, beginning Tuesday.

"It's a big strength of ours," McDonagh said of the team's depth. "It's a good sign some other guys got rewarded for playing the right way."

Louis Domingue made 28 saves in place of Vasilevskiy, who rested after making 39 stops in the Lightning's 5-1 win at Columbus on Monday night. Domingue improved to 19-4.

Oskar Lindblom and Travis Konecny scored for Philadelphia, which lost for just the third time in the last 15 contests.

The Lightning scored three goals in the opening 10:23 to chase rookie Carter Hart. The 20-year-old Hart, who was starting his third game in four days, was lifted after allowing three goals on nine shots. He had won 10 of 11 games.

"We didn't give Carter a chance," Flyers interim coach Scott Gordon said. "He's bounced back before. I don't have any concerns. I want him to be ready for Thursday."

Sergachev started the Lightning scoring 2:22 into the first when his wrist shot from long range went off defenseman Shayne Gostisbehere's left skate and through Hart's legs.

Killorn netted his 13th of the season 2:51 later on a rebound after Adam Erne's deflection of Anthony Cirelli's shot went off the post.

Miller scored unassisted with 9:37 left in the period, beating Hart on the glove side on a 2-on-1.

"It really helps when you start like we did," Cooper said. "We put them on their heels, and it's really tough to come back."

Brian Elliott, in his first game since Nov. 15 due to a lower body injury, replaced Hart. Elliott made 22 saves.

Lindblom notched his third goal in two games, pulling the Flyers within 3-1 when he redirected Sean Couturier's pass past Domingue 1:03 into the third. Tampa Bay got that one back by recording a power-play goal for the sixth straight contest when Gourde's slap shot from a sharp angle sneaked past Elliott, who was without a stick, with 12:18 remaining.

Konecny made it a two-goal game again when he finished a cross-ice pass with a wrist shot from a sharp angle with 9:09 left.

Tampa Bay's Steven Stamkos extended his point streak to seven straight games with an assist, but Kucherov went without a point to snap his five-game multipoint streak. Kucherov, who had 18 points in the five games entering Tuesday, entered with an NHL-leading 99 points.

Notes: Hedman, who leads Lightning defensemen with 37 points, didn't play after injuring his lower body in the first period Monday. ... Point was held out as punishment for missing a team meeting. ... The Lightning swept the season series 3-0. Tampa Bay took the first two games, both by 6-5 in overtime, on Nov. 17 and Dec. 27. ... With two assists on Tuesday, Couturier now has 27 points (9 goals, 18 assists) in his last 19 games.