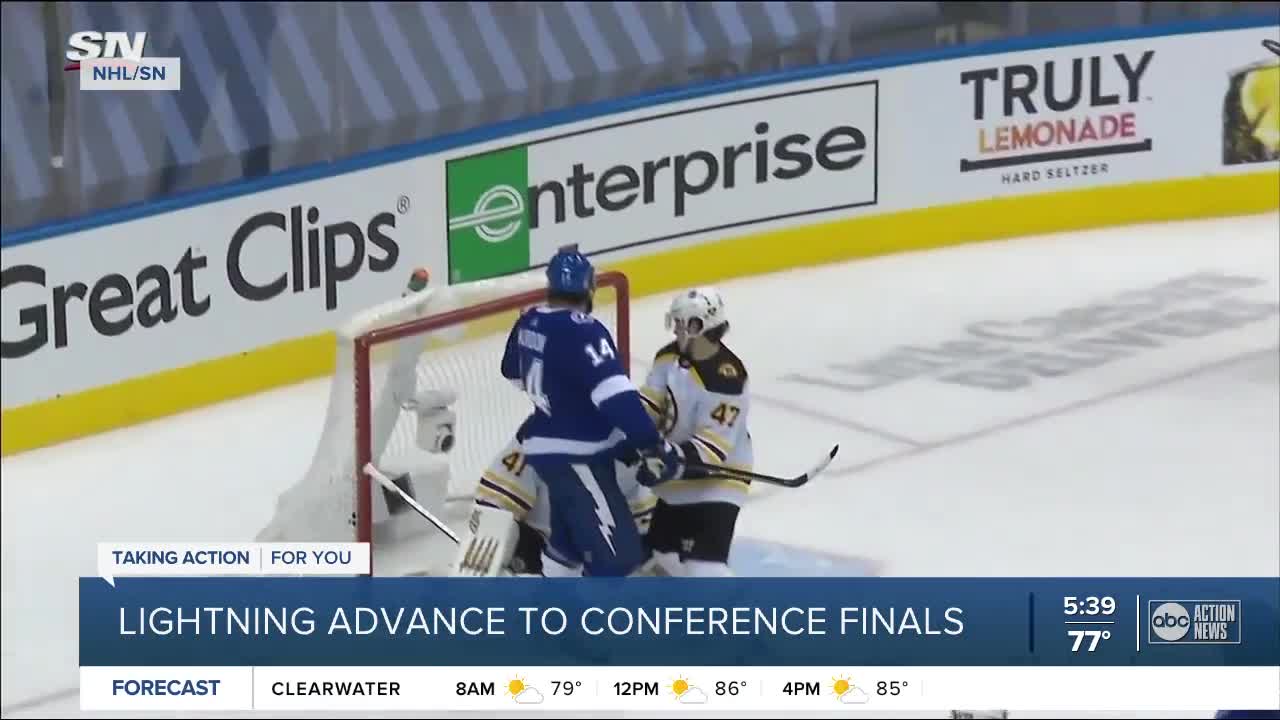 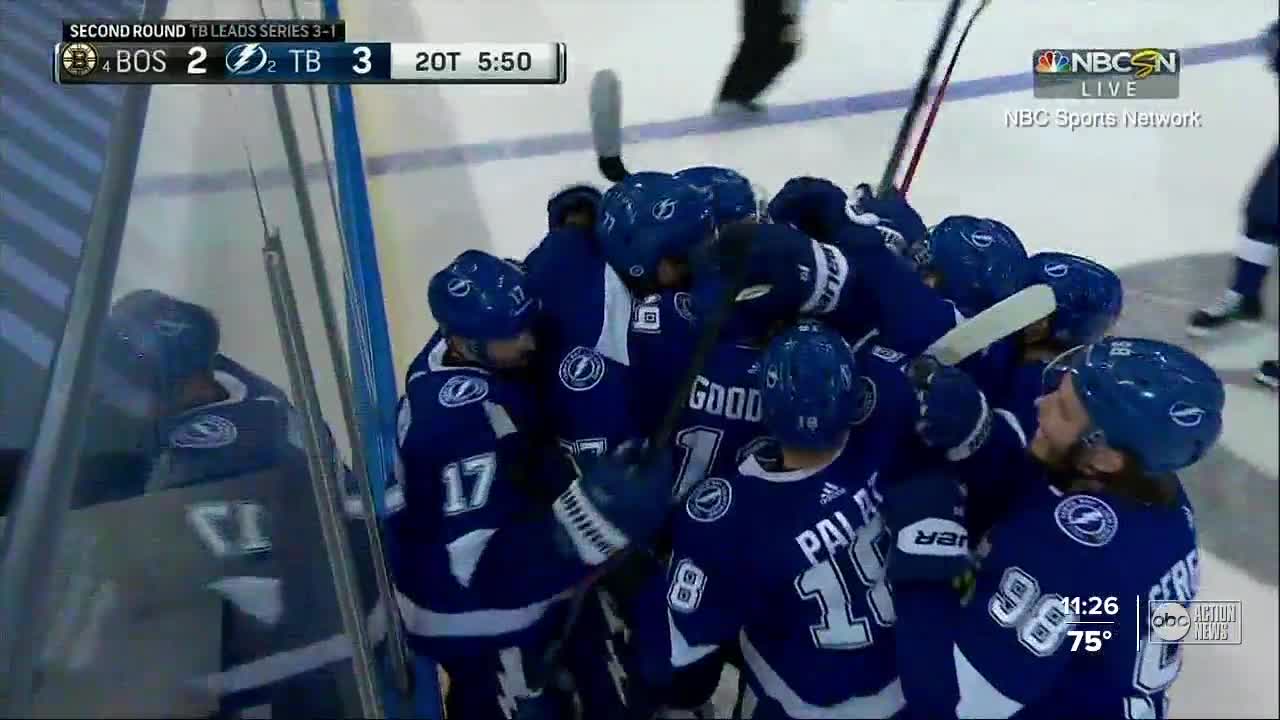 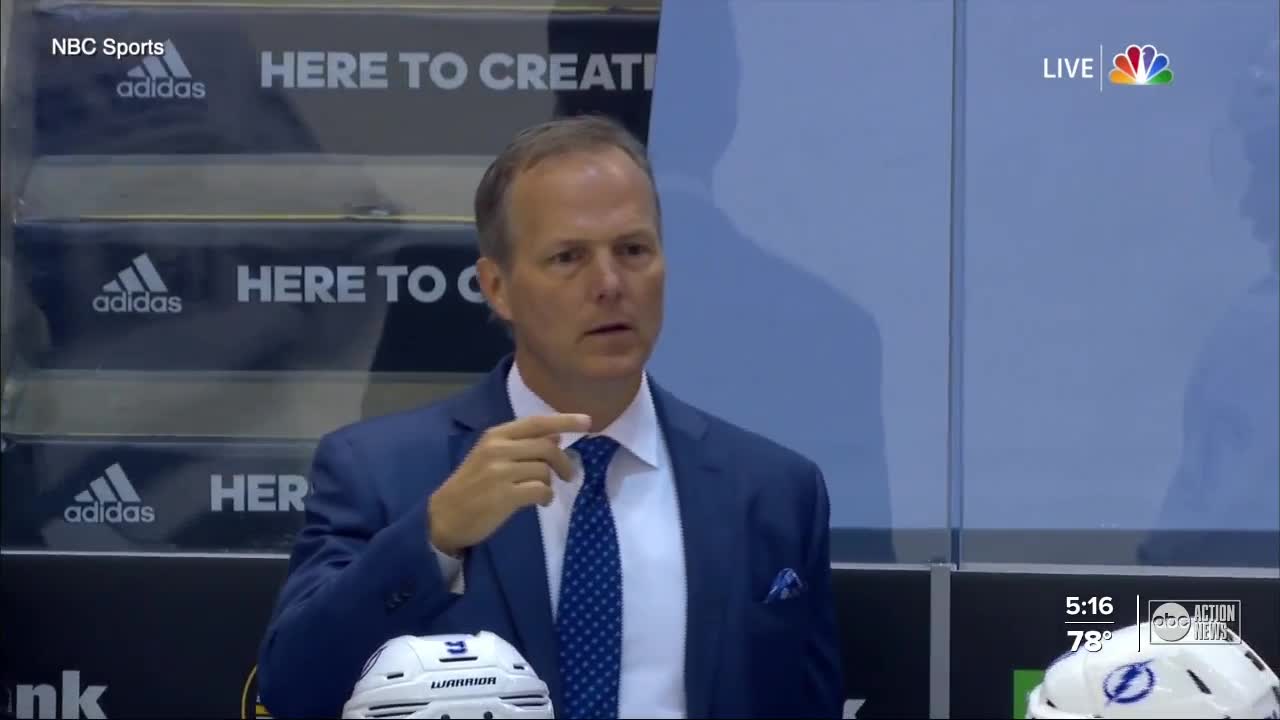 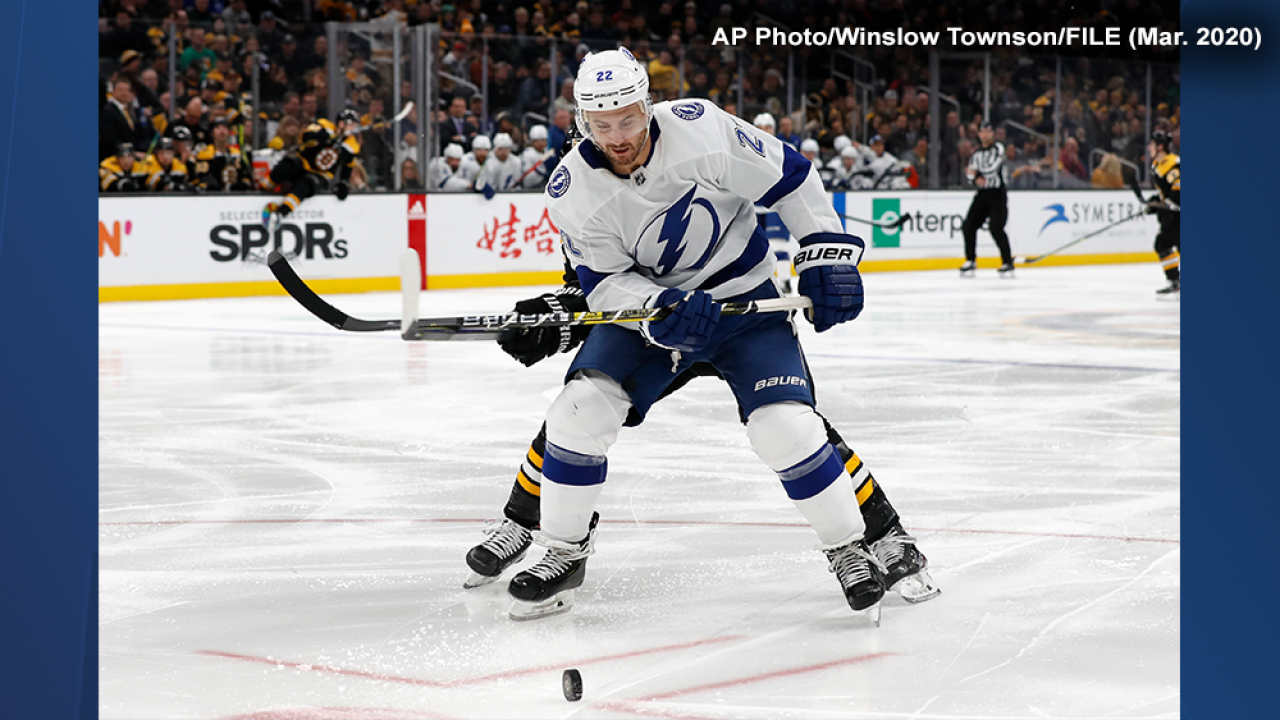 Tampa Bay secures a ticket to the Eastern Conference finals after the game-winning goal in double overtime from Victor Hedman.

After a scoreless first period, the Lightning drew first blood after Ondrej Palat found the back of the net via assists from Kevin Shattenkirk and Blake Coleman a little over four minutes into the second period.

Lightning star Nikita Kucherov was taken to the dressing room after taking a stick to the face from Bruins' Zdeno Chara. Chara was issued a 4-minute penalty for the incident. Kucherov returned briefly in the second period but never returned for the third period.

Boston's David Pastrnak answered about eight minutes later in the second period on a one-timer from David Krejci and Patrice Bergeron to tie the game up 1-1.