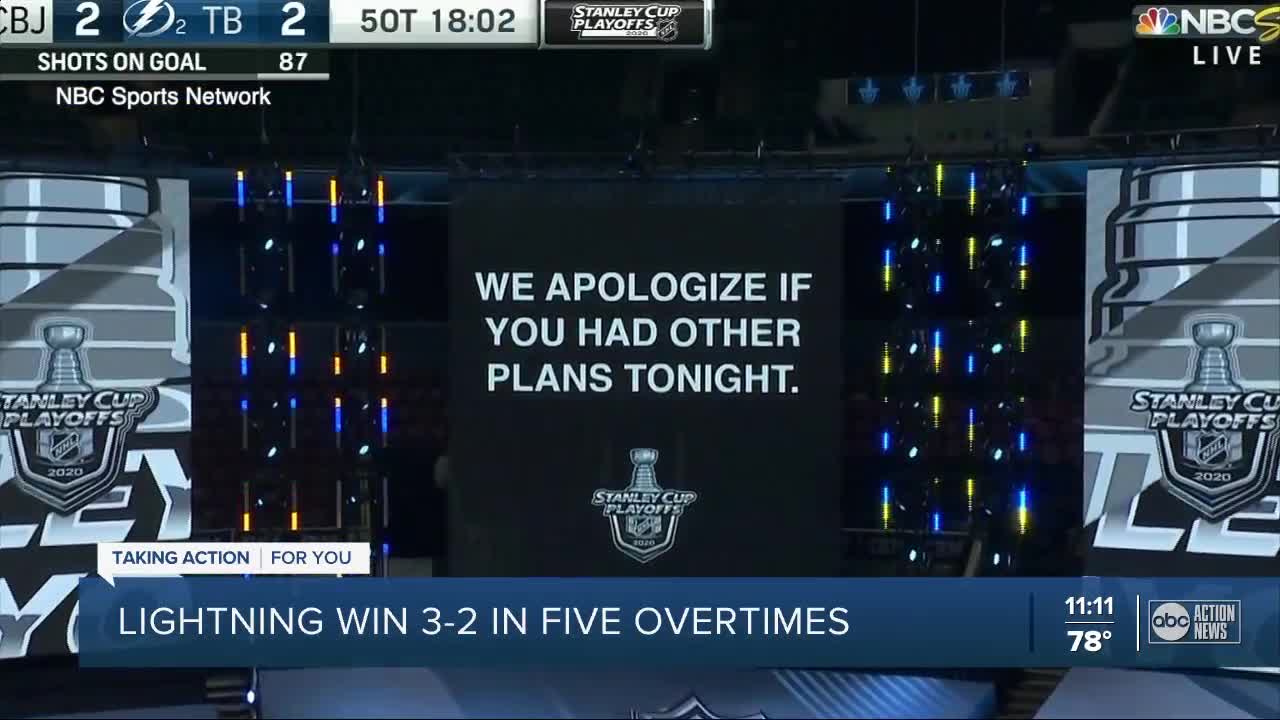 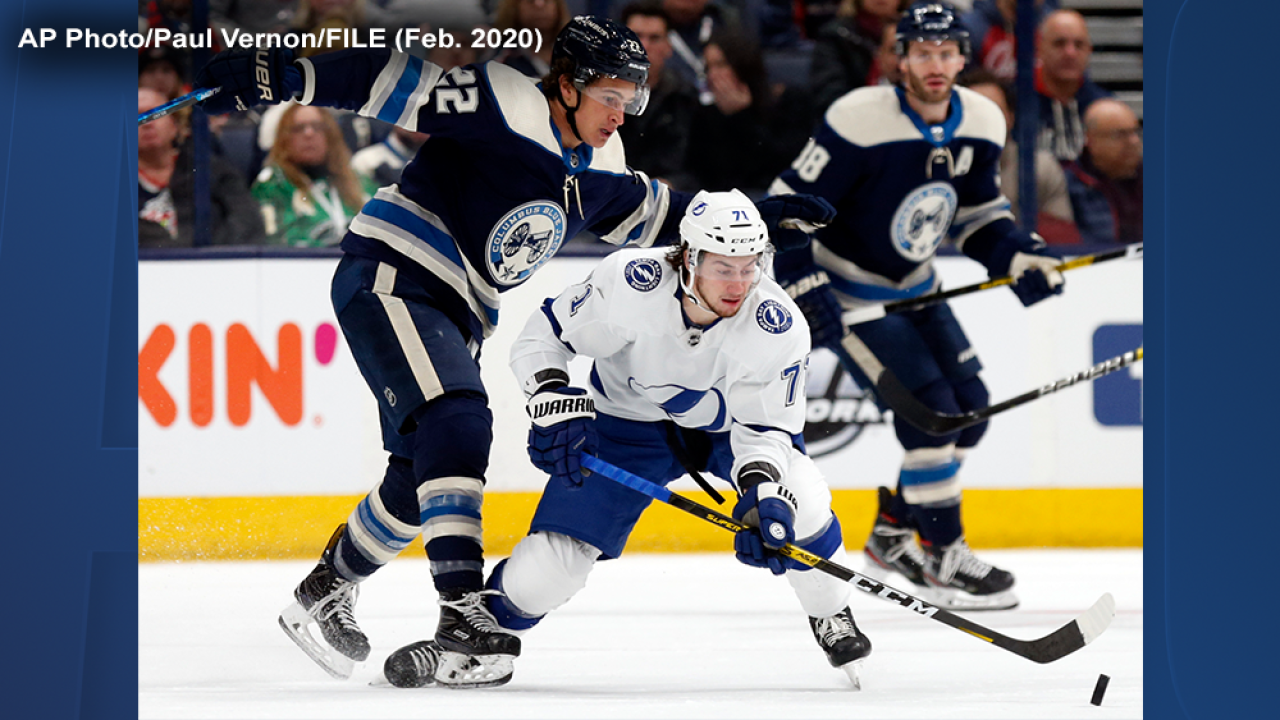 TAMPA, Fla. — The Tampa Bay Lightning look to exorcise their postseason demons against the Columbus Blue Jackets, the team that swept the Bolts in the first round of the 2019 Stanley Cup Playoffs.

The Lightning held off the Blue Jackets' comeback push in the 2-1 win in Game 4 on Monday.

Tampa Bay drew first blood after Barclay Goodrow scored on an assist from teammates Blake Coleman and Yanni Gourde just seconds after the start of the second period.

Gourde helped extend the Bolts' lead to 2-0 after after finding the back of the net from on an assist from Kevin Shattenkirk and Barclay Goodrow.

The Blue Jackets' Cam Atkinson later helped put Columbus on the board after scoring a goal with a little less than six minutes into the second period.

The Bolts defense remained rock solid to hold off a possible Blue Jackets comeback in the third period. With the win on Monday, Tampa Bay extends its series lead to 3-1 in the best-of-7 series.

The Lightning secured the second seed in the Eastern Conference bracket after finishing second to the Philadelphia Flyers in round-robin play. Tampa Bay finished second in the pandemic-shortened regular season to the Boston Bruins.

The Blue Jackets locked a spot in the 2020 Stanley Cup Playoffs after beating the Toronto Maple Leafs 3-0 in winner-take-all Game 5 of the qualifying round. Columbus finished the abbreviated regular season with the ninth most points in the Eastern Conference.

* = All games played in Toronto.