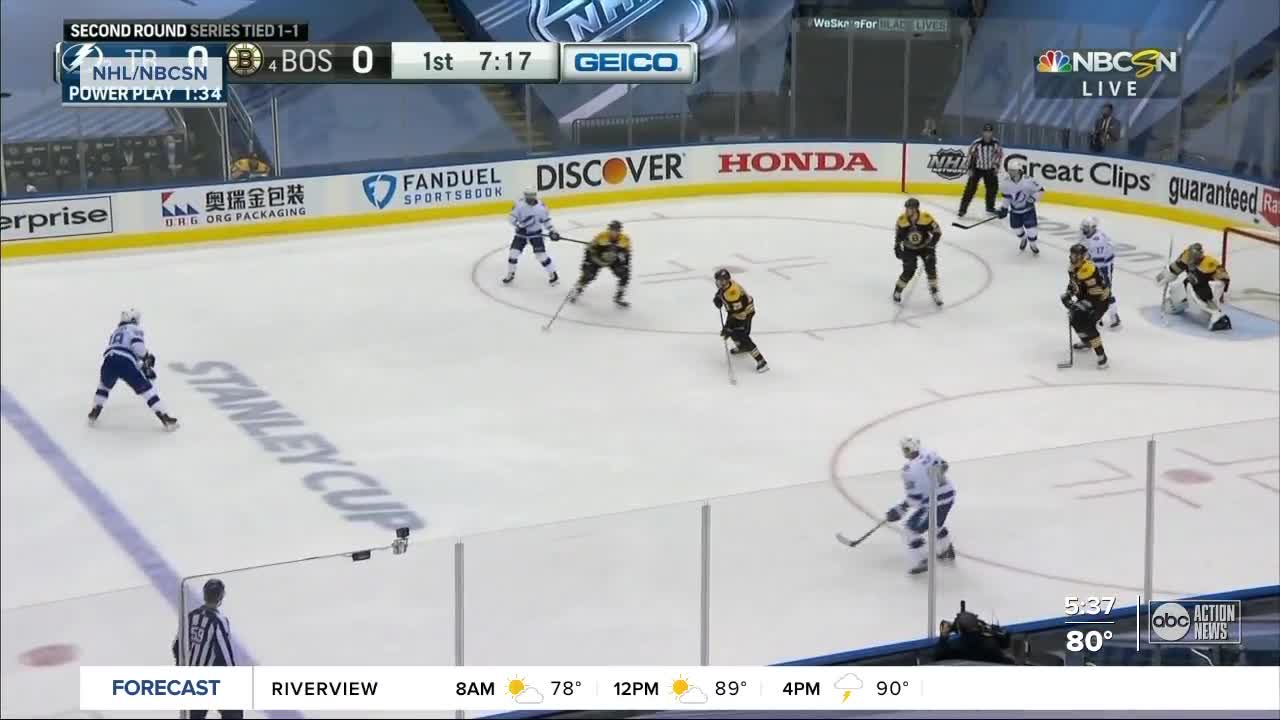 The Tampa Bay Lightning took the series lead after blowing out the Boston Bruins 7-1 in Game 3. 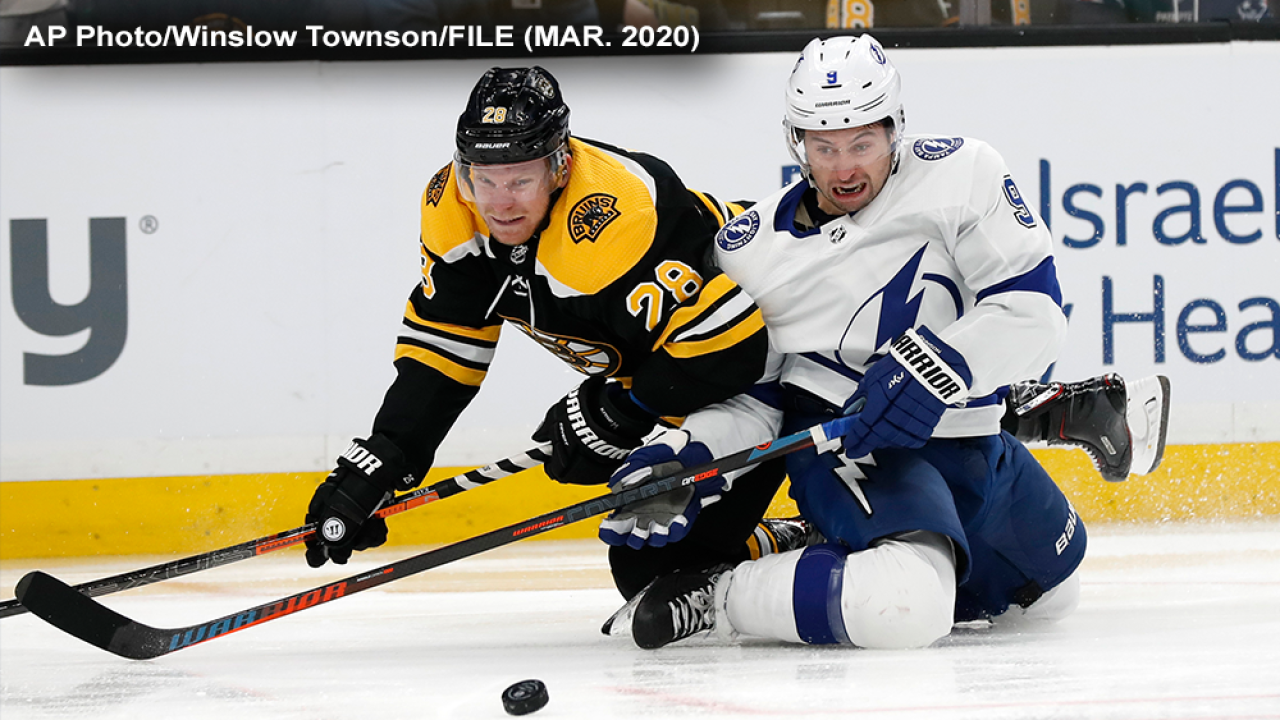 TORONTO — The Tampa Bay Lightning took the series lead after blowing out the Boston Bruins 7-1 in Game 3 of the Stanley Cup Playoffs' second round.

The Bolts drew first blood with a goal from Ondrej Palat a little over 7 minutes left in the first period. Just seconds later, Yanni Gourde found the back of the net to help the Bolts take a 2-0 lead at the end of the first period.

The Bolts went onto outscore the Bruins four goals to one to take a 6-2 lead at the end of the second period.

Nikita Kucherov found the back of the net thanks to a nice assist from Brayden Point to give the Bolts a 7-1 lead in the middle of the third period.

Tampa Bay played its second game in a row without Ryan McDonagh, who was scratched from Game 3 due to an injury.